Schumacher has had two big accidents this season in Saudi Arabia and at Monaco, with two cars effectively written off which has strained the small team's budget to the limit.

Before the race in Azerbaijan, Steiner publicly warned Schumacher that this could not go on. Schumacher went on to have an incident-free race in Baku - but was also stuck at the back for most of it.

Steiner says that the young German needs to find a better compromise between keeping the car safe while also being competitive in future.

“It is for sure a tricky situation at the moment for him and for the team as well,” Steiner told the media in Baku, as quoted by Motorsport.com.

“But I think he did the right thing [playing it safe in Baku] because if he would have wrecked again, that wouldn't be good, you know?" he acknowledged.

“I'd rather it was like this than wrecking again trying to do something which maybe isn't there.

“At the moment, the problem is actually getting the parts made because we are so far behind with production now," Steiner also told Channel 4.

"We didn’t envisage making this many parts," he admitted. "The production is just the bottleneck at the moment so we are trying to catch up, just staying alive." 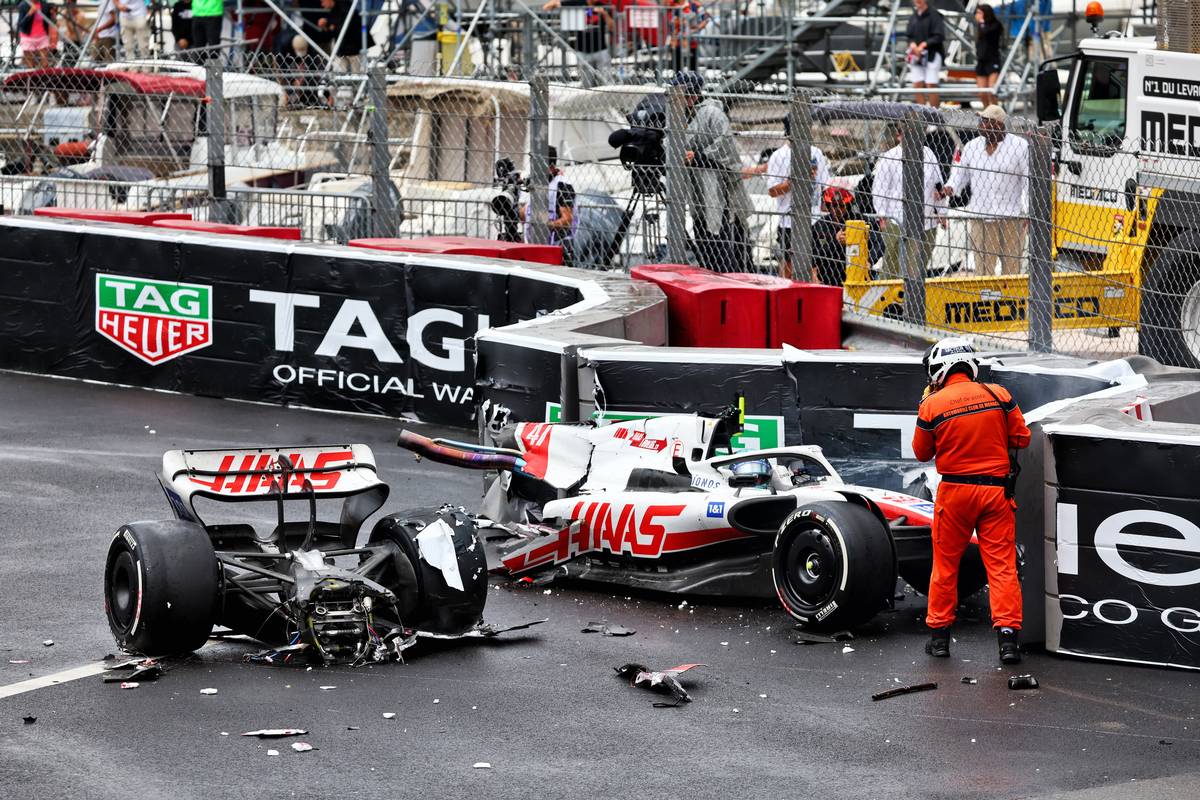 Schumacher's weekend had been compromised with a massive water leak at the start of FP1 which sidelined him for the entire session and compromised the rest of the weekend in turn.

“We only had one free practice," explained Schumacher. "Unfortunately, the set-up wasn't right so then we were stuck with it until the race.

"From Saturday onwards it was kind of clean, so that's good, but once you get to Saturday it's kind of difficult to judge if the set-up is right or not.

“It's not the weekend we were kind of hoping for," he admitted. “It felt quite understeery mid-corner and oversteery on exit, so it's not ideal

Sebastian Vettel - a close friend of Mick's father Michael and something of a mentor to the younger driver since he joined F1 in 2021 - said that Schumacher deserved a break. “Criticism is justified in this respect, but you can’t always just bash him,” Vettel told the German Bild newspaper this week. “You also have to say when something has gone well.

“We are all driving at the limit,” he added. “The fact something can break is part of it.

“I think in this situation you should do everything you can to back yourself up. Even from my own experience, it’s not easy when you are just banging on within the team.”

“Mick is a good driver,” he told his former Arrows team mate Marc Surer on Germany's Sport1 show. “But, if you regularly wreck your car and are a second slower than your team-mate, you’re not attractive to the teams.

“We would have been gone," he added, saying Steiner had been right to publicly admonish Schumacher.

“The announcement to him was high time. Any boss should be able to say ‘My dear fellow, please stop crashing’ after two total write-offs. And he crashed all the time!"

Surer broadly agreed with Dannar, and added: "Mick urgently needs a sense of achievement. He needs a weekend where he’s just lucky and it works. He definitely needs points."

Along with Williams' Nicholas Latifi, Schumacher is the only full-time driver on the grid this year yet to secure a championship point in 2022.

All of Haas' 15 points come from his team mate Kevin Magnussen, who was fifth in the season opener in Bahrain but who retired in Baku with a power unit failure.