Daniel Ricciardo says that he took McLaren boss Zak Brown's candid comments on his disappointing results with the papaya squad as "a roundabout way of a compliment".

Speculation over Ricciardo's future in F1 ramped up last month on the back of a public comment made by Brown to Sky in which the McLaren Racing boss admitted that the Aussie hadn't fulfilled the team's expectations since his arrival in 2021.

"Short of kind of Monza, and a few races, it’s generally not kind of met his or our expectations," Brown told Sky Sports at the time, a comment that placed a cloud of uncertainty over Ricciardo's future although the 32-year-olf is contracted to McLaren until the end of 2023

Ricciardo later said that the paddock chatter over his fate in F1 offered him a good reason to "push back" and to remind everyone and especially himself that he "can still do it". 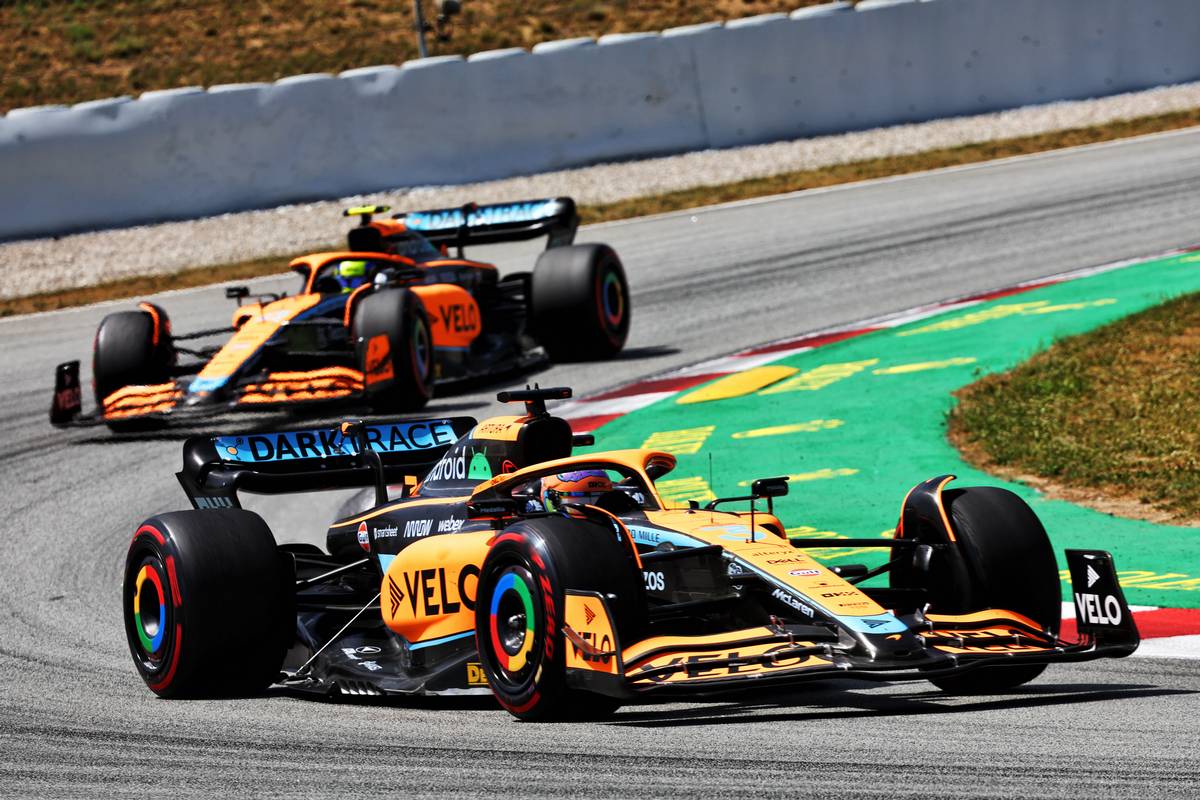 Ahead of this weekend's Canadian Grand Prix, Ricciardo said that he had received Brown's words as a compliment of sorts, and that he welcomed the pressure.

"I know the team cares about me and therefore there is an expectation as to where I can perform and where my ability lies, so with Zak's comment, I am well aware of how I am doing," he the PA.

"I take it as a roundabout way of a compliment because he also believes I can be doing better.

"I am my biggest critic and I don't take that stuff to heart. A bit of pressure is good. It is not something I take personally or negatively."

This weekend, Ricciardo returns to the scene of his debut win in F1, a triumph that took place in 2014 with Red Bull Racing.

On the back of a P8 finish in Azerbaijan, just ahead of teammate Lando Norris, Ricciardo says he's "buzzing" to be back in Montreal after a three-year absence due to Covid.

"All of my favourite races seem to start with M: Melbourne, Monaco, Monza and, obviously, Montreal," he said.

"I'm buzzing to be going back to Canada after a couple of years. Montreal is a great city and there's always a brilliant atmosphere, so I'm looking forward to soaking that all up and using it to keep pushing forward on track - it's always a fun one.

"I got my first win there back in 2014, so hopefully I can use some of that Canadian magic to get some more points for the team this time round."