Ferrari team boss Mattia Binotto says Carlos Sainz is "gaining confidence" with each passing race which in turn is allowing the Spaniard to improve his pace as he demonstrated last weekend in Montreal.

Sainz finished the Canadian Grand Prix hot on the heels of race winner Max Verstappen, hounding the Red Bull driver for all his worth in the closing stages of the race.

After a difficult start to his 2022 campaign during which he appeared to struggle to adapt to Ferrari's race winning F1-75, Sainz reset his season in Miami and has since consistently finished among the top-four save in Baku where a hydraulics failure sidelined the Spaniard after eight laps.

While a maiden Grand Prix win has so far eluded the Scuderia charger, Sainz's consistency and form imply that a first win is on the horizon.

Although happy to see his driver come into his own, Binotto was anything but surprised by Sainz's pace in Montreal.

"Honestly, it was not a surprise," said the Scuderia boss. "If you look at the race sim on Friday, Carlos was very strong already and we were very close to the Red Bulls.

"So, we knew we could fight; how much closer it would have been after Friday, no idea, but we know that our car is competitive.

"Carlos is gaining confidence with the car, he is driving faster and faster and it’s good to see that… he was certainly as fast, if not slightly faster, than Max.”

"I'm pretty sure that he will prove in the next races now that he is a contender as well, for the win on a single race.

"I'm pretty happy the way he drove and it's important for us as the Scuderia that we can count on him as well, to know that he can be very fast." 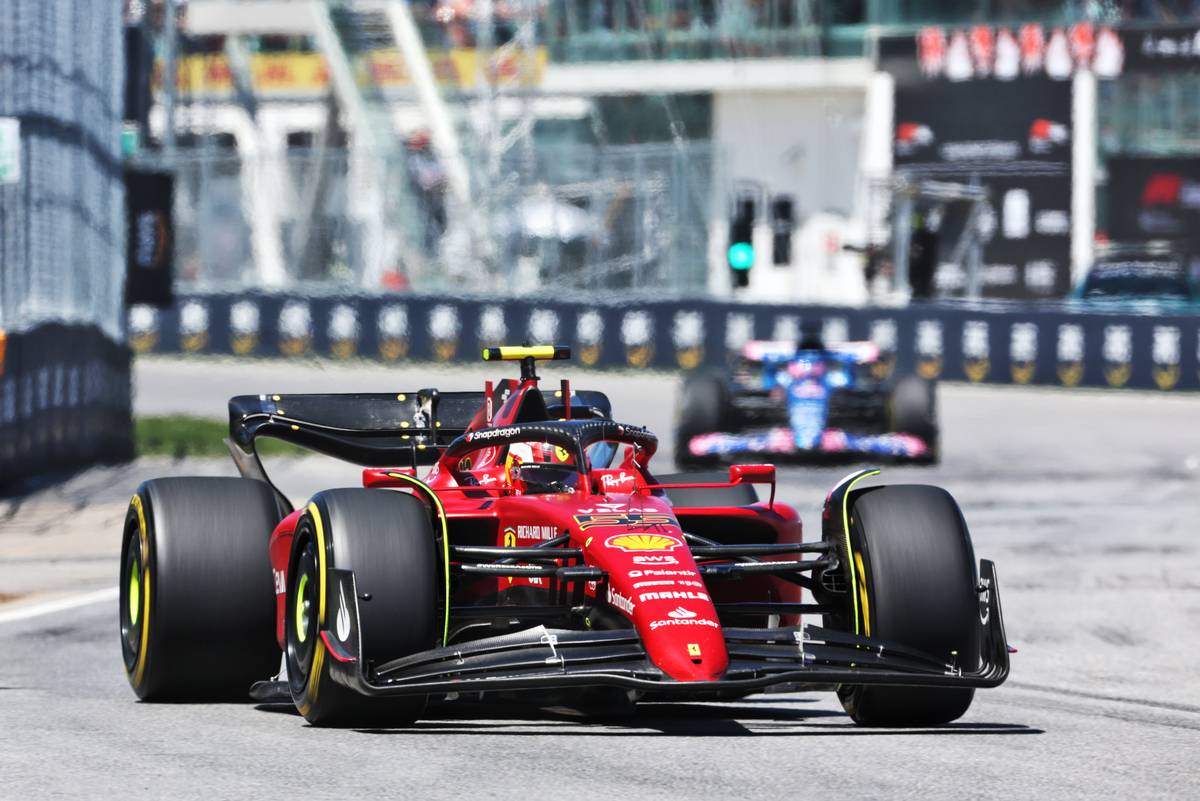 Binotto nevertheless pointed to qualifying as an exercise where Sainz still needs to improve.

The 27-year-old has been outpaced by teammate Charles Leclerc in every Saturday shootout this season except in Canada where the Monegasque was hit with a grid penalty.

"To win with such a close fight with Red Bull and Max, you need to be perfect on the entire weekend," insisted Binotto.

"And if anything, maybe the qualifying was not perfect from Carlos. That cost him a bit maybe because being ahead or chasing, certainly it's a different matter."