Ferrari's Carlos Sainz set the top time in second practice for the British Grand Prix as teams enjoyed their first dry running of the weekend after a shower-hit first session earlier in the day.

Sainz' best time was 1:28.942s which was a tenth and a half clear of British drivers Lewis Hamilton and Lando Norris who received a warm reception from a packed home crowd at Silverstone.

It was a subdued session for Max Verstappen and Charles Leclerc, neither of whom seemed inclined to show their full potential this early in the proceedings. Fernando Alonso was looking quick in P6 ahead of Sergio Perez and George Russell.

After first practice had been made largely irrelevant by the arrival of rain just before the track went green, teams were hoping for dry conditions at Silverstone in the late afternoon. That was especially true for those teams like Mercedes who had brought major upgrade packages to this weekend's race and who now needed time to get them bedded in and see if they were working as advertised. 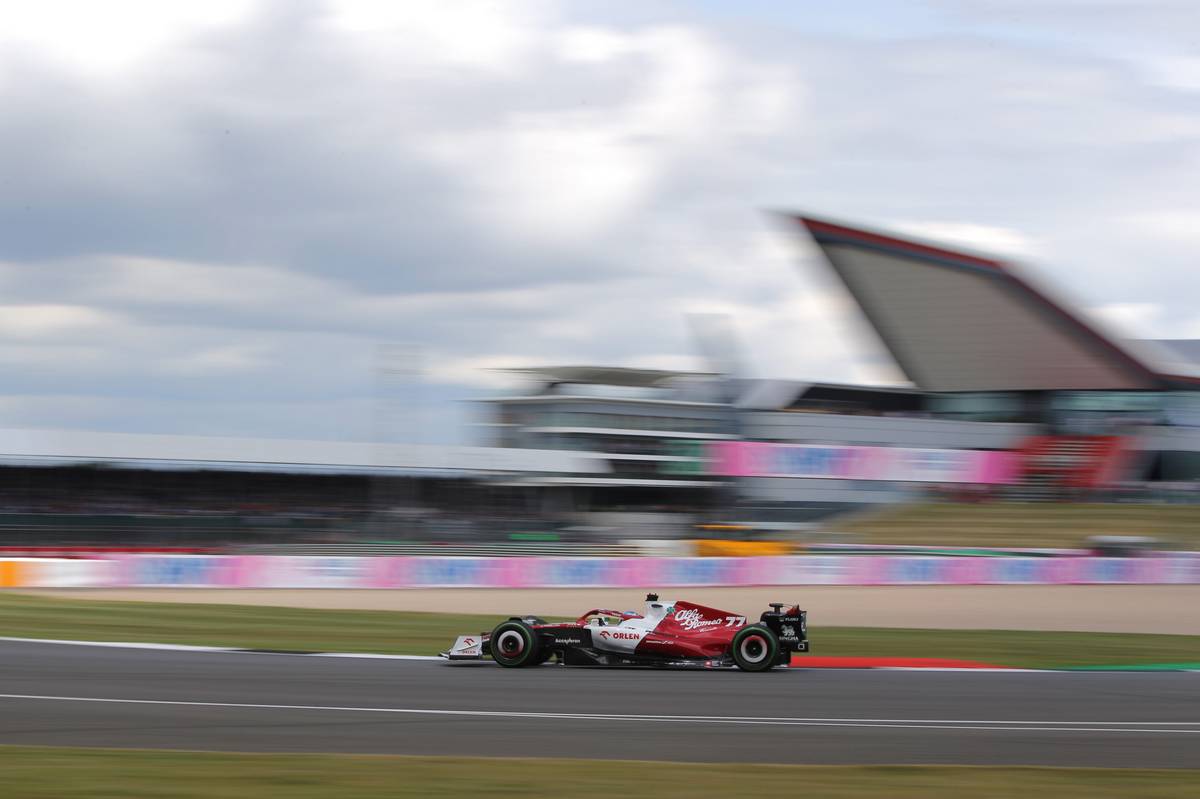 Fortunately this time the rain obligingly kept its distance and the sun was out for the start of FP2, although the temperatures were unusually cool for July and the winds proving quite lively. It meant a different set of headaches for the mechanics as they ushered their cars out on track, with 16 of the 20 cars heading out in the first minute led by Ferrari's Carlos Sainz.

Charles Leclerc took the initial honours with a time of 1:30.786s on mediums less than a tenth quicker than Sainz, followed by Max Verstappen who had been complaining of a 'weird' noise from the RB18 but the pit wall was unable to detect anything amiss on the telemetry. It didn't stop him improving his time on subsequent runs, although Ferrari maintained control with Leclerc timed at 1:29.639s to move three tenths ahead of Sainz, and the Red Bulls of Verstappen and Sergio Perez trailing almost a second behind. They were followed by a brace of former champions in the shape of Mercedes' Lewis Hamilton on mediums and Alpine's Fernando Alonso having broken out the soft tyres early.

Meanwhile George Russell was on the Mercedes team radio complaining that he had been blocked by a 'quite dangerous' AlphaTauri, and he was then also baulked by Lando Norris who had earlier gone wide in the McLaren at Abbey, both Britons making their early runs on the hard compound. Even Verstappen had suffered a massive lock-up at turn 3 because of the wind. Despite that wayward moment he was still able to push on and cut the gap to Leclerc's latest time of 1:29.462s to under half a second to stay in reach of the Ferrari. 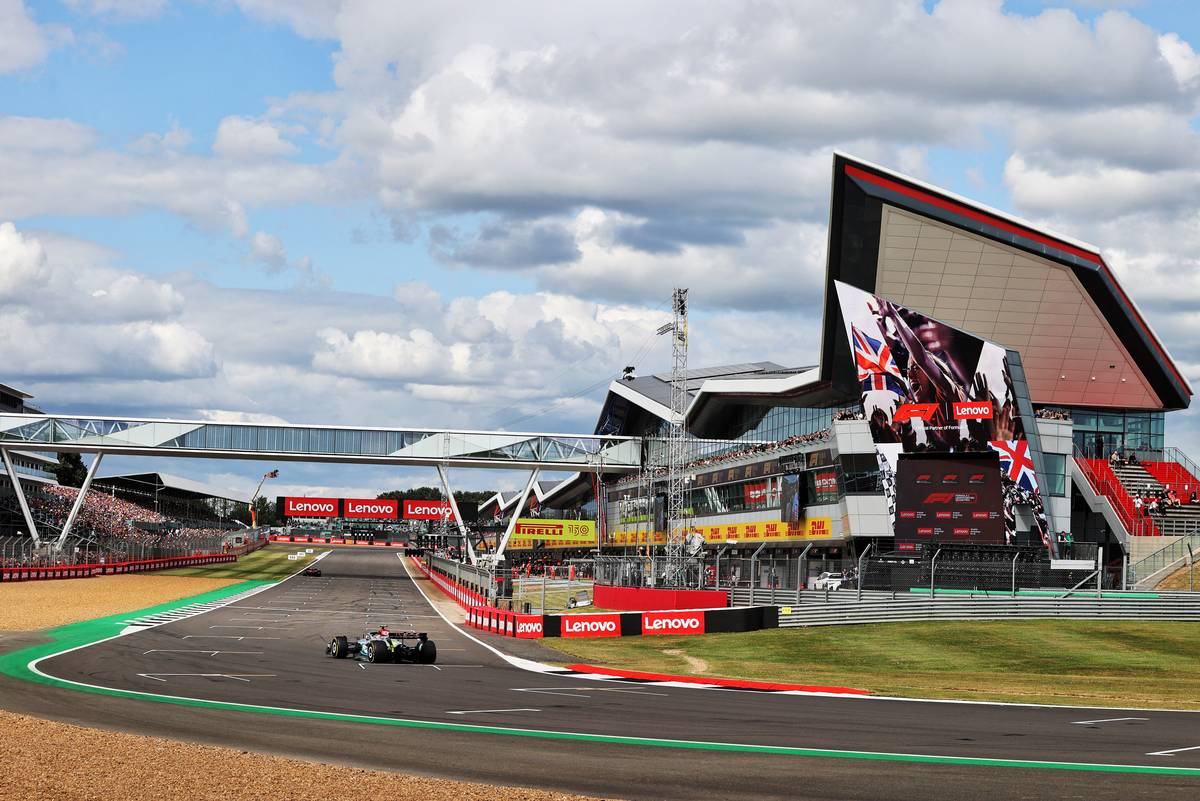 After a return to pit lane to take on new tyres and tweak the settings it was time for qualifying simulations, with the soft compound taking Norris to the top with a time of 1:29.118s. It was only moments before Sainz put Ferrari ahead again by a tenth after switching to the red-walled tyres, despite going wide at Copse and complaining that he had lost time with bouncing. At least he wasn't the only one suffering. Meanwhile Leclerc backed off on his first push lap and didn't set a new time as Alonso went fourth ahead of Russell, with Hamilton and both Red Bulls in no rush to get back out to play.

Sainz improved further to 1:28.942s, and while Leclerc also had a better run he remained three tenths behind Norris. Hamilton and Verstappen now headed out on softs with a little over 20 minutes remaining leaving Perez the last of the front runners to put in an appearance a few moments later. Hamilton leapt into second place with his initial push lap with Verstappen up to fourth behind Norris, having reduced his gap to Sainz at the top to two tenths.

Norris meanwhile had already pitted for hard tyres for his long run practice, although the crew were left discombobulated by a rear jack failure and they had to scramble to find a replacement. Also spending more time in the pits than expected was Sebastian Vettel after Aston Martin found some minor damage to the floor of the AMR22, but it was soon attended to and he was back out on track. Esteban Ocon's day ended slightly early with a cracked sidepod and further issues detected on the Alpine. 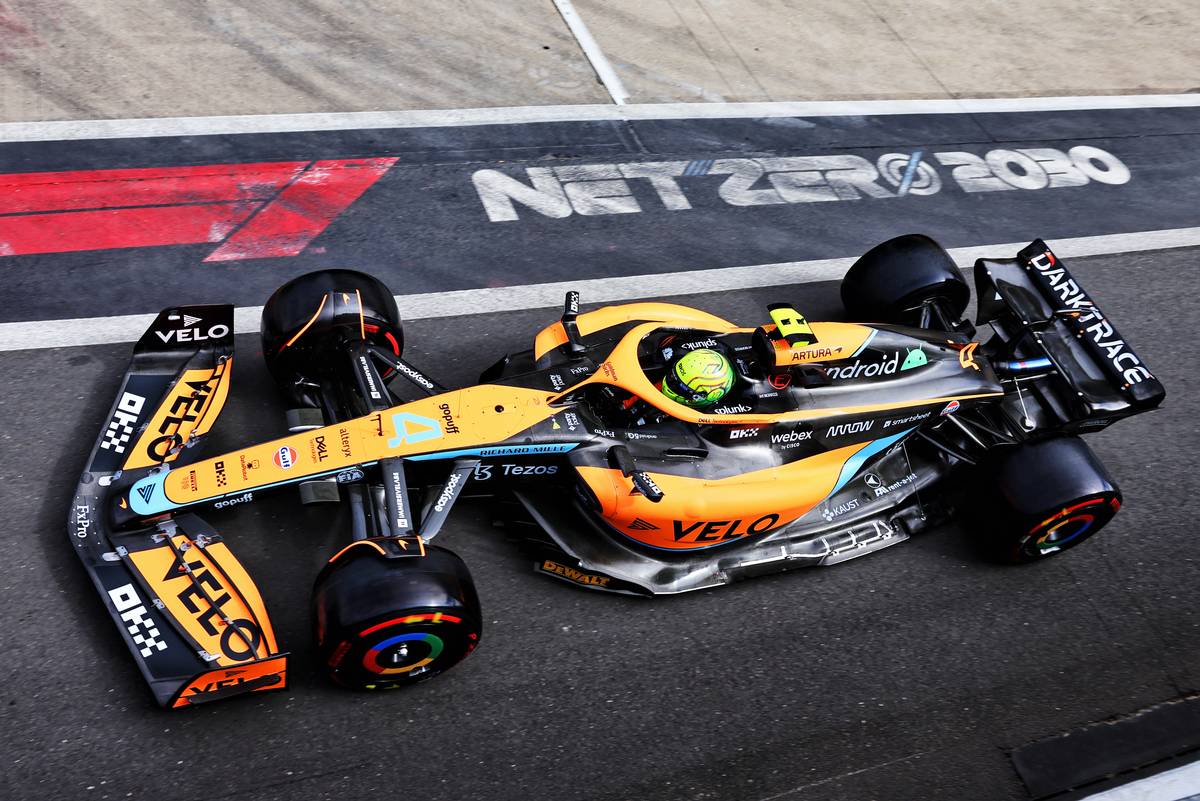 There were no changes to the top times in the final ten minutes leaving Sainz joined by two British drivers - Hamilton and Norris - in the top three in the final standings. They were followed by Verstappen, Leclerc, Alonso, Perez and Russell, with Daniel Ricciardo and Lance Stroll rounding out the top ten as the chequered flag came out to complete the interruption-free hour long session.