The Mercedes team was in upbeat mood on Friday evening after a successful time in the second free practice session for this weekend's British Grand Prix at Silverstone.

The teams only had an hour of dry running after heavy showers hit the start of FP1 leaving just ten drivers setting a time and Lewis Hamilton the only one to do so on slick tyres.

But the late afternoon session was more productive, dry conditions allowing Hamilton and team mate George Russell able to try out the another significant package of upgrades to the troubled W13.

The team certainly seemed happy with what it saw, as Hamilton finished the day second quickest just 0.163s off the top time set by Ferrari's Carlos Sainz.

"It does look like we've made a step forward because we're not normally up near the top on a Friday," chief race engineer Andrew Shovlin told Sky Sports F1 after the end of the session.

"In the long run work it was quite encouraging as well," he said. "Normally we see a half a second gap, maybe even seven or eight tenths, to their faster teams on a long run [but] it didn't look like it was here." 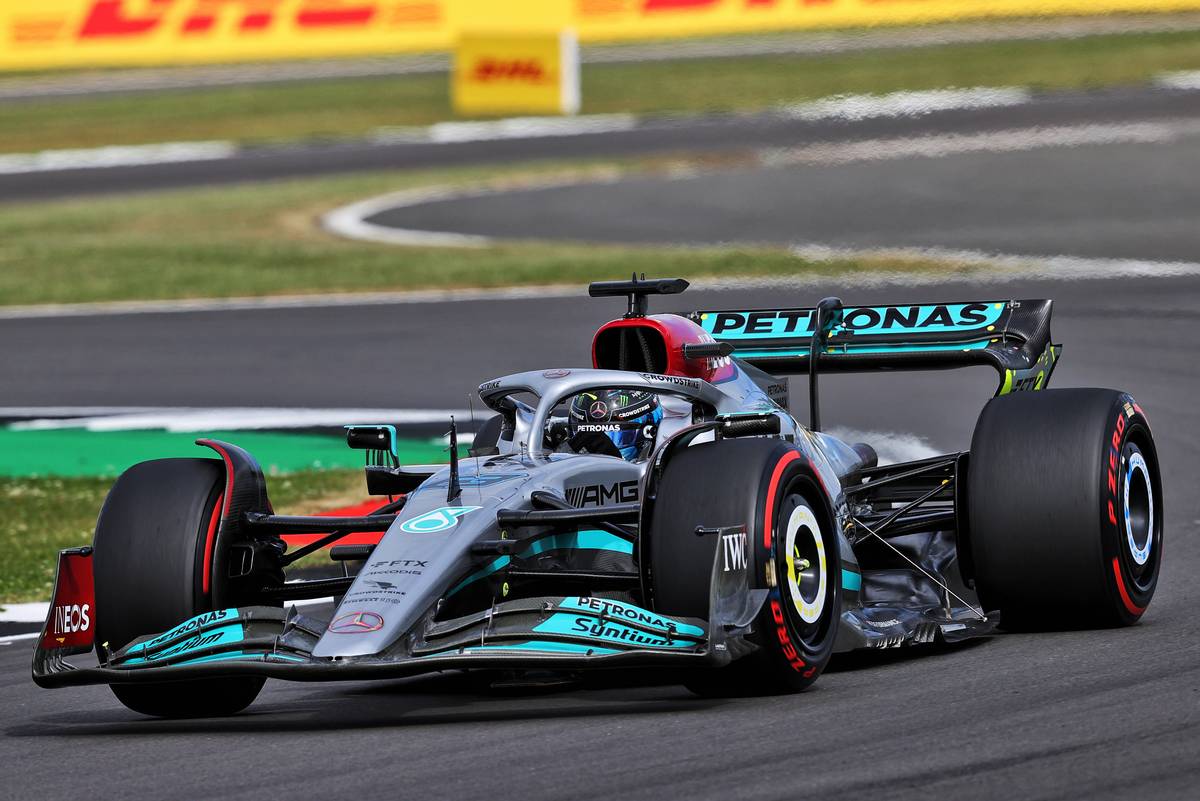 Although the team had made a number of changes to the car for this weekend, Shovlin insisted that they would take things more cautiously and not simply throw the kitchen sink into the effort.

"What we've learned is that taking big steps going into qualifying is not a great idea," he said. "If you get it wrong you're saddled with it through qualifying and through the race."

The team appeared to have made a breakthrough at Barcelona in May but then fell back again when racing turned to three tight and twisting street-style circuits in Monaco, Azerbaijan and Montreal. The team expects Silverstone should play more to their strengths.

"What is encouraging is not so much the circuit working for us, it's that there are circuits where the car works well," Shovlin offered.

"Given that we just had three pretty bumpy, low-speed street circuits, we've understood why we were struggling there a bit," he continued.

"We were pretty aggressive with how we started here and there might be a little bit more to come.

"We know why the car is good here and we know why it's bad there, so now we can try and improve it.