Max Verstappen wasn't in contention for a win at Silverstone on Sunday but the Red Bull driver still enjoyed his tight battle for position with Mick Schumacher in the closing stages of the race.

Early damage to Verstappen's RB18 led to a significant loss of downforce on the Dutchman's car, which relegated the reigning world champion to the midfield.

After fighting with multiple rivals during the 52-lap race, Verstappen found himself fending off Schumacher in the final ten laps of the race, with the pair running respectively P7 and P8.

Although the young German was heading towards his auspicious first points in F1, he didn't hold back in his tussle with Verstappen although he was ultimately unsuccessful in gaining the upper hand over the handicapped Red Bull driver.

"My car was limping a bit," Verstappen explained after the race. "But I knew that also Mick was really trying to go for seventh, and it was fun.

"Of course, I was not enjoying where I was, but you can also appreciate the fight you're having with someone else.

"I think it was actually quite a good battle." 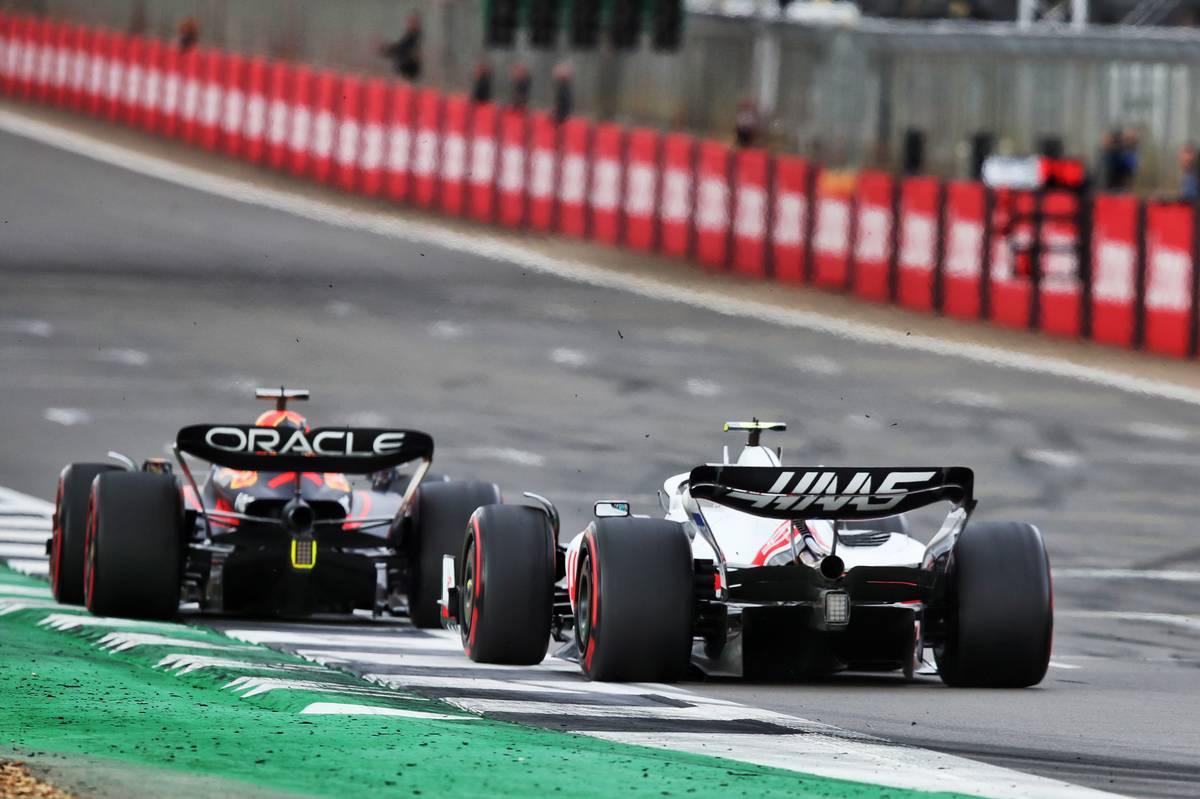 After the race, Verstappen spoke with Schumacher to tell the 23-year-old that it had appreciated their on-track skirmish.

"I said to him, 'I knew you were fighting for the points'. He said, 'Yeah, I know, but I really wanted seventh'. I said, 'I know you did, I saw that!'" Verstappen laughed.

The two drivers almost made contact at the last corner as Verstappen aggressively defended his position.

But the Dutchman reckoned that his rival, given the importance of scoring his first career points, would always back off.