Living legends from F1 and many others from the sport came together on Monday at Westminster Cathedral to pay a final tribute to Sir Frank Williams who passed away last November at 79.

The Memorial Mass of Thanksgiving which took place a day after the British Grand Prix was attended by 600 people, according to Motorsport.com's Adam Cooper, and included many past and present drivers who helped build the Williams legacy.

But many of Sir Frank's peers from the past and present were also present at the service, with Ron Dennis, Eddie Jordan, David Richards, Christian Horner, Andreas Seidl, Otmar Szafnauer and Jost Capito all celebrating the memory of the legendary team owner.

Lovely to be able to pay our respects to the great Sir Frank Williams today. Wish we could do the same for Sir Stirling and Murray too, who we lost during the pandemic. pic.twitter.com/TUdn5ek0t9

Sir Patrick Head, Sir Frank's long-time partner at Williams, led a delegation of past and present team members, while the famed designer also read an appreciation, noting that "Frank would have hated a eulogy".

"Frank was like Tigger for those who have read Winnie the Pooh – full of energy but not always well-directed," said Head who added that "his energy was infectious and enthused the whole team."

The service at Westminster was followed by a reception at the Royal Automobile Club in Pall Mall where Clay Regazzoni's 1979 British Grand Prix winning FW07 – the car that delivered to Williams its first F1 win – was proudly on display. 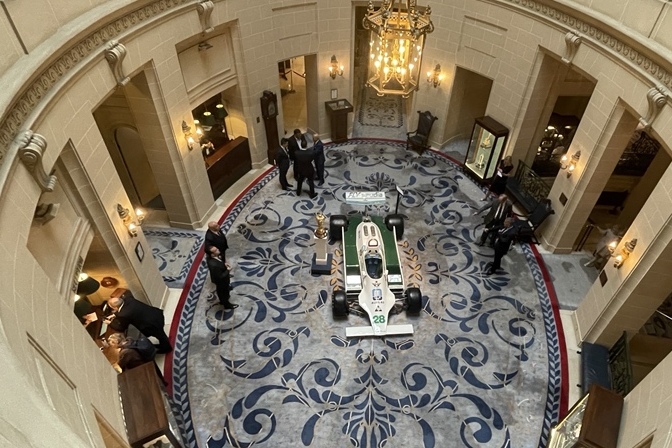