On the eve of his landmark 300th Grand Prix, Lewis Hamilton has designated Fernando Alonso as his toughest all-time competitor in Formula 1, at least "on pure pace".

Hamilton began his journey among motorsport's elite in 2007, when he was promoted to a race seat at McLaren by then team boss Ron Dennis.

Paired with Alonso at the Woking-based outfit, Hamilton won his maiden Grand Prix in his sixth race in Canada.

But a bitter inner-team rivalry between the Briton and the Spaniard dissolved their relationship mid-season and eventually forced Alonso's move back to Renault at the end of the season.

Fifteen years on, neither driver holds a grudge against the other, and Hamilton singled out his former nemesis on Thursday at Paul Ricard when asked to name his strongest competitor in F1. 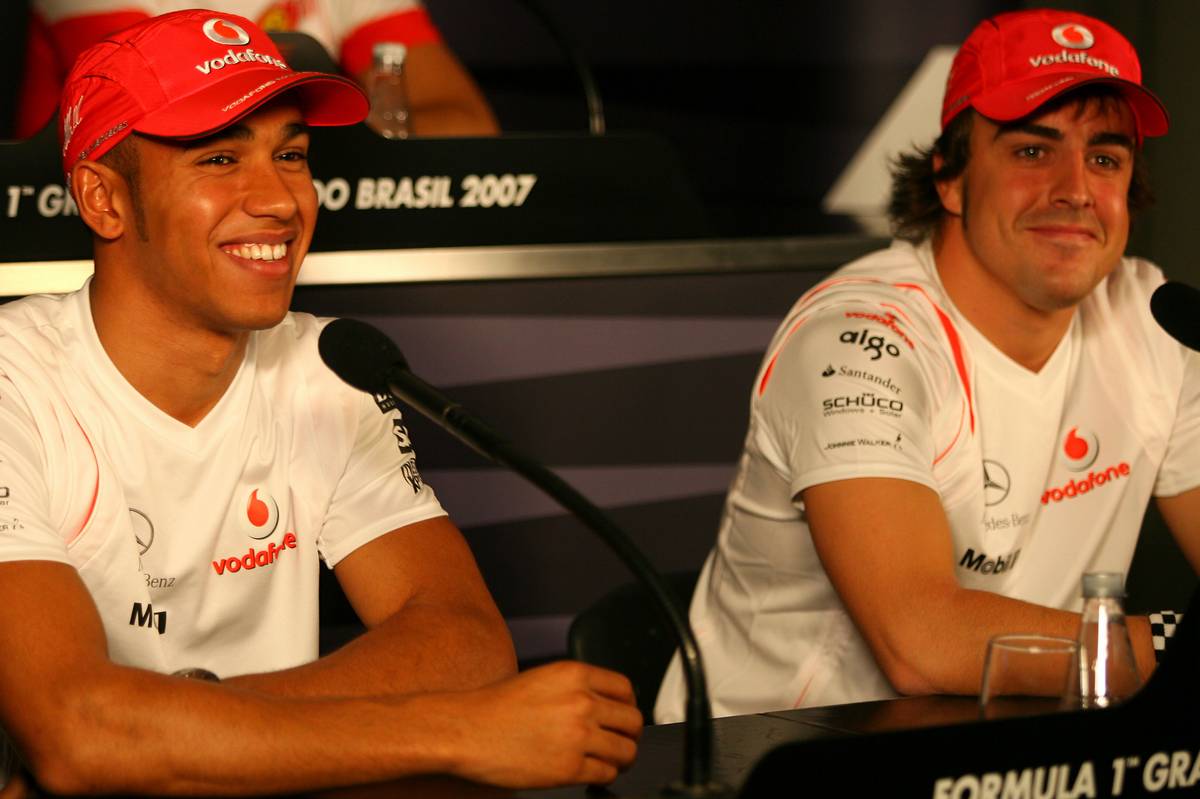 "I think it’s difficult to say who has necessarily been the strongest competitor because every time you’re with someone, you’re in a different place in your life," he said.

"I remember the task of being alongside Fernando when I was 22. I was so young mentally and, of course, OK in terms of skill but it’s a lot of pressure to go up against a great like Fernando.

"I would say on pure pace, Fernando. We had some good battles.

"I wish we could have more. Hopefully he will continue to race so hopefully we’ll have more in the future."

As for Alonso, the near 41-year-old admitted that battling wheel-to-wheel with Hamilton has "been always a pleasure".

"I don’t think that he has changed much, to be honest," added the two-time world champion and Alpine driver.

"He had the talent already in 2007, he still has the talent now with experience.

"He has been a tremendous driver, a legend of our sport, so it has been always a pleasure to share all this time with him.

"And back then probably no one thought that someone will be able to win seven titles as Michael [Schumacher]. The journey has been amazing.

"The team that they all built in Mercedes over these years, it was outstanding. Congratulations to the 300."