Red Bull says a last-minute strategy change on the grid of the Hungarian Grand Prix was a key move that set up Max Verstappen's win at the Hungaroring.

A disrupted and disappointing qualifying session had left both Verstappen and teammate Sergio Perez a lowly P10 and P11 on Sunday's grid.

With the prospect of the pair facing a long race on the tight and twisty track where overtaking is at a premium, the team had opted to start its drivers on Pirelli's hard compound tyre, which equated to a long first stint during which Verstappen and Perez would hopefully progress up the field.

But Sunday's cool temperatures induced very different track conditions which both drivers sampled on their way to the grid. Although equipped with the soft tyre on their out lap, both struggled for grip. 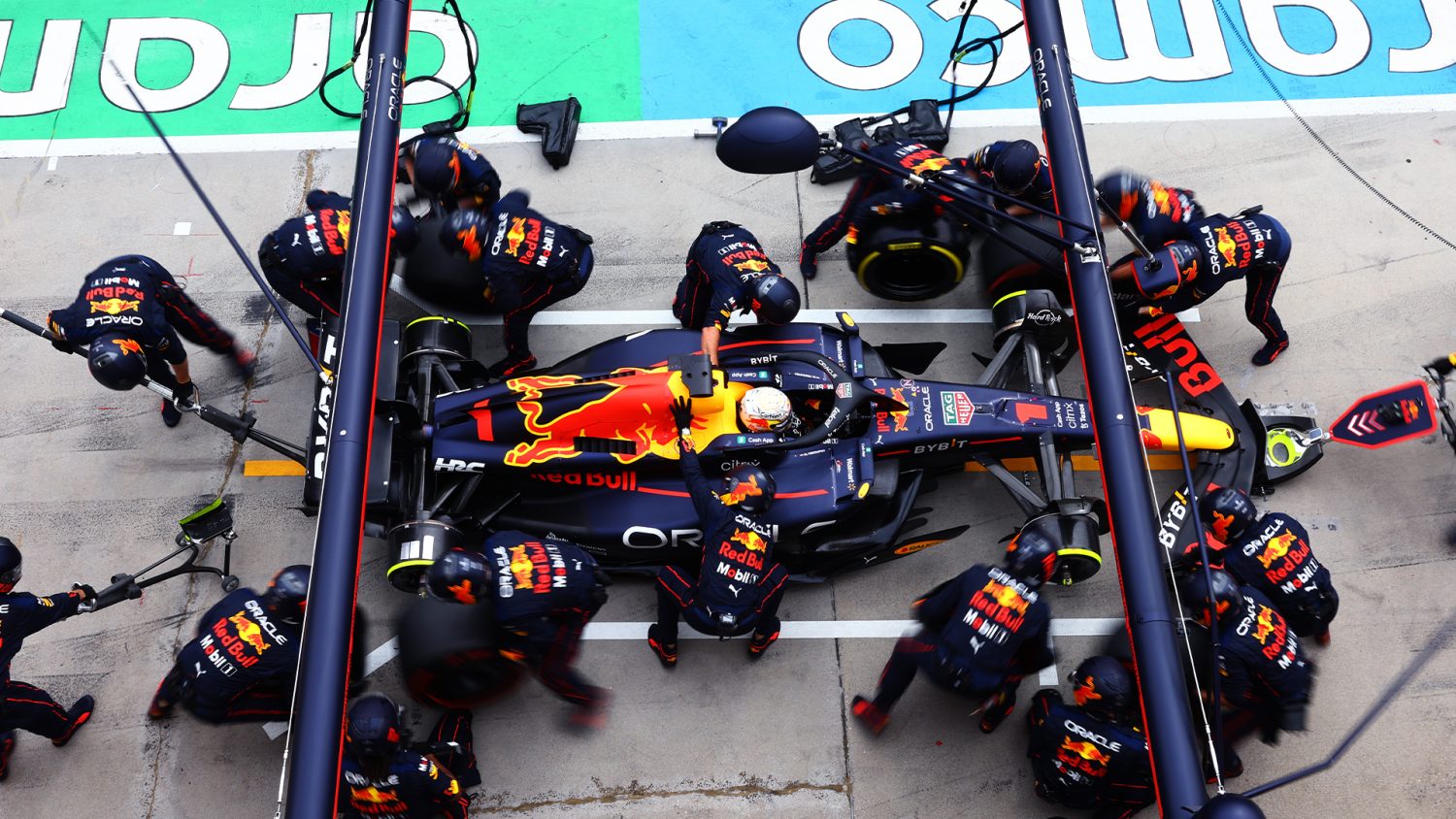 "We were going to start the race on the hard tyre because statistically, that looked like our best race," explained Red Bull team boss Christian Horner

"But the drivers were struggling to generate temperature in the soft tyre on the way to the grid. And it felt ludicrous to be starting the race on a hard tyre, particularly with some weather around.

"We converted both drivers on the grid to the soft tyre, which committed us very much to a two stop. But we made it work today, and it played out beautifully."

Verstappen said there was no hesitancy in switching strategies on the fly given track conditions.

"I went to the grid on the soft tyres and I was already struggling for grip, so I was like: 'no way we're gonna start on the hard," he explained.

"It's also credit to the team because we, of course, plan the strategy around the hard tyre, and then we are like okay, we're switching it to a soft.

"I'm very happy that we did because the hard tyre it was really, really tough. And you could see that with Charles and Carlos, they were sliding around a lot." 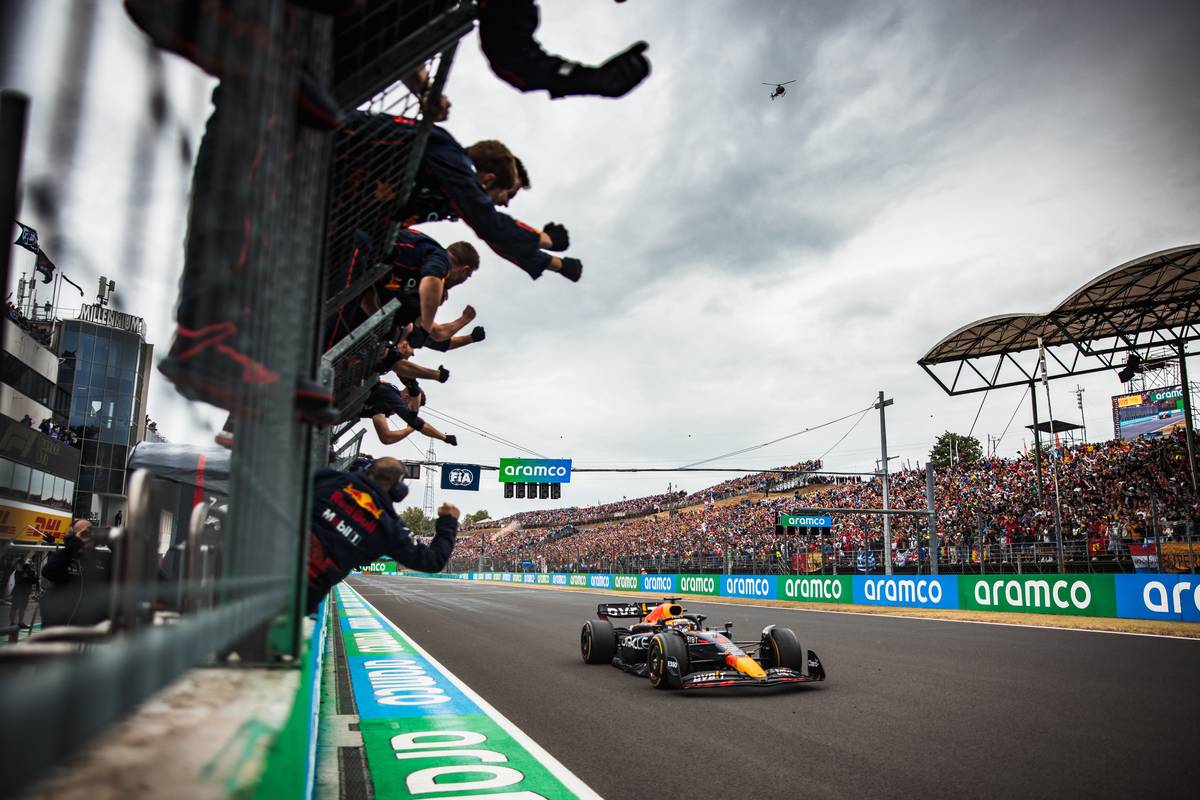 Verstappen, who had carved his way through the field to join the front-runners, says a few laps behind Leclerc on the hard tyre convinced him that a win was on the cards.

"Slowly we were just moving forward, then that final pit stop was very good, and then I saw Charles was struggling a lot on the hard tyre, so that was my moment to try and attack him.

"I caught him, and then I spun 360 and lost the position again.

"It was a bit unlucky, but then we kept our heads down and got him back again, built the gap, and managed that to the end, because it started to drizzle as well.

"No more risks to take, just bring it home."

Alonso: No issues with Ocon despite opening lap radio rant