Lando Norris says he's having "a good time" at McLaren, but the young Briton isn't settling for less and is pushing his team to improve its performance.

Norris is in the middle of his fourth year with McLaren, having been promoted to a race seat with the Woking-based outfit in 2019.

As one of the sport's most popular figures and brightest talents, the 22-year-old aspires to challenge for race wins on a regular basis at some point in the future.

And Norris, who has six podiums to his name in F1, is confident that McLaren is the right team for him to fulfill that winning ambition in the coming seasons, having extended earlier this year his allegiance to the papaya squad until the end of 2025.

"I love it there, always want to be quicker, I always want a quick car, but I knew what I signed up to of course," the young Briton told Channel 4.

"I knew it was going to take some time, I’m not expecting this year that we’re going to be winning and scoring podiums every weekend."

But Norris isn't waiting around for McLaren to improve on its own. While still very young, his three and a half seasons as a Grand Prix driver and his achievements to date in F1 sanction his authority as a demanding member of his team. 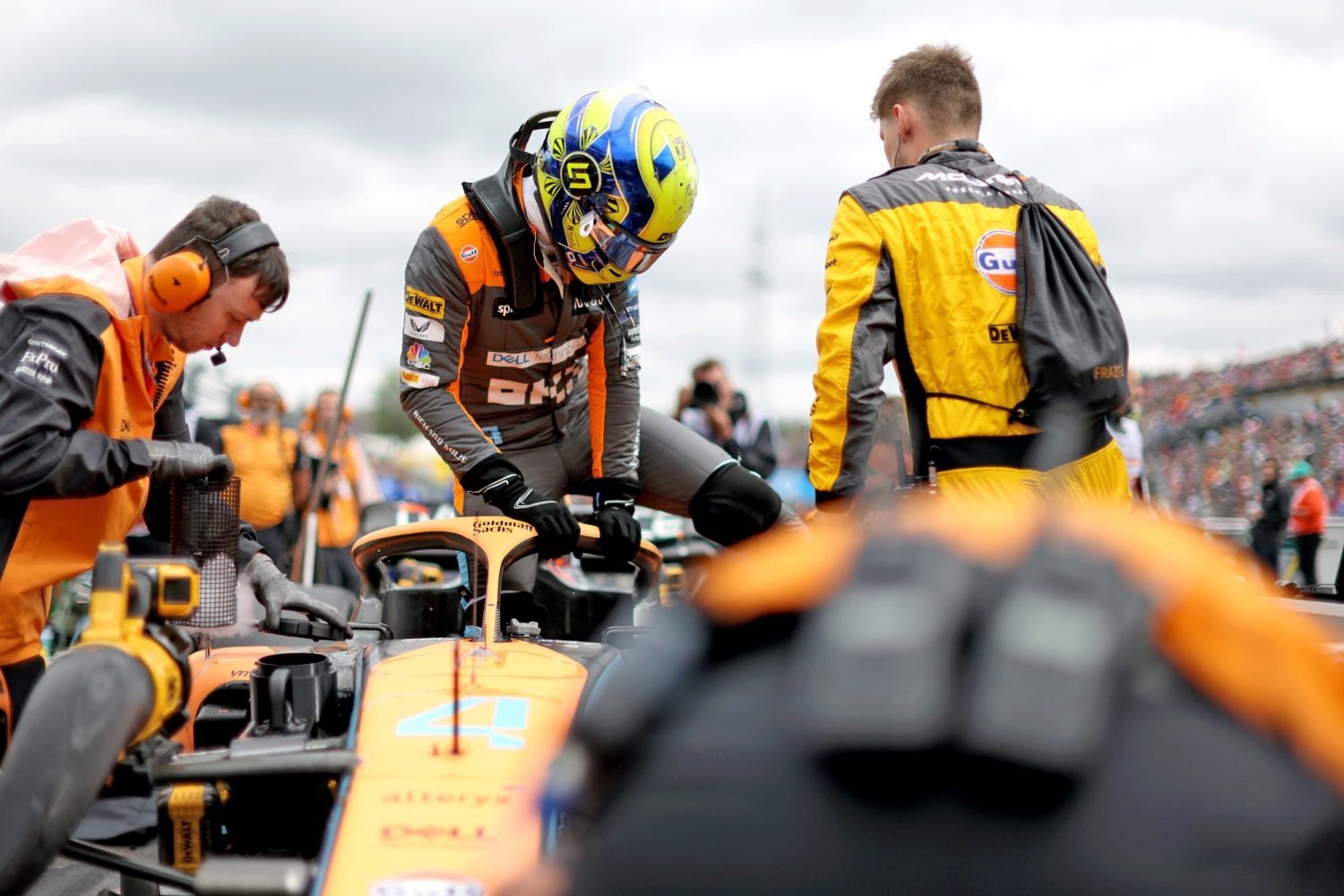 He's seeing undeniable progress at McLaren on race weekend's but he's also pushing for more, as he should.

But overall, he's in a good place with F1's second most successful team on the grid.

"We started and probably still are a little bit behind where we really wanted to be this year, but we’re making some progress and that’s always a good thing to see," he said.

"I always want more, I’m demanding, I’m pushing the team a lot because we have got to improve, got to keep stepping forward because it’s what you’ve got to do if you want to win races.

"So I’m pushing, but I’m very happy where I am, the team are doing a good job and I’m just happy, I’m having a good time."