Franz Tost says Carlos Sainz 'can go toe-to-toe' with Charles Leclerc when everything fits, but the Monegasque holds an edge over his Ferrari teammate on pure pace according to the AlphaTauri team boss.

Sainz underperformed Leclerc in the first part of the season, but gradually the 27-year-old has raised his game over the summer to perform on a par with the Monegasque on race day, the Spaniard also taking his maiden F1 win at Silverstone.

But Leclerc's qualifying pace relative to his teammate in the first half of the season clearly validates Tost's claim. And the Austrian is well placed to assess Sainz's performance having overseen the latter's formative years in F1 with Toro Rosso. 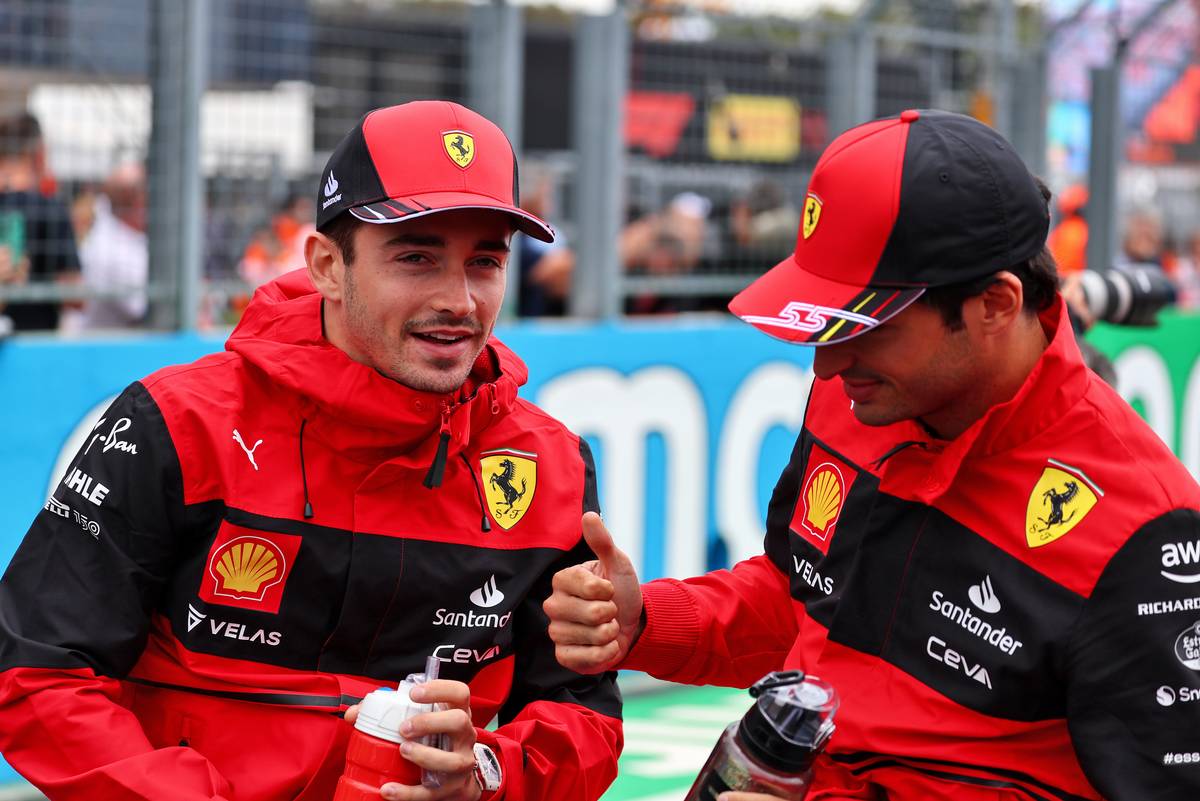 "Carlos is talented and extremely hard-working," Tost told F1-Insider. "He is performing very well at Ferrari and can go toe-to-toe with Leclerc if everything fits.

"But in terms of basic speed, Leclerc is two tenths faster."

Beyond their track performance relative to each other, Leclerc and Sainz enjoy a friendly relationship on and off the track.

Both drivers are highly competitive but so far their productive collaboration has benefitted the Italian outfit.

"Charles always does very good laps, from free practice to qualifying, and this year he also has a very good pace in the race as we have seen," says Sainz.

"He’s always an excellent reference in the team, he’s also a great guy with whom I get on well. He’s a guy I’ve really learned a lot from over the last few years and he’s also a guy I want to keep as a teammate for the future.

"We get along well, we have a good partnership. We spend a lot of time together, both in Maranello and on the track, and we generally have very similar opinions on a lot of things.

"Other than that, when it comes time to have fun, we can also have fun, play sports and everything.

"It’s not all serious, and the team also depends on our relationship, and I just hope we can continue like this because it makes things easier."