Despite a productive season with the team, Alonso said that it was "a strange feeling" at Enstone where he got the sense that the team was reluctant to keep him at the team, with his age apparently a key factor.

At the age of 41, Alonso is significantly older than Lewis Hamilton, while it was 35-year-old Sebastian Vettel's decision to retire from F1 at the end of 2022 opened the door at Aston Martin for Alonso.

The squad was apparently reluctant to offer more than a 12-month deal with yearly options, while Alonso was looking for something longer term.

"Aston called me after Sebastian retired," he added. "If Sebastian had continued this probably would not have happened, the move to Aston."

The deal and the announcement were made the day after the Hungarian Grand Prix, and they "decided to announce quite quickly before any leak", Alonso said.

It means today's media sessions at Spa-Francorchamps were the first opportunity for the press to quiz the two-time world champion about the reasons behind his decision..

"It was a logical move to me because Aston was very willing to have me and trust on my abilities on the track and off track as well to develop the project," Alonso stated.

"They seemed to really want me and appreciated my performances over the past two years," he noted. "They were very clear and very easy decisions from my side. 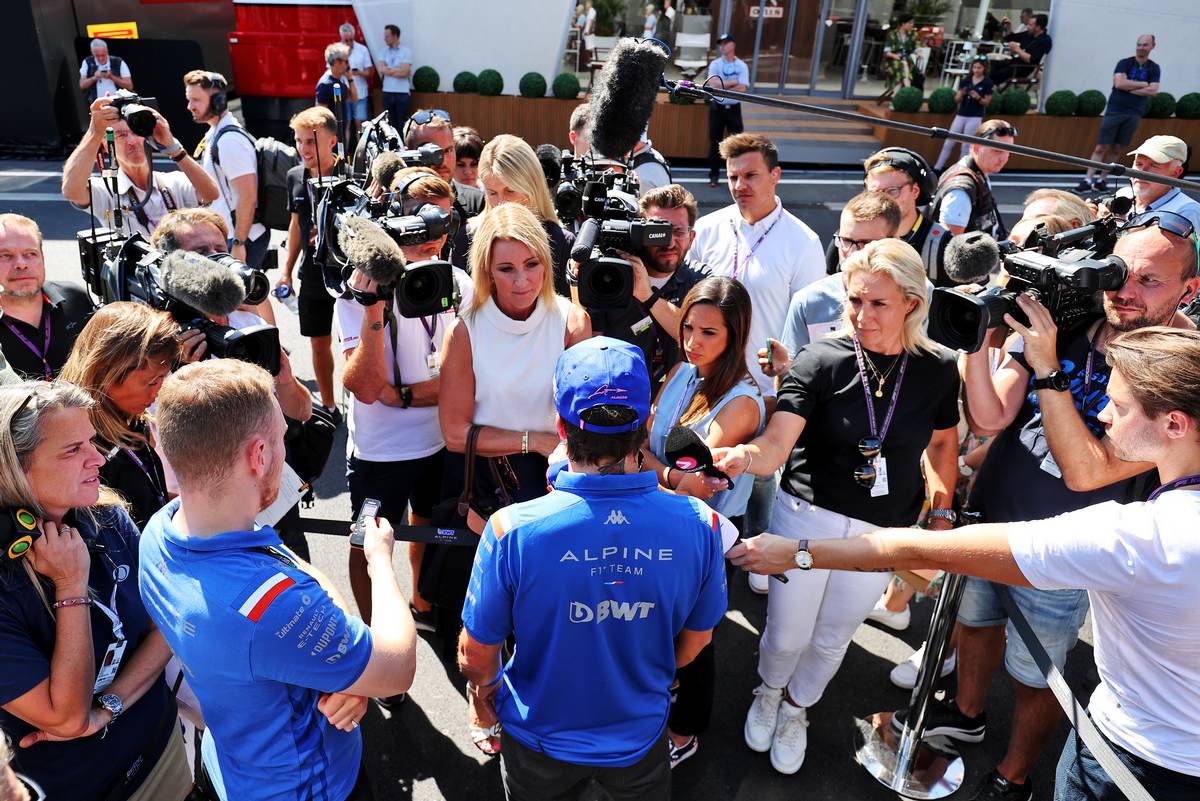 "It felt that after all the negotiations and the months, having the [Alpine] seat available for a younger driver and talented driver like Oscar, it was the right thing to do and a win-win situation it seems for everybody."

Aston Martin boss Mike Krack clearly has no such concerns about signing a multi-year deal with Alonso. “We always say 40 is the new 30,” he told Motorsport.com earlier. "He’s still demonstrating today that he is superfast, and we do not expect any drop off at all.”

“It was quick," Krack added when asked how long it had taken to put a deal together. “Fernando was always saying, if both parties want to do something it is ten minutes and then it is done."

Formula 2 champion Oscar Piastri was the obvious successor to Alonso's Alpine seat, but the Australian torpedoed that plan when he stated emphatically the following day that he wouldn't be racing for the team next year after all.

It led to speculation that Alonso had conspired with Piastri's management to 'stitch up' Alpine and leave them without a driver for 2023, but Alonso rubbished any such suggestions.

“I read that in the first days and honestly it was quite sad and annoying to read that conspiracy," he said. “What happened after, and what is happening with Oscar, it is completely not my thing."

At the time, Alpine team principal Otmar Szafnauer stated that Alonso had said nothing to him about his plan to leave and that the press announcement had caught him completely by surprise. 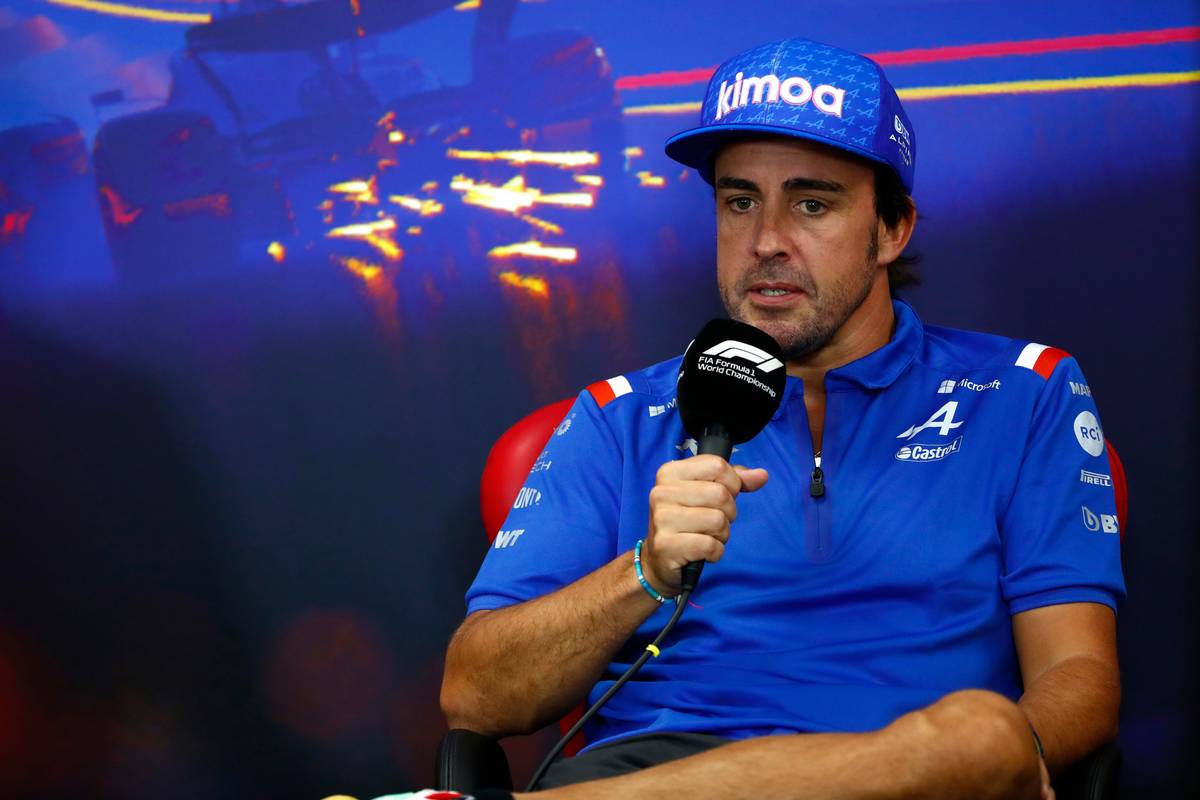 Alonso admitted that this was quite possibly true - but said that other senior management officials including Alpine's CEO had all been in the loop.

"I took my time to inform them before any announcement," he insisted. "Otmar was not involved in the negotiations, and yes, probably Laurent or Luca didn't call him before the announcement and he was surprised by that."

Alpine has said that it will continue to work productively with Alonso and Esteban Ocon for the remaining nine races of the current season before his departure to Aston Martin.

"We’ll be pushing hard as a team with both Fernando and Esteban in the car for the remainder of the year in order to put ourselves in the best possible position," insisted Szafnauer.

“While we’re losing a fantastic asset in Fernando for next year, his decision has zero bearing on what we want to achieve together in 2022," he added. "Both drivers are highly motivated." 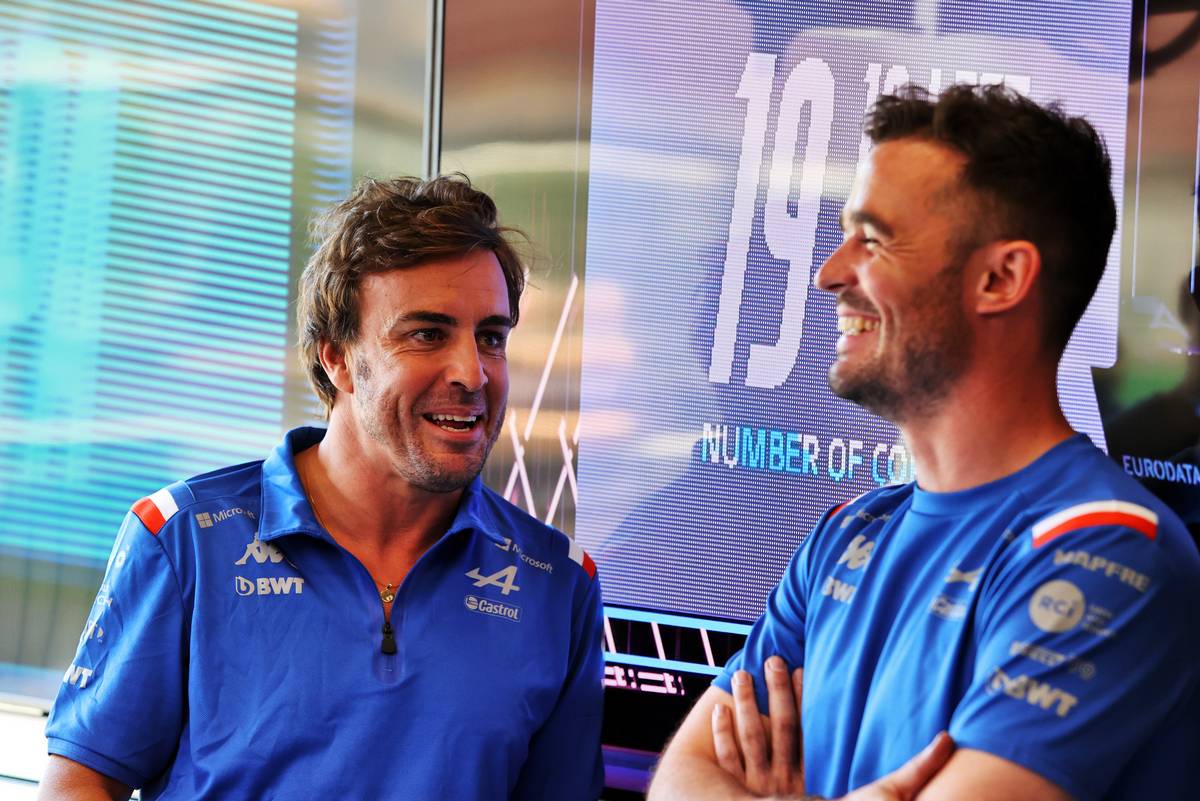 “It is my team only for this year but it is going to be my team that is always in my heart," added Alonso. "We achieved things that were unthinkable when we started the relationship and I went back to the sport also to Alpine so I only wish the best for them.”

Meanwhile Piastri looks set to join McLaren in place of Daniel Ricciardo, subject to the resolution of a contract dispute over who has first call on his services next season.

“Oscar is an incredible talent for any team," Alonso said. "I have been working with him now for two years and I wish him the best, and also the best for Alpine."

In the meantime Piastri continues to act as the team's test and reserve driver. Although not in Spa this weekend, he'll be back at base in the simulator helping Alpine with its set-up work over the Belgian GP weekend.

It's unclear at this point whether the 21-year-old from Melbourne will still be driving in any future Friday free practice sessions, or conducting private tests in an older car as had been planned

McLaren released Ricciardo from his contract a year early with a big financial pay-off. He could end up back at Alpine, the team he left (when it was still Renault) at the end of 2020.

Leclerc: Ferrari must now 'maximize' every opportunity ahead