The session was halted with 20 minutes to go due to allow for the evacuation of Kevin Magnussen's stranded Haas and resumed with the rain setting, meaning several drivers were deprived of an opportunity to improve their initial time.

Behind the Scuderia pair, Red Bull's Max Verstappen was third ahead of Mercedes' George Russell, with Aston martin's Lance Stroll and Williams' Alex Albon clocking in an impressive P5 and P.

Formula 1's summer break is done and dusted, and not a moment too soon for the sport's fans who are happy to put the period's news and intrigue in the rear-view mirror and to get back to watching some thrilling racing.

A raft of upgrades have been introduced up and down the field, new updates or changes that cater to Spa's high-speed low downforce characteristics.

A glance at the changes highlighted a collection of thinner rear wings in a bid to improve straightline speed.

But Spa itself has also implemented some significant modifications since last year's washed-out event, with gravel traps now lining a number of corners, which will inevitably punish anyone's over-exuberance this weekend. 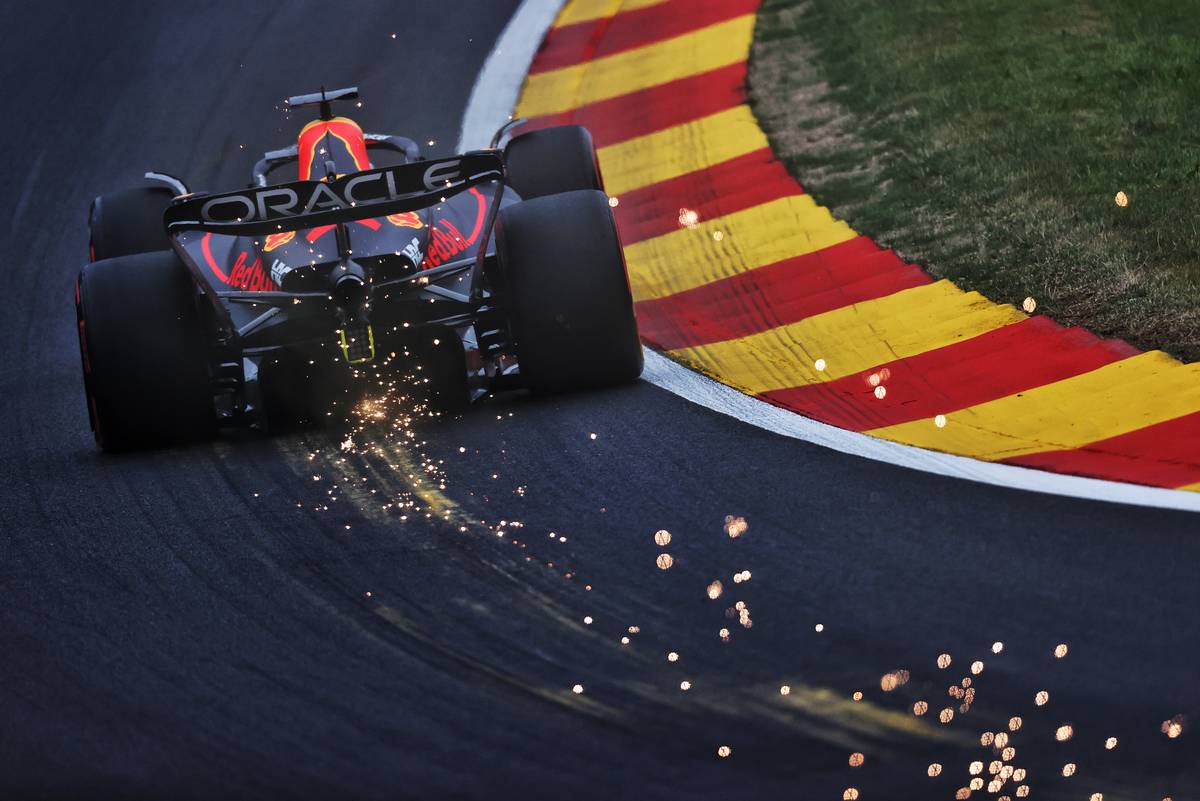 Drivers took to the track under a thick cloud cover but amid dry conditions, and with a blend of soft, medium and hard tyres mounted on the cars.

Sainz posted the first proper lap, but Verstappen was quick to top the time, the Dutchman putting a 1m47.456s on the board on the soft rubber.

But there were troubles in the Alpine camp out the outset, with Esteban Ocon reporting a gearbox or driveshaft issue. The Frenchman duly pitted to allow his team to proper assess the problem.

It was also an inauspicious start for Alfa Romeo's Valtteri Bottas who was left stranded in his team's garage after just two fying laps. 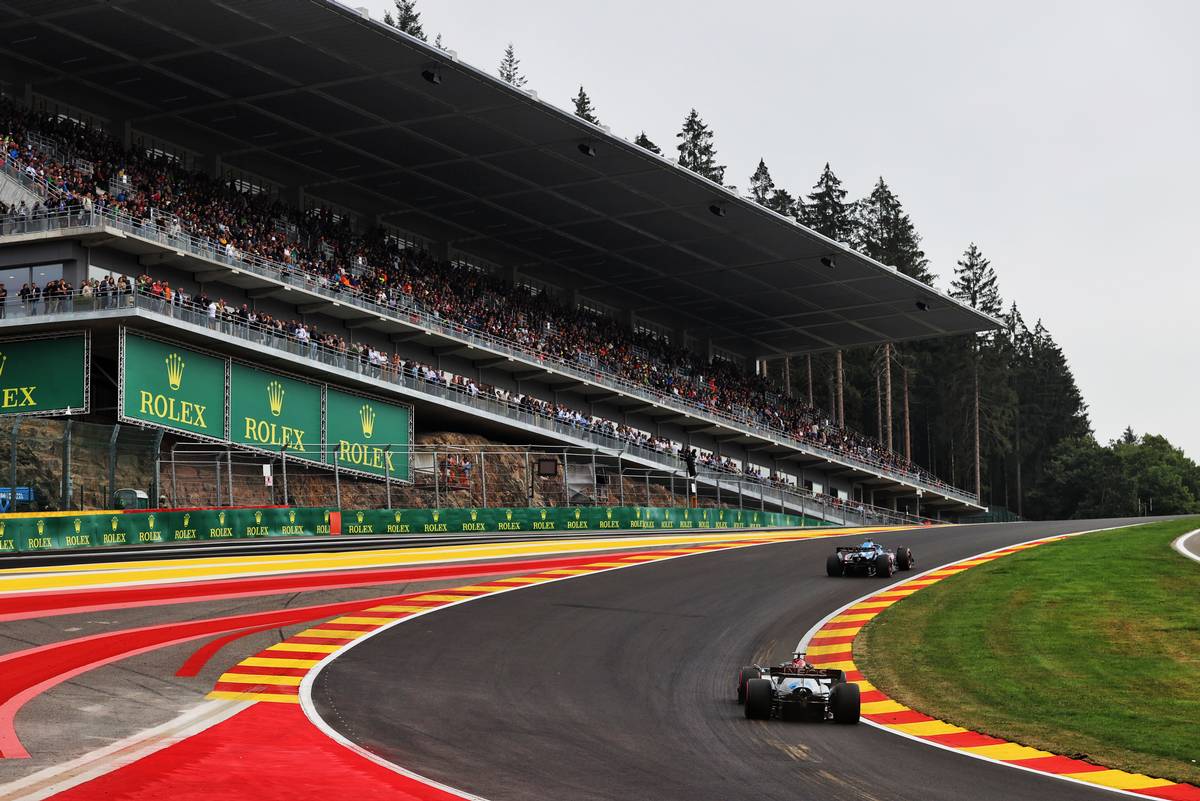 Twenty minutes into the session, Verstappen was leading Hamilton on the mediums by a comfortable 1.665s, with Perez, Leclerc and Sainz following thereafter.

At the half-way point, Williams' Alex Albon popped out of the Ardennes woodwork to go P2, 1.357s behind Verstappen.

But a strong effort by Sainz propelled the Spaniard to the top of the timesheet, with Leclerc following suit in second place just ahead of Russell and Verstappen.

With a little over 21 minutes to go, Haas' Kevin Magnussen came to a halt on the main straight after La Source, the victim of an apparent electrical issue, which triggered a red flag and a mandatory pause in the proceedings. 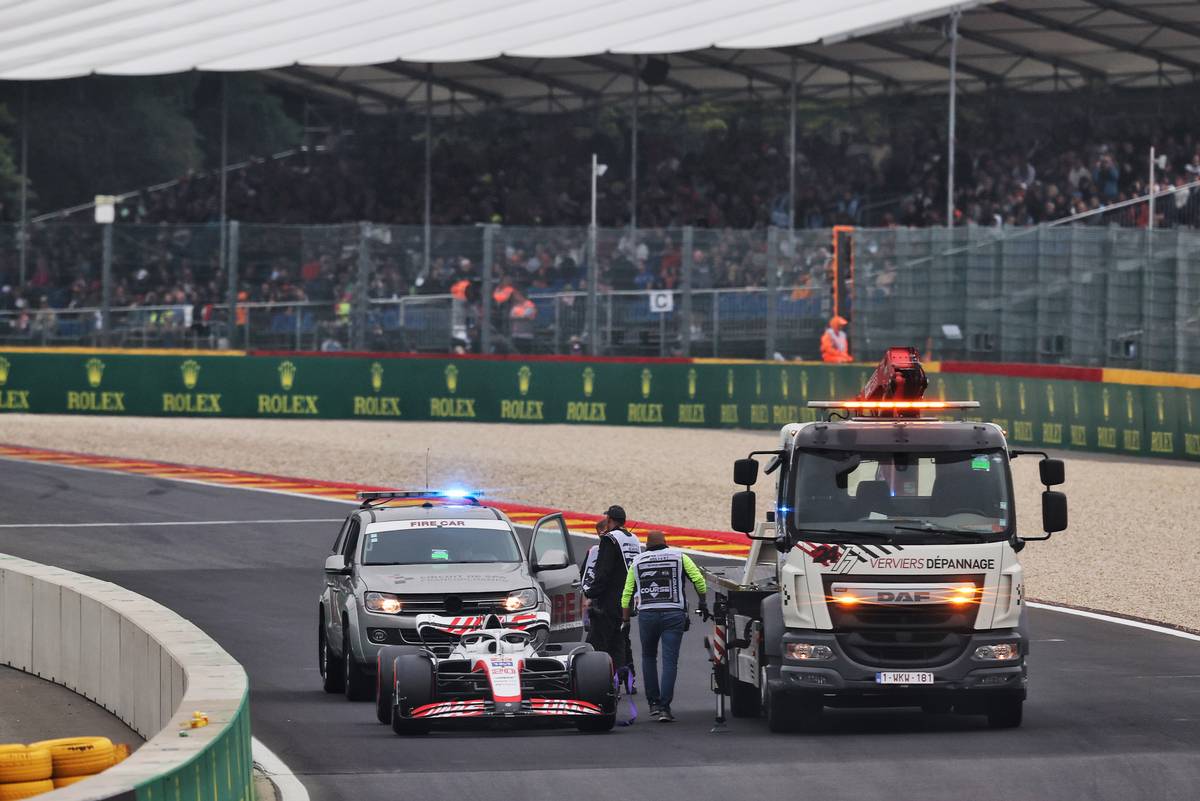 Evacuating the Haas was a lengthy process that took almost 15 minutes which meant that the session resumed with less than 10 minutes left on the clock.

But drivers were worn of a risk of rain in the dying minutes of the session, a piece of information that put a dampener on lap improvements and led the field to conclude its running.

A few drivers were deprived of an opportunity to enjoya run on the soft tyre, which impacted somewhat the pecking order.

Sainz thus led a Ferrari 1-2 from Verstappen, Russell, Stroll and Albon who rounded off the top-six.

Ricciardo was McLaren's top performer in FP1, while Yuki Tsunoda, Lewis Hamilton and Perez rounded off the top ten.

In the second half of the field, Bottas and Ocon encountered mechanical issues that restricted their running while rookie Liam Lawson concluded his maiden FP1 session P19.

Verstappen and Leclerc set for grid penalties at Spa