Lando Norris will hold on to P7 on the grid for tomorrow's Dutch Grand Prix, after a visit to the stewards concluded with a €5,000 fine for the McLaren team following an incident on pit lane during qualifying.

Norris was released into the path of AlphaTauri's Yuki Tsunoda during the first round, forcing the Japanese driver to jump on the brakes to avoid running into the McLaren.

Both drivers were summoned to see the stewards after the session, who concluded that McLaren were responsible for the incident with an unsafe release from the pit box.

Despite the mishap, both drivers made the cut at the end of Q1 and progressed all the way to the final top ten pole shoot-out, with Norris surprised to end up in P7 and Tsunoda set to line up in ninth place on the grid.

"After my first lap in Q1 I wasn’t very hopeful because I was a long way off that Alpine and so on and it felt like quite a good lap, so I was a bit like ‘oh no’,” Norris admitted.

"I had to push it a bit more and try and unlock a little bit more from the car, which I think I did and took some good steps forward," he commented later.

"By surprise, we ended up P7 ahead of guys we were expecting definitely to be a bit quicker than us today. 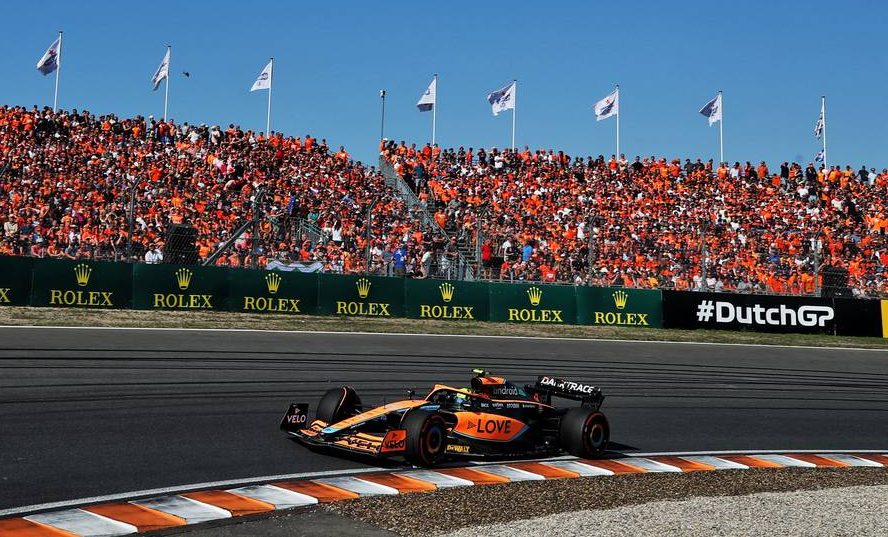 "So I was happy with my job," he added. "A little mistake here and there, even on my final lap but nothing that would have changed the position, so a good day for us.”

As the 'best of the rest' on the grid behind the Red Bull, Ferrari and Mercedes drivers, Norris said he was hoping for a quiet Sunday afternoon drive with Tsunoda and Mick Schumacher starting immediately behind him.

"I expect the top six to just pull away and hopefully leave me a lonely race, which I would actually look forward to tomorrow. But there are a lot of quick cars behind, including Mick.

"Haas have looked quick today especially, so not expecting an easy race, but I would love one," he admitted. 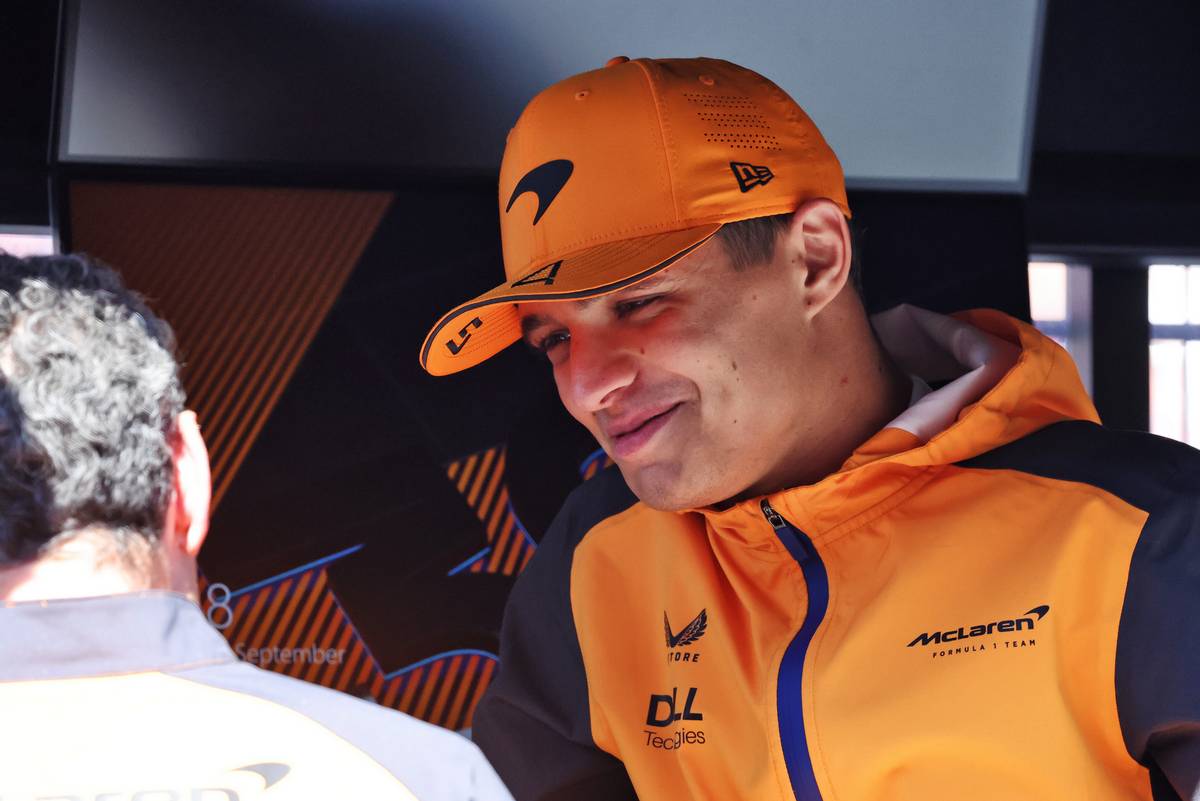 "I don’t want to get confident because [Alpine] are out of position. They’ve been quicker than us all weekend, even yesterday we were just in a different performance mode comparing to them, but they have just been quicker all weekend."

It's a different picture for Norris' current team mate Daniel Ricciardo,who missed the cut at the end of Q1 for the third time this season.

“The second-last corner, I guess whoever in front of me it was, they went and put a wheel in the dirt or something," he explained.

"As soon as I pulled out of the, call it chicane, corkscrew, whatever, and I was looking obviously up to the next apex and I could see just brown all over the track. 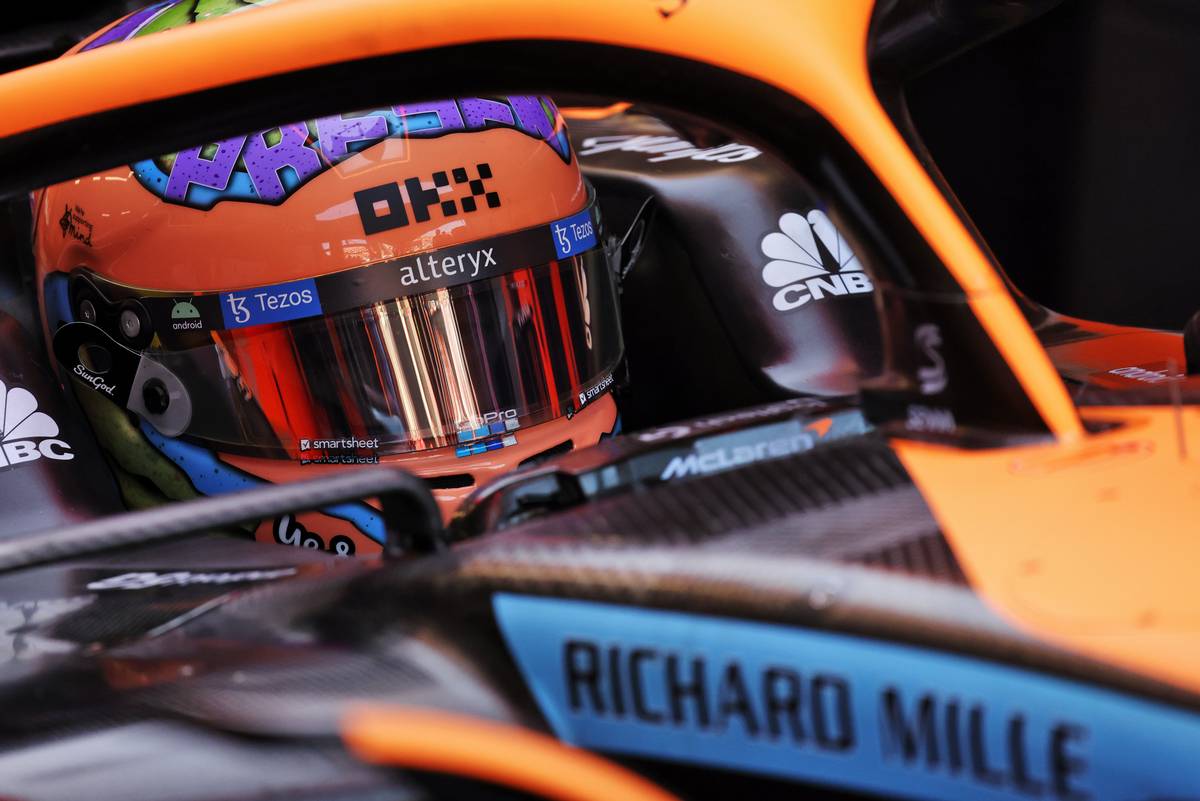 “A lot of dirt and I was hoping that it wouldn’t affect the grip but it did and it cost me about three-tenths I think. So that was the difference, putting me out in Q1.

"I think the lap, it was okay. It wasn’t electrifying, but it was definitely good enough to keep going in quali, and I think then it was a couple of tenths to find.”

“Actually I don’t think it was tracking to be too bad," he insisted. "Especially where we were this morning. We were pretty lost in FP3, scratching our heads. It was trending like it was better, but one of those ones where you can't do much.”

"It's not been our day today", admits Alpine's Alonso