Ferrari boss Mattia Binotto had little option but to acknowledge that the team had made a complete mess of Carlos Sainz' first pit stop in the Dutch Grand Prix at Zandvoort.

Sainz had qualified for the race in third place, and despite minor first lap contact with Lewis Hamilton and losing ground he maintained the position until he pitted on lap 14.

But instead of the usual slick service, Sainz was stationary for almost 12 seconds as the mechanics found that the new left rear medium tyre wasn't where it was supposed to be.

The mechanic placed his wheel gun on the ground where it was run over by Sergio Perez when he exited his own pit box, but the stewards late decided not to penalise either party because of the cramped nature of the Zandvoort pits.

As he waited in the cockpit for an interminable spell, an exasperated Sainz said over the radio: "Oh. My God." By comparison Red Bull enacted a much slicker stop to take the position when the cars came back out on track.

“A mess. What happened, a mess,” Binotto told Sky Sports F1 during the race coverage. “A very, very late call, the mechanics were not ready.

“We made the call at the last corner, at the banking. Not enough time, but we will review at the end," he added. 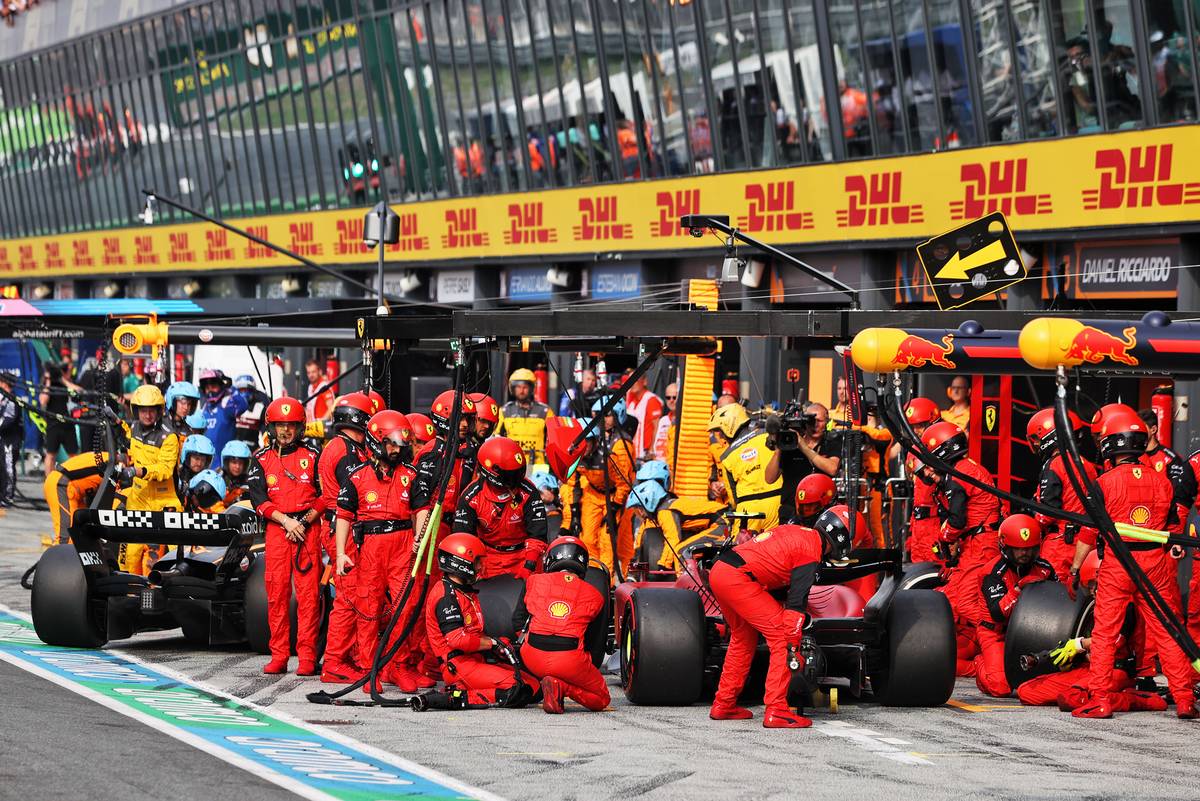 A subsequent pit stop did even more damage when Sainz was ushered out of his pit box into the path of Fernando Alonso, earning him a five second time penalty for an unsafe release.

That was after Sainz had appeared to pass Esteban Ocon on the main straight just as yellow flags came out for Valtteri Bottas retiring.

It all meant that despite crossing the line in fifth place, Sainz ended up classified in eighth once the post-race penalty was applied.

“Yes it was a mess," Sainz admitted afterwards. "The whole race in trouble, first with the confusing pit stop that we had and the yellow flag in which I saved myself by very small margins, and then the unsafe release. 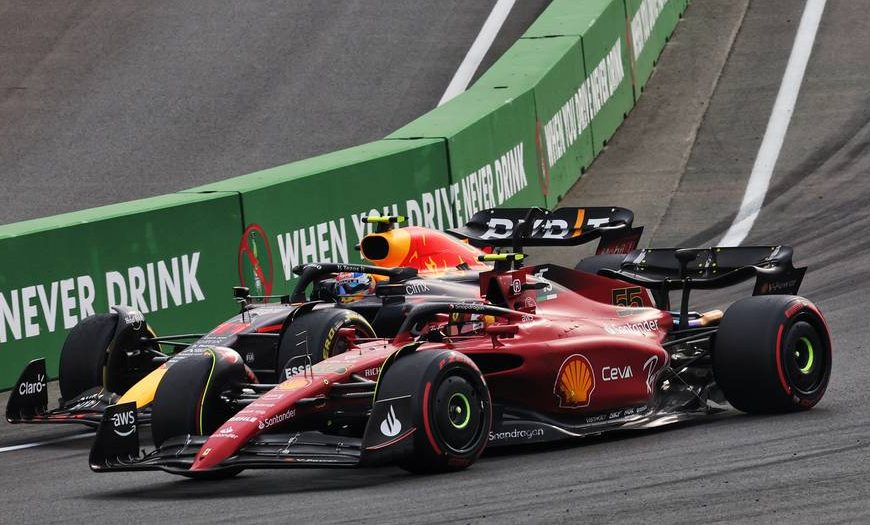 "We had a very tough race and things just didn’t go our way. The set-up we went for didn’t work as expected and after picking up some damage at the start with Hamilton we lacked a bit of pace overall.

"Obviously, the late call for the first pit stop cost us a lot of race time." he added. "Afterwards I got the penalty for an unsafe release, even though there was nothing else I could have done in that situation

“That wasn’t an unsafe release," he argued. "I was launched into the pit lane correctly but the problem is that I had to brake to not take a McLaren guy out of his life.

"Because I took avoiding action, they give you a penalty. I find this very frustrating and I’m going to speak with the FIA now, because I don’t understand it." 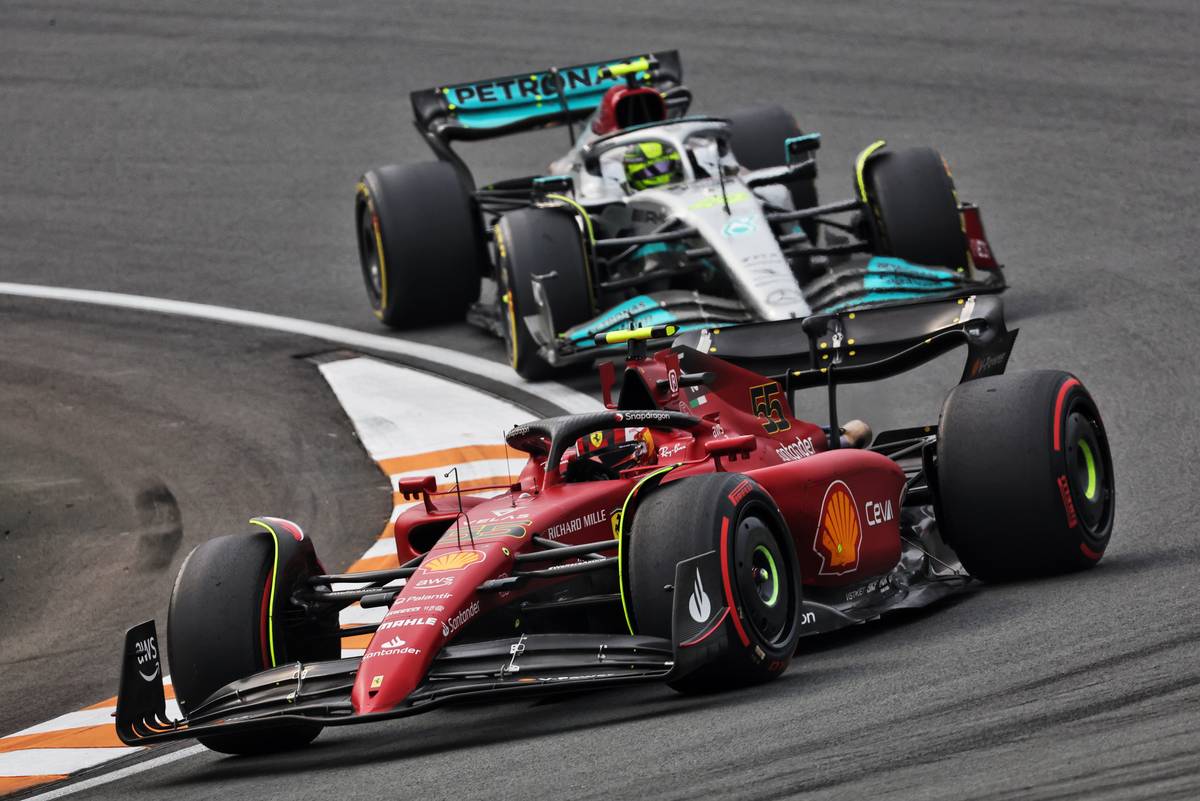 While he was happy with the race pace of the F1-75, he acknowledged that there was still a lot for the team to look into before their home race next weekend, the Italian GP at Monza.

"I’m not happy with how the car felt in the race," he said. "It was super tricky to drive, we were always fighting the rear a lot. A lot of overheating.

"We need to find out why the car isn’t as strong in the race as it is in quali," he added. "A tough one, but we’ll now focus on the next race at home in Monza."

Today's result means that Sainz has slipped back behind Mercedes' George Russell in the drivers championship and is now in fifth place in the standings, between Russell and his Mercedes team mate Lewis Hamilton.

Mercedes have also closed the gap to Ferrari in the constructors standings, but the Italian team remains in second place behind Red Bull with a 30 point advantage over the Silver Arrows with seven races remaining in 2023.

Russell: second at Zandvoort 'gives us a lot of confidence'