George Russell was delighted to secure second place for Mercedes in today's Dutch Grand Prix, a career best for the Briton in F1, especially as he finished just four seconds behind Red Bull's Max Verstappen.

"I think as a team today we showed incredible pace," he told the media in parc ferme after the end of the race. "This gives us a lot of confidence and a lot of faith moving forward."

The Mercedes had looked strong all weekend, and while neither Russell nor his team mate Lewis Hamilton were able to compete for pole on Saturday they were definitely in the mix.

And in the race, the team opted to start on medium tyres, while Verstappen and the two Ferraris ahead of them were all on the soft compound giving them a crucial advantage by going long in the first stint.

A Virtual Safety Car on lap 48 turned the race on its head, giving Verstappen the chance to make his second stop thereby forcing Mercedes to ditch their one-stop strategy.

But it was an extra stop for Verstappen under a subsequent safety car that left Hamilton and Russell running 1-2 - until Russell made a last-second call to make another stop as well to switch to soft tyres. 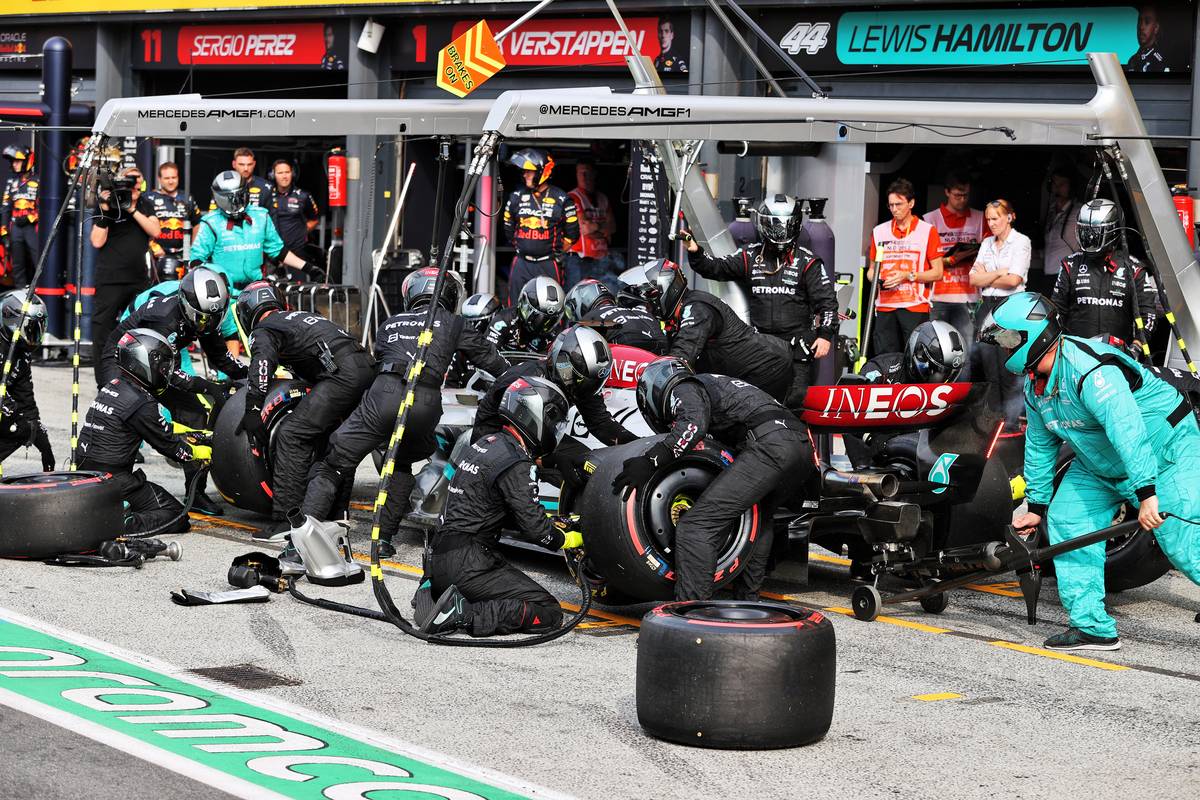 When Verstappen snatched the lead at the restart, Russell was able to go with him, while Hamilton ended up P4 after he was passed by Charles Leclerc, leaving him fuming at the outcome.

Team principal Toto Wolff defended the teams' strategy saying that leaving Hamilton out was the only chance they had of winning the race. Instead, second with Russell proved to be the best the team could achieve.

"I think it's incredible to see three different teams on the podium and we as Mercedes slowly getting closer to that top step," Russell said, adding: "I know the team result wasn't quite what we hoped for." 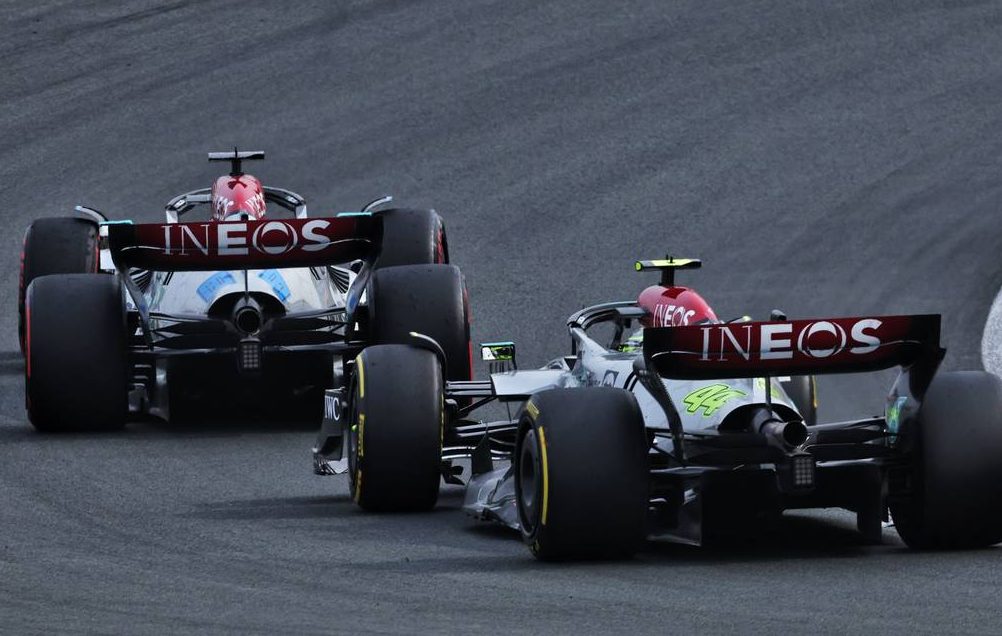 As for Russell's own pass on Hamilton after the restart, there were clearly no team orders and the seven-time world champion didn't hold back defending against his young colleague.

"We like to keep it close always," Russell joked when asked about how tight it had been to taking both cars out.

Coming second means that Russell has moved ahead of Carlos Sainz in drivers championship and is now in fourth place, while Hamilton is 30 points behind in sixth. 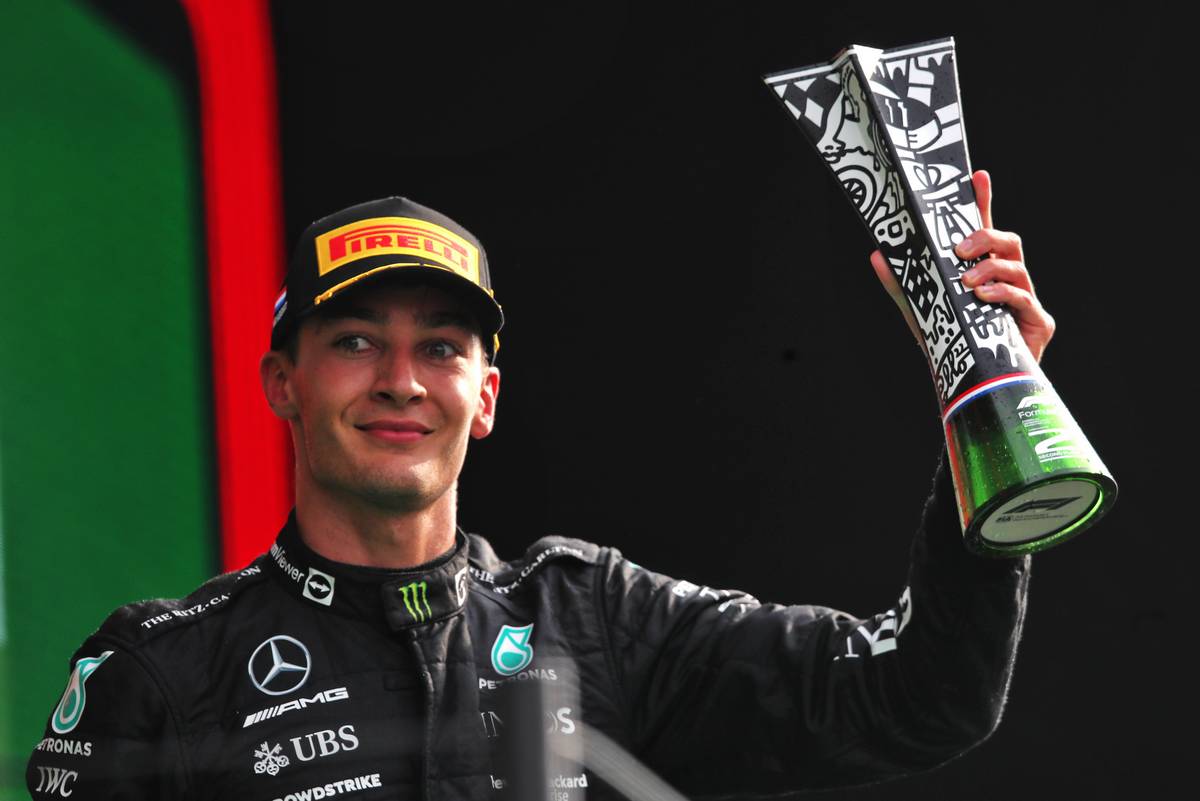 Their combined efforts mean that Mercedes have cut their deficit to ferrari in the constructors standings by 11 points, but are still 30 points behind catching their rivals for the runners-up spot with seven races remaining in 2022.

The next race - the third and final part of a triple-header - is the Italian GP on one week's time in Monza.

Ferrari owns up to 'messy' pit stops and race for Sainz