Carlos Sainz has urged F1 to improve the safety of the tight pitlanes that are found at certain tracks such as Zandvoort, where the Ferrari driver had a near miss with a McLaren mechanic last weekend.

At the Dutch Grand Prix, Sainz was handed a five-second penalty for an unsafe release in the path of Fernando Alonso's Alpine.

Both Ferrari and the Spaniard argued after the race that the release itself had been timely, but the presence of a member of the McLaren team in his path had forced him to brake and swerve, which slowed his exit and impeded Alonso. 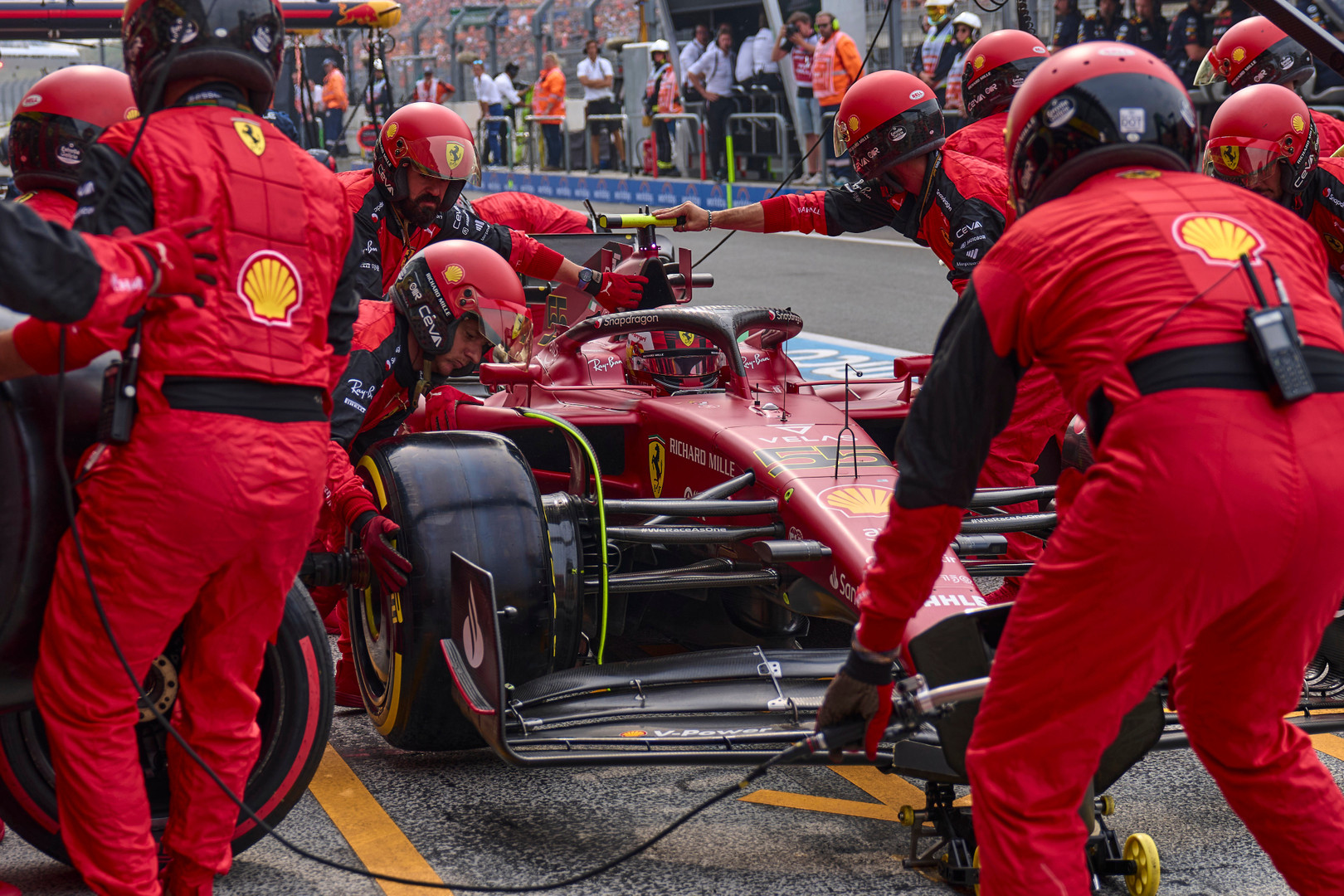 "I feel Zandvoort is a great track," he said. "I want to go back there every year and I want to keep racing at Zandvoort, Singapore, Budapest – I’m talking about narrow pit lanes.

"But we need to think about the mechanics and how tight everything is in there because it’s just too tight and I think we need to to improve the safety.

“We talk a lot about car safety, circuit safety, but in the pit lane I’m concerned that one day something could happen if we keep having these narrow pit lanes and so much going on, especially when there’s multiple pit stops going on at the same time."

The Scuderia charger brought the matter up with the stewards after the race, and may well put the topic on Friday's drivers' briefing at Monza.

"It hasn’t been questioned yet in a GPDA meeting or FIA meeting," added Sainz.

"But it’s something that I brought up to the stewards after the race explaining to them why did I have an unsafe release or what they called an 'unsafe release'.

"I think I made the message clear to the stewards, they would pass that to the race director and the FIA. Whether it’s a matter that I would raise in the drivers meeting I haven’t thought about it, but it might be a possibility."

Hulkenberg reportedly 'favourite' to join Magnussen at Haas in 2023