Charles Leclerc says the odds aren't in favour of a home win for Ferrari at Monza, with the Scuderia charger expecting another strong showing from Red Bull.

Ferrari's F1-75 has lost its edge over Red Bull's RB18 since the start of the summer, but at Spa and last weekend at Zandvoort, the Italian outfit was dominated outright by its rival and the equally prevailing Max Verstappen.

"We expect Red Bull to be stronger. The track characteristics don't fit exactly our cars.

"But again, we've had some good and bad surprises this year, so hopefully this one is one of the good ones and that we overperform compared to what we expect." 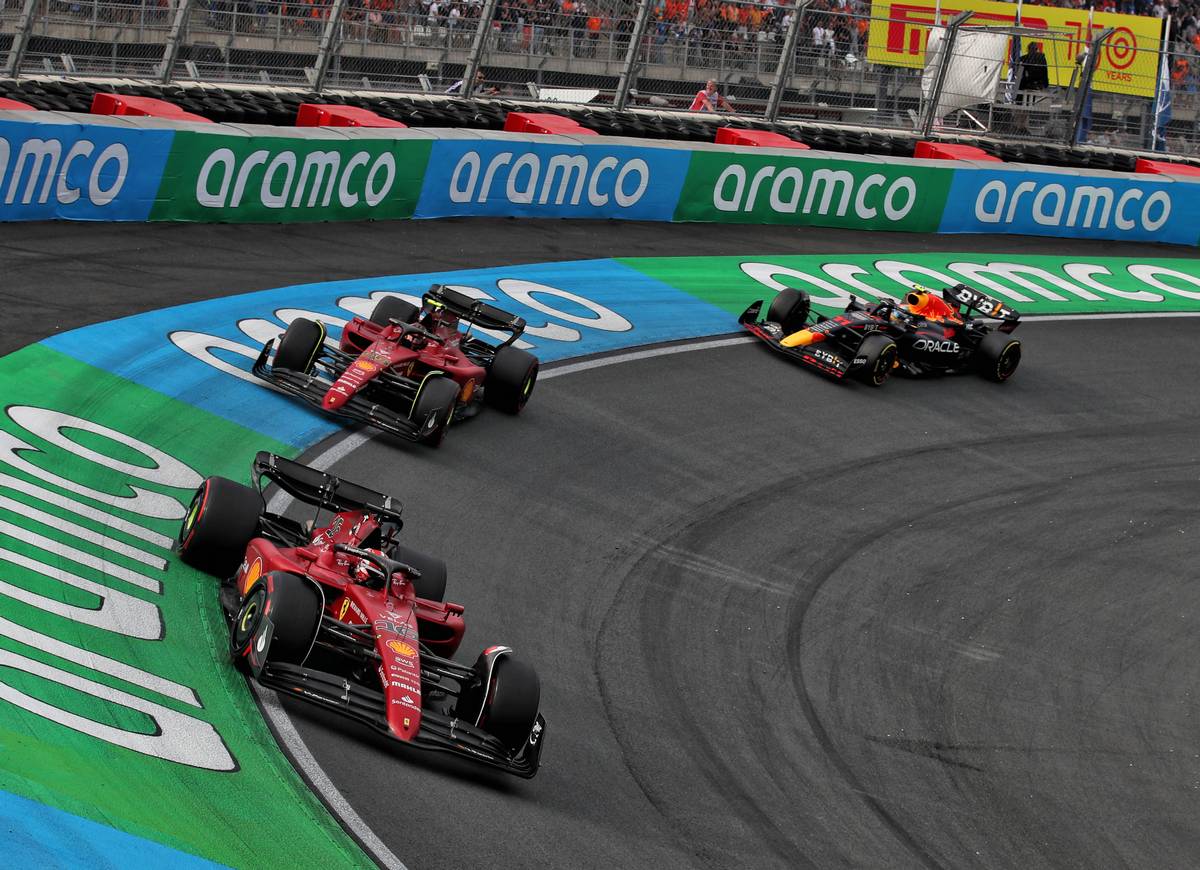 In the first part of the season, Ferrari's war horse had the upper hand over Red Bull's RB18, the Scuderia's car prevailing over its adversary then thanks to its cornering strength.

But that advantage is no longer big enough to allow Ferrari to compensate for Red Bull's superior velocity on the straights.

"I think comparing to Red Bull especially, because it's a bit more consistent through the whole year, we are slower down the straights," added Leclerc.

"Their main strength this year is the straight-line speed. We seem to be a little quicker in the corners, but on tracks like here it's not enough to gain back the advantage that they have on the straights.

"Compared to Red Bull I think this will be the case this weekend. Compared to Mercedes it is difficult to make predictions for this weekend, they have had ups and downs."

Hamilton set for back-row start at Monza after engine change