Lando Norris jokingly declared that his fastest time in Friday's practice session for the Italian Grand Prix had been the "best lap of my life today!" but nonetheless expressed concern that McLaren was in for a tough weekend at Monza.

Norris finished the day fourth fastest, albeit half a second off the top times set by Ferrari drivers Carlos Sainz and Charles Leclerc, and Red Bull's Max Verstappen.

But that was certainly a big step forward from first practice where he was down in 16th place, as McLaren battle to catch their Alpine rivals in the battle for fourth place in the constructors championship.

"Decent day, I think, he told the media in the paddock after the end of the day's track activity. "We showed good pace at times, made some good steps from FP1 to FP2 - we changed quite a lot of stuff on the car.

"[But] I don’t want to get our hopes up," he cautioned. "I think we’re still quite a way off from where Alpine are, but on the long run we are quite a chunk off."

Fernando Alonso and Esteban Ocon were over three tenths off in FP2, but Alpine head into this weekend's race with a 24 point lead in the standings with just seven races to go, including Sunday's outing. 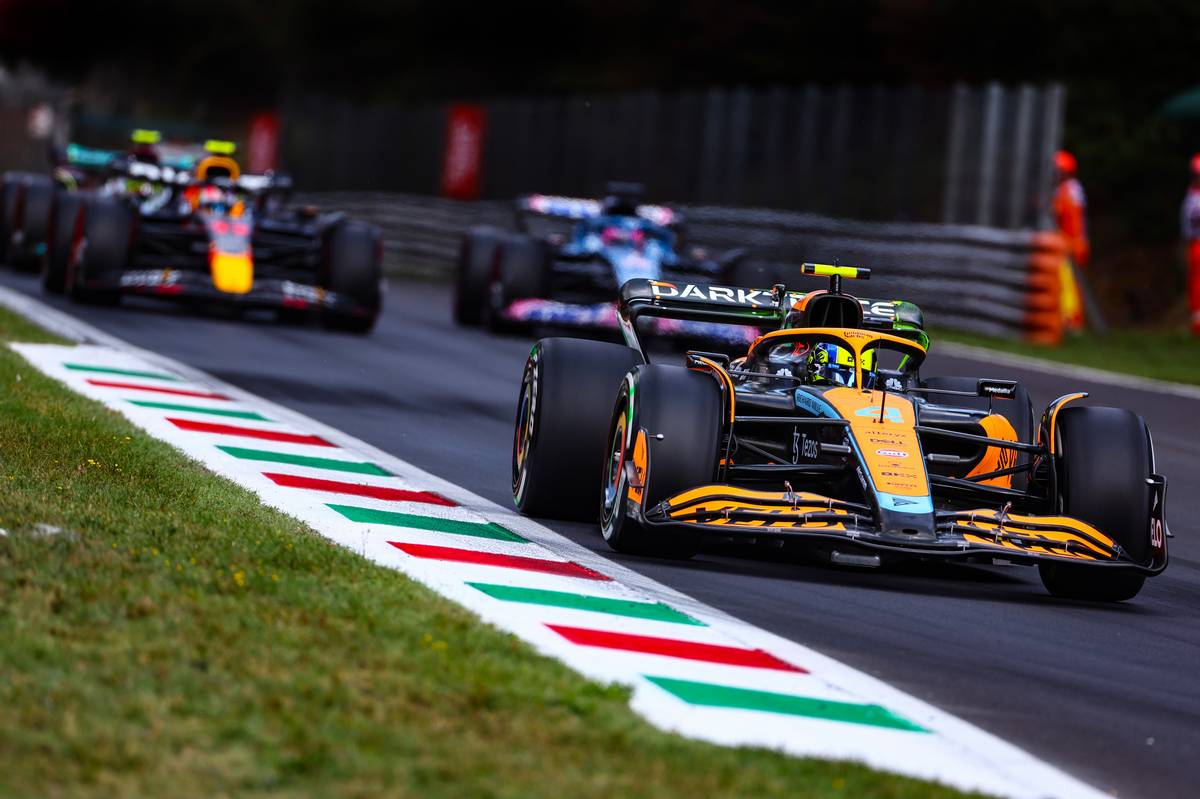 “Some positives here and there," Norris continued. "But as we expected, I think a little bit [behind] coming into this weekend. "Not as competitive as we were in Zandvoort and Budapest, maybe a little bit more in line with Spa.

"We’ll keep working and see what more we can bring for tomorrow," he pledged, "A few adjustments tonight and a bit of homework and set-up tweaks and hopefully we can take a small step forward, and that gives us confidence to be in a good position tomorrow.

Norris is also hoping to gain an advantage from the fact that so many drivers around him - including Sainz, Verstappen and Sergio Perez - will be serving engine-related grid penalties again this week.

“I think the cars that are starting at the back are also cars which are generally a lot faster than us - Ferrari, Red Bull. Especially the Red Bulls. After a few laps they’ll be ahead of us anyway. 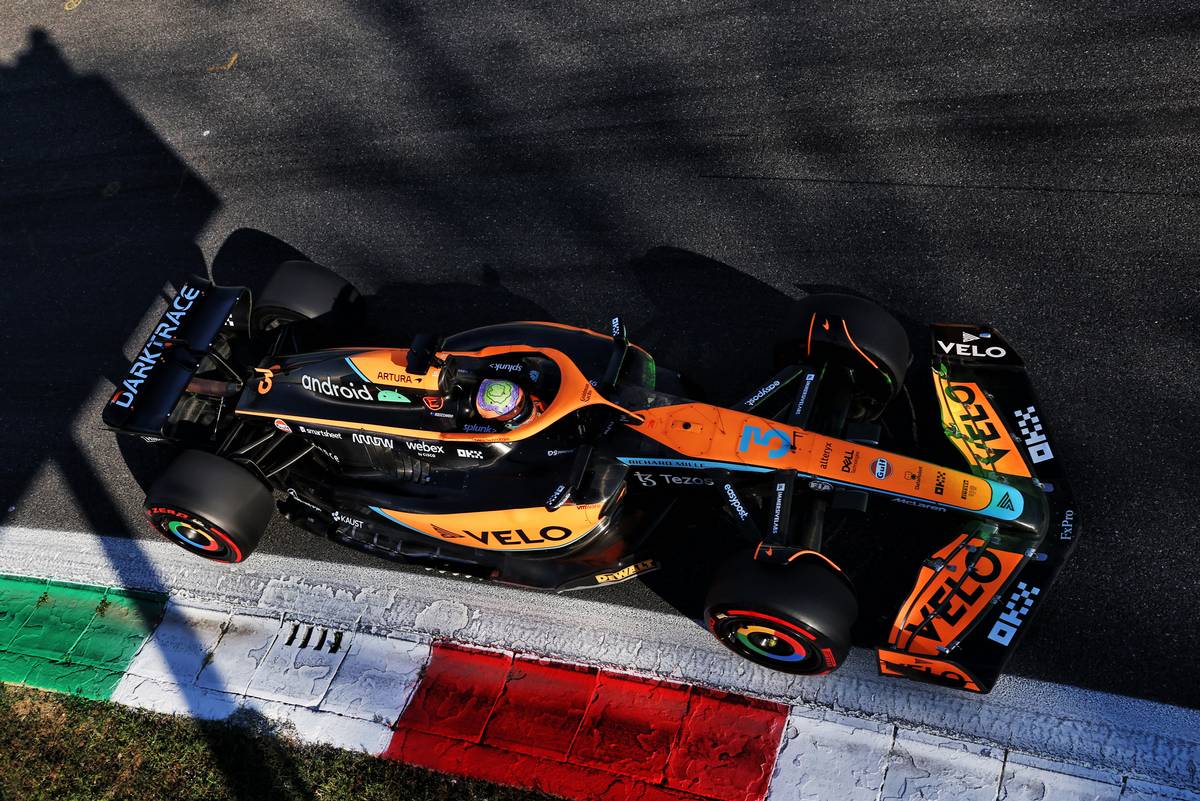 "I don’t think it’s made a big difference for us, but if any opportunities arrive because of this, hopefully we’re there to take it.”

Meanwhile his current team mate Daniel Ricciardo - who will leave McLaren at the end of the current season - was tenth in FP1 and remained a solid 11th in the later run at a circuit where he emerged victorious in 2021.

Although such a fairy tale outcome is unlikely again this year, like Norris the Australian was also pleased with how the team had performed on Friday. "We are maybe not as far off as we thought, so I’m more encouraged than not.

"Lando’s afternoon looked really good," he pointed out. "We will try to learn some things from that set-up. I think my afternoon was average, but I’m encouraged by his pace and looking forward to tomorrow.

“Last year we had some good straight-line speed, but I feel the third sector we were quick – the fast Ascari chicane and Parabolica – just kind of chucking the car in. 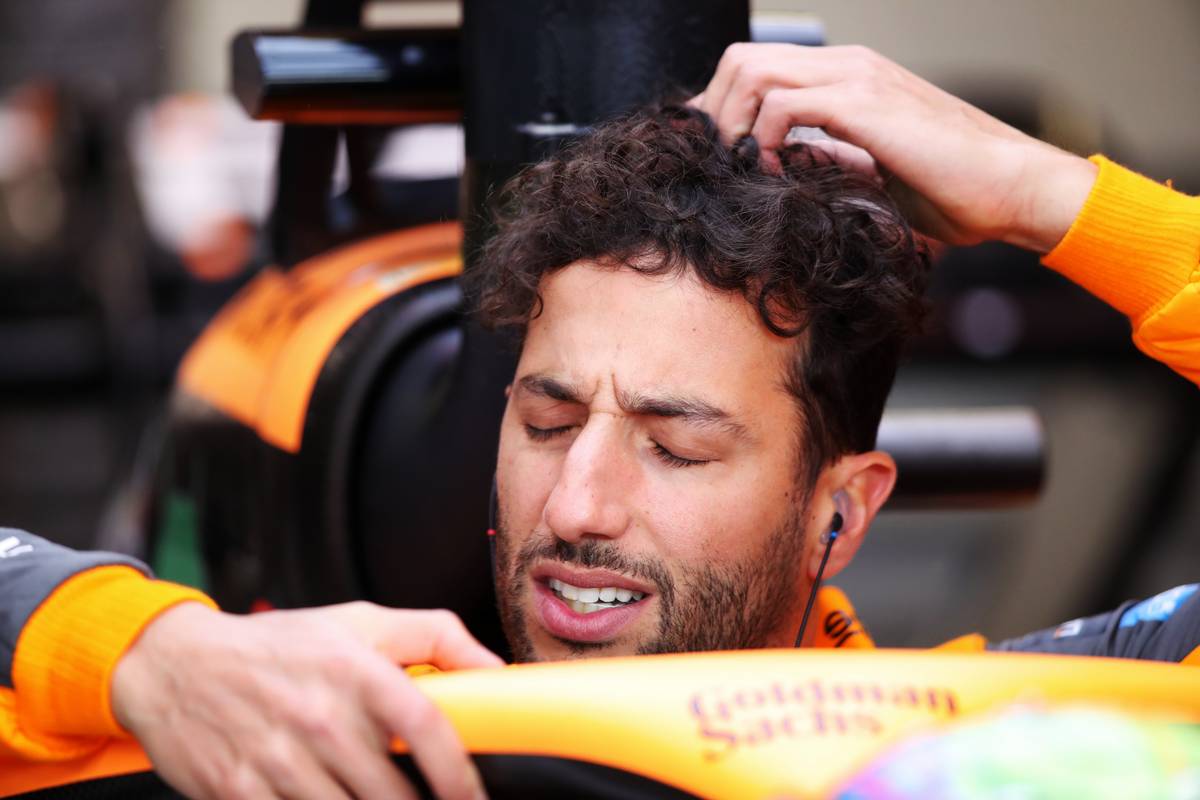 "I don’t think we have that same strength this year," he admitted. “I don’t think we are a step above in some of the high-speed stuff, so I feel that’s where we probably don’t have what we had. It’s probably a little bit everywhere.

“Some tracks have proven better for overtaking with this style of cars, and some haven’t," he said, comparing what had changed in the past 12 months with the introduction of new rules and regulations over the winter.

"It’s funny like you can follow closer this year but you still do get affected and the slipstream is not as big," he said.

"I don’t think it will be crazy easy [for them], they will still have to work for it, the quicker cars coming through.

He added that he would "try and pick up a nice tow in quali somehow and jump a few more spots" he said.

After that he would set his sights on holding off Verstappen and the rest for as long as possible on Sunday as they sought to carve their way back to the front in the race.