Carlos Sainz says the late safety car deployed at the end of the Italian Grand Prix squandered his hopes of a podium in Ferrari's home race at Monza.

Sainz was left chasing at the start of Sunday's race following his engine-related grid demotion to P18. But lap after lap, the Spaniard dispatched his rivals with metronomic consistency to fifth by lap 12!

The Scuderia charger gained another position under the short two-lap VSC and held his own just outside the top-three after his final pitstop.

Sainz looked set to devour third-placed man George Russell and join teammate Charles Leclerc on the podium, but a safety car triggered by Daniel Ricciardo's stranded McLaren just eight laps from the checkered flag, and which lasted until the latter, frustratingly sealed his spot in P4.

"[I was] a bit frustrated in the end," he admitted. "Obviously, I saw the podium very near, very close to me – in the last laps I was catching George by 1.5s – we were very quick out there.

"Unfortunately, the Safety Car came out after a very good race, a race where I had a lot of pace. I could make a lot of moves and put myself into podium contention very early." 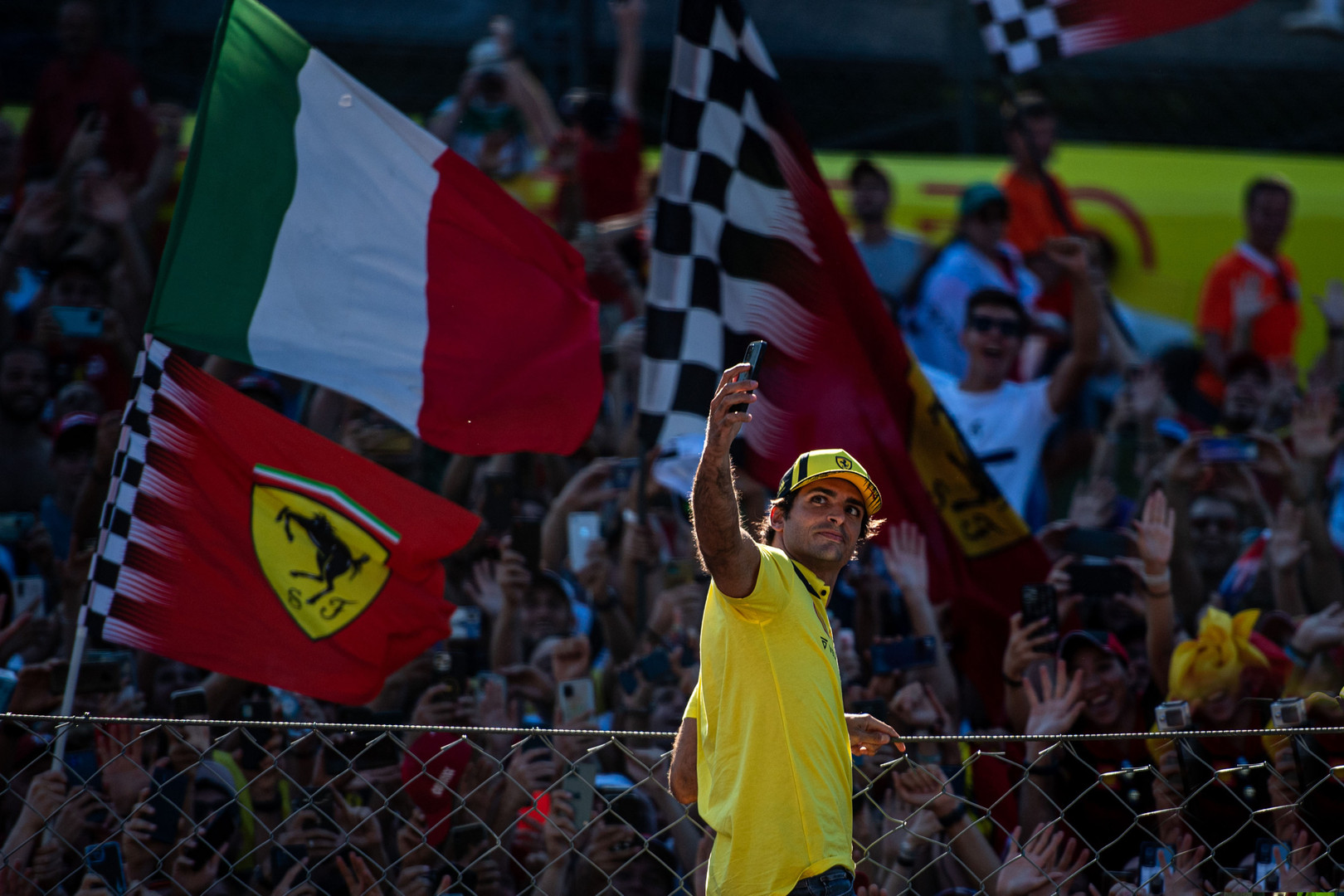 Once again, Ferrari was outgunned by Red Bull and Max Verstappen on race day, but Sainz felt that the Italian outfit had recovered part of its mojo at Monza.

"For sure, because today we were really quick," he said. "I felt really at home with the car, especially on the soft stint – also overtaking people it felt good.

"I feel like we have taken a step forward and now we need to keep maximising the races and the results will come."