Alfa Romeo charger Zhou Guanyu returned to the points last weekend at Monza, and the result has the Chinese rookie excited for F1's upcoming rounds of racing in Asia.

Bad luck and reliability issues have often conspired this season to undermine Zhou's efforts, with the Chinese rookie scoring a top-ten finish in just two races – Bahrain and Canada – before his run to P10 in the Italian Grand Prix.

A steady race had put Zhou on the verge of the top-ten in the second half of the race, during which he battled Williams rookie Nyck de Vries for the final championship point.

But Daniel Ricciardo's retirement late in the day moved both drivers up a spot in the running order and sealed Zhou's claim for tenth. 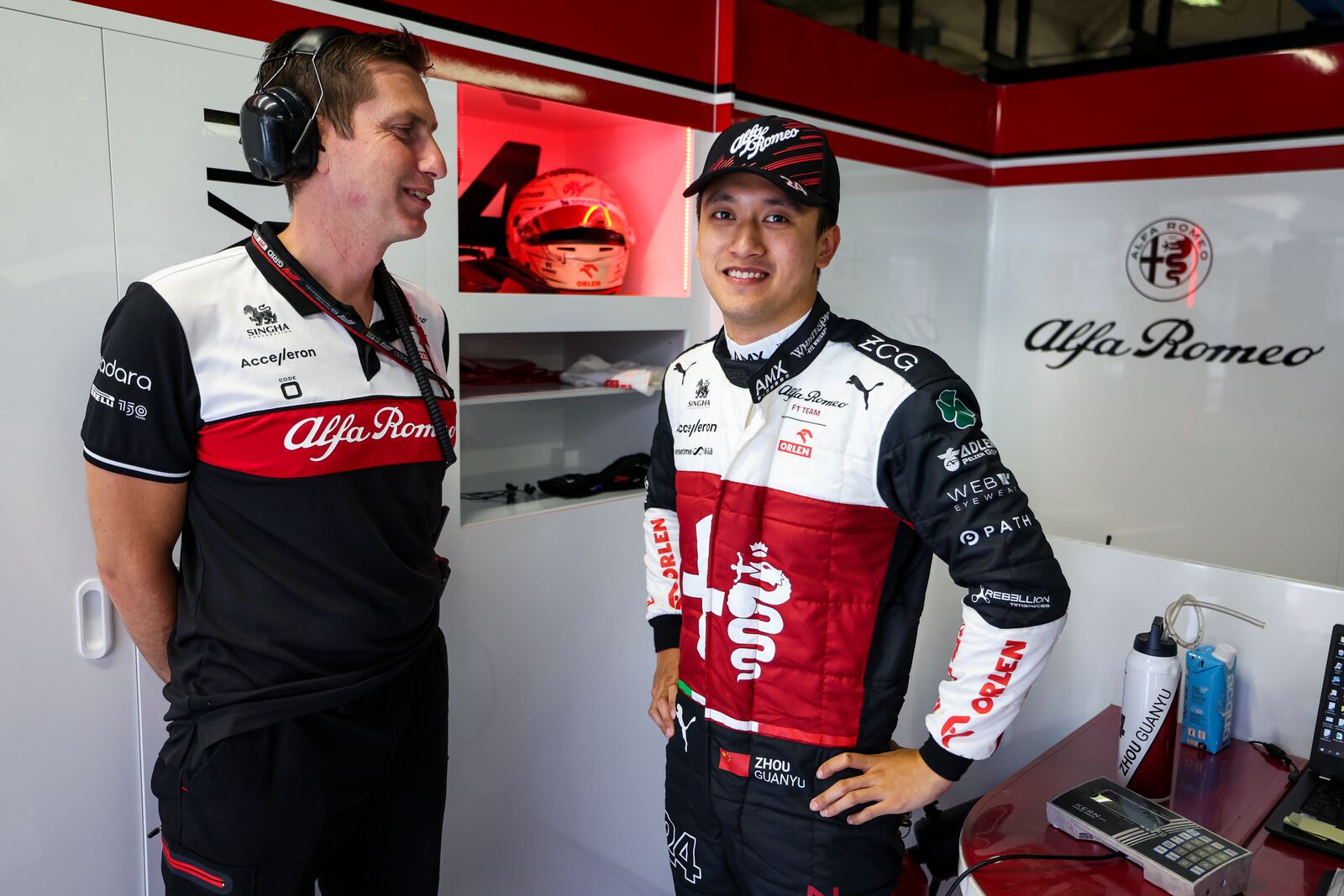 "It felt like it’s been such a long time from my side and also for the team because it’s been pretty up and down," said the Alfa driver.

"The first part of the season, we had a lot of DNFs and the second part we weren’t competitive enough to be in the points. Today was a good result… a home race for Alfa Romeo.

"So, very happy and proud with the job we were able to do in the short term to turn it around from Zandvoort to here."

Zhou's F1 travels will take him closer to home in the upcoming weeks, with races in Singapore and Suzuka in Japan.

But before he heads to Asia, the 23-year-old will regroup with his team at Hinwil and review his most recent performances at Zandvoort and at Monza.

"We have to analyse what was wrong and what was good this weekend and try to be ready for the next double header, which is Singapore and Japan," he said.

"I’m really looking forward to these two races, a bit more closer to home, so I will have a lot of support there and I am excited for what is coming.

"But again, it will be a super tough finish to the end."