A week on from his maiden Grand Prix race win in Brazil, George Russell was in good form during Friday practice for this weekend's season finale in Abu Dhabi.

Russell was second fastest in both sessions - behind Mercedes team mate Lewis Hamilton in FP1, and then in runners-up spot behind Red Bull rival Max Verstappen in FP2.

But despite this success, Russell admitted that the team lacked speed in both qualifying and long distance run compared to Red Bull and had their work cut out to have a chance of victory at Yas Martina.

"We had a very strong day in terms of what we've learned, given this is one of the last opportunities to gain learnings for the next season," he said.

"With the test items that we ran during FP1, especially on my side of the garage, I'm looking forward to 2023 with what we've learned today. 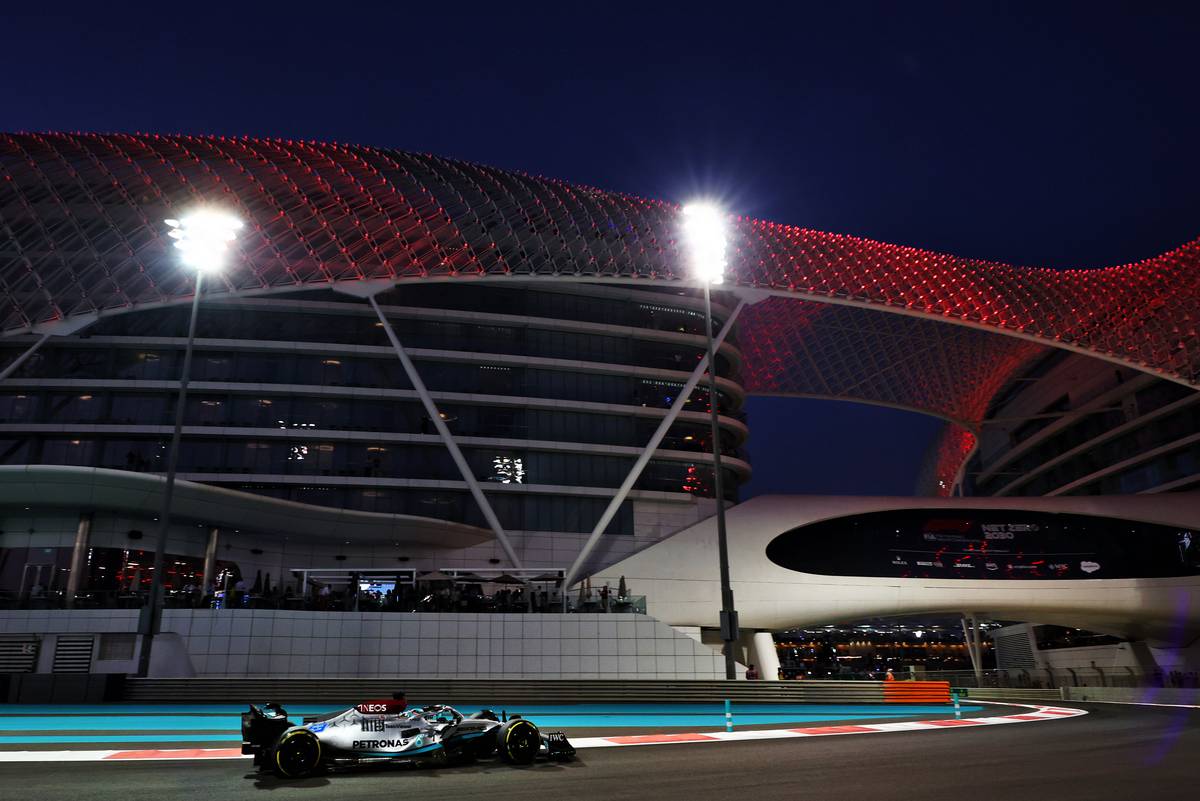 For FP2, the track changed completely with the temperature drop. The car felt fast," he continued. "But I think Red Bull are ahead of us in terms of single lap pace."

Russell said that the long straights at Yas Marina worked to the strengths of the RB18 with its straight line speed, as well as its superior handling out of low-speed corners.

"They’ve got a really slippery car down the straight, very efficient. And on a circuit like this with two long straights and lots of slow speed corners, this kind of suits them down to a tee.

"Red Bull just had the legs on us," he acknowledged. “Single lap, probably two tenths ahead, long run maybe even further. We’ve got a little bit of work to do overnight. 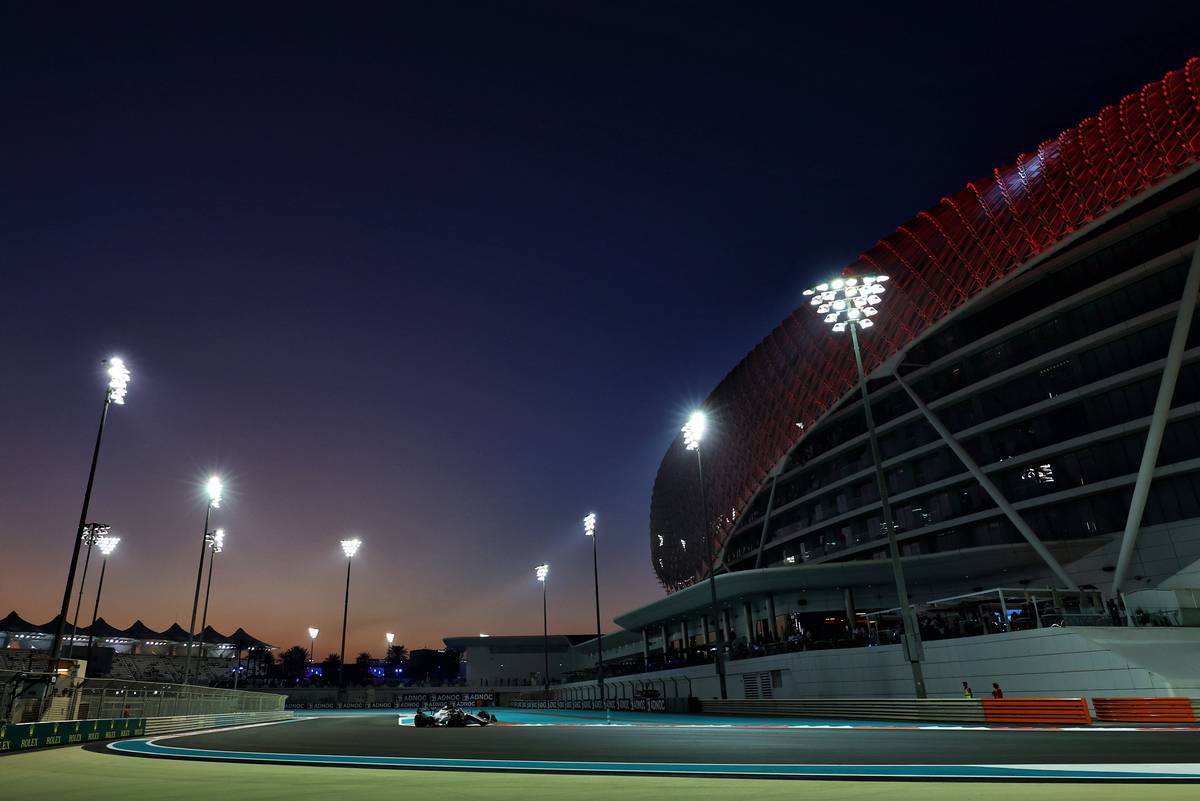 "Pleased we’re much closer than we were say at Spa, where it’s not too dissimilar to this," he pointed out. "[And] compared to Ferrari our performance from what we can tell so far looks reasonable for this weekend.

"I'd like to think we'll be able to fight for the top 3 in qualifying tomorrow and see where that can take us on Sunday."

Although he was fastest in FP1 when several drivers including Verstappen stood down to allow young drivers to have track time, Hamilton dropped to fourth in the twilight session.

"In FP2 the car balance was a bit off, following some set-up changes between the sessions, so we will need to make some updates overnight. But otherwise we're relatively competitive.

"Tyre management for qualifying tomorrow will be tough," he noted. "In FP2 it took much longer to get them in the right window, so it's a little bit like rolling a dice."

He admitted that his race run “wasn’t very good, but I don’t know where it stands compared to the others" but agreed with Russell's analysis about their rivals.

The Red Bulls look a bit quicker here, which was expected,” he said. “We didn’t expect this to be our strongest race, but we’ll work hard overnight. We’re generally right there, so hopefully we can put up a good fight.”