It looked as though Mercedes' problems with bouncing or 'porpoising' down long straights was a thing of the past, but Lewis Hamilton said that the issue had returned in today's qualifying session for the Abu Dhabi Grand Prix.

Hamilton came into this weekend's season finale full of optimism, after his team mate George Russell was able to beat Max Verstappen in a straight fight to secure a maiden victory last week in Brazil.

But instead their pace was compromised by a recurrence of the bouncing that had blighted the first half of their season.

“Bouncing is back, so that’s not that easy,” he told the media in the Yas Marina paddock after the end of the twilight session which saw him qualify in fifth place, with Russell alongside him in sixth just 0.003s behind.

More worrying for Hamilton was the gap in times to their main rivals Red Bull, with his lap clocking in 0.684s behind the best of the evening set by Verstappen. 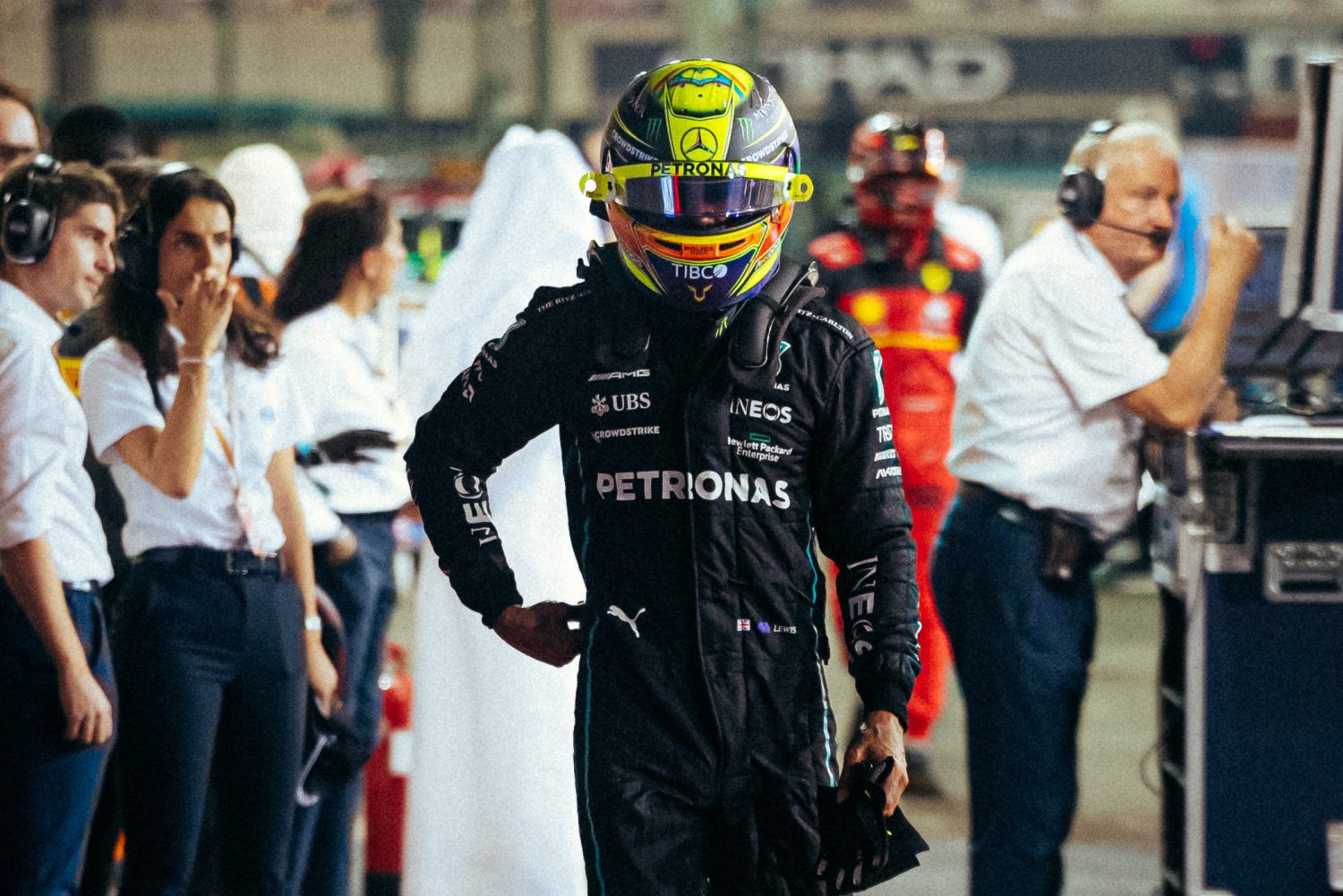 “Definitely wasn’t expecting to see such a big gap," he admitted. "We’re losing six-tenths on the straight. It was reminiscent of some of the previous races before Austin.”

It wasn't just bouncing this time, with Hamilton also alerting the team to ongoing issues with his brakes right at the start,

"I was trying to get the other one to come up, but it was never equalling the other brake. Normally they would both be exactly the same.

“Drag is probably our biggest weakness, or equal number one. There’s loads of other things.

“We’ve obviously got some downforce, we just need to build a much more efficient car," he said, turning his attention to 2023's new chassis. 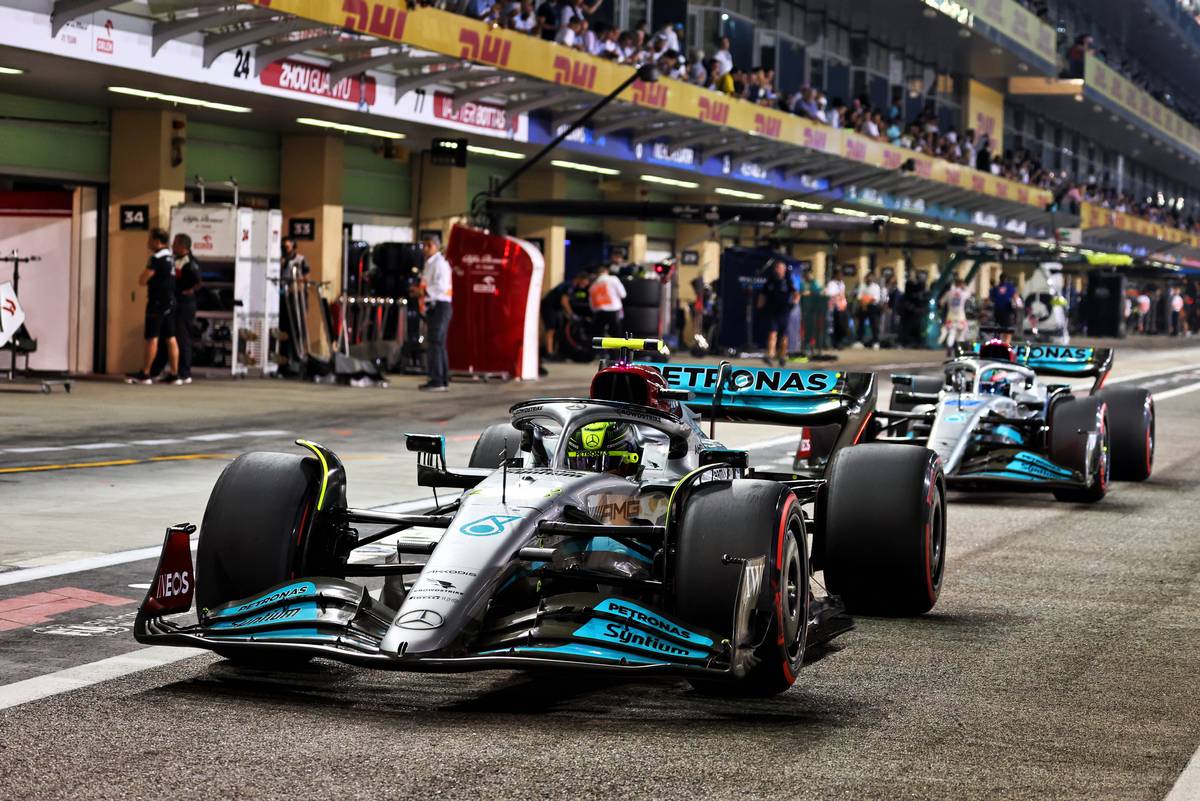 "Everybody in the team knows exactly what are the problems and where we’ve gone wrong. I’m very confident they’re not going to build the next car with any of those characteristics.”

And he made no secret about his lack of fondness for the W13 unlike many of its predecessors. “I’m looking forward to the end of Tuesday which is the last time I have to drive this thing.

"I don’t ever plan to drive this one again. It won’t be one of the cars I request in my contract!”

He wasn't holding up much hope for tomorrow's race, his last chance to maintain his run of at least one race victory in every season since his debut in 2007.

“I imagine [our pace will be] similar to today," he said. “I don’t know if we will be heading for a podium but if our degradation is better, then maybe.” 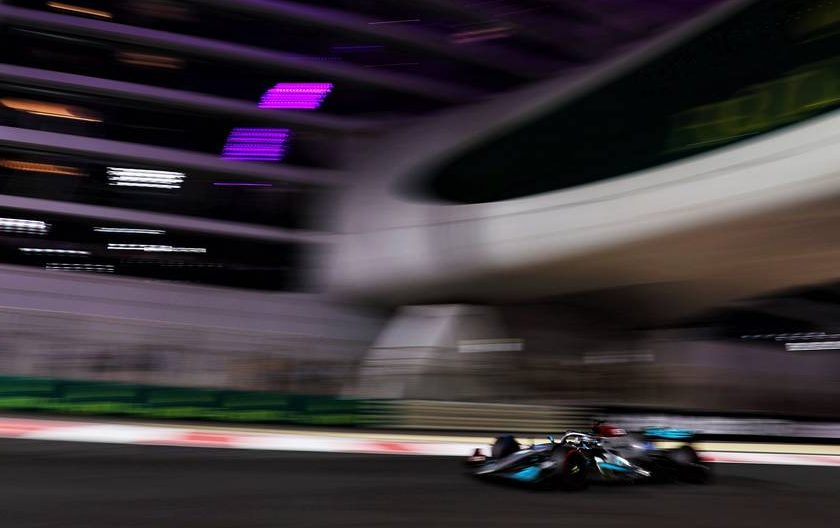 For his part, Russell said that the third row of the grid was "probably where we expected to be" on a track that favoured the Red Bull cars.

“On a circuit like this we know we don’t have the most efficient car, and with those long straights we’re just getting mullered by a Red Bull," he sighed.

“But I think we’ve got a much faster race car tomorrow, and long run pace looked pretty strong compared to Ferrari," he added. "Maybe a little bit further away than we would’ve liked.

Leclerc: Ferrari in 'a good position' but P3 where we deserve to be