Max Verstappen extended his own record for the most win in a single season by claiming victory in the Abu Dhabi Grand Prix, bringing his tally to 15 wins in 2022.

Verstappen admitted that this would be hard to match next year, but he was determined to do his best to carry Red Bull's dominance into next year.

"I know it's going to be hard to replicate something like this, but it's also very good motivation to try and do well again next year," he told the media in parc ferme after fireworks and donuts at the end of the race.

Verstappen finished on 454 championship points, the most ever scored by a driver in a single season. He finished 146 points ahead of Charles Leclerc in the final drivers championship standings.

“Incredible to win again here. The 15th win of the season, it’s unbelievable.” he said after easily winning today's race from pole position ahead of Leclerc and his own team mate Sergio Perez.

"It was a good race, but was all about tyre management," he acknowledged. "We looked after the mediums well, and then it was all about managing the hard tyres to the end.

"It's been really enjoyable to work with the whole team and to be able to achieve something like this," he added. 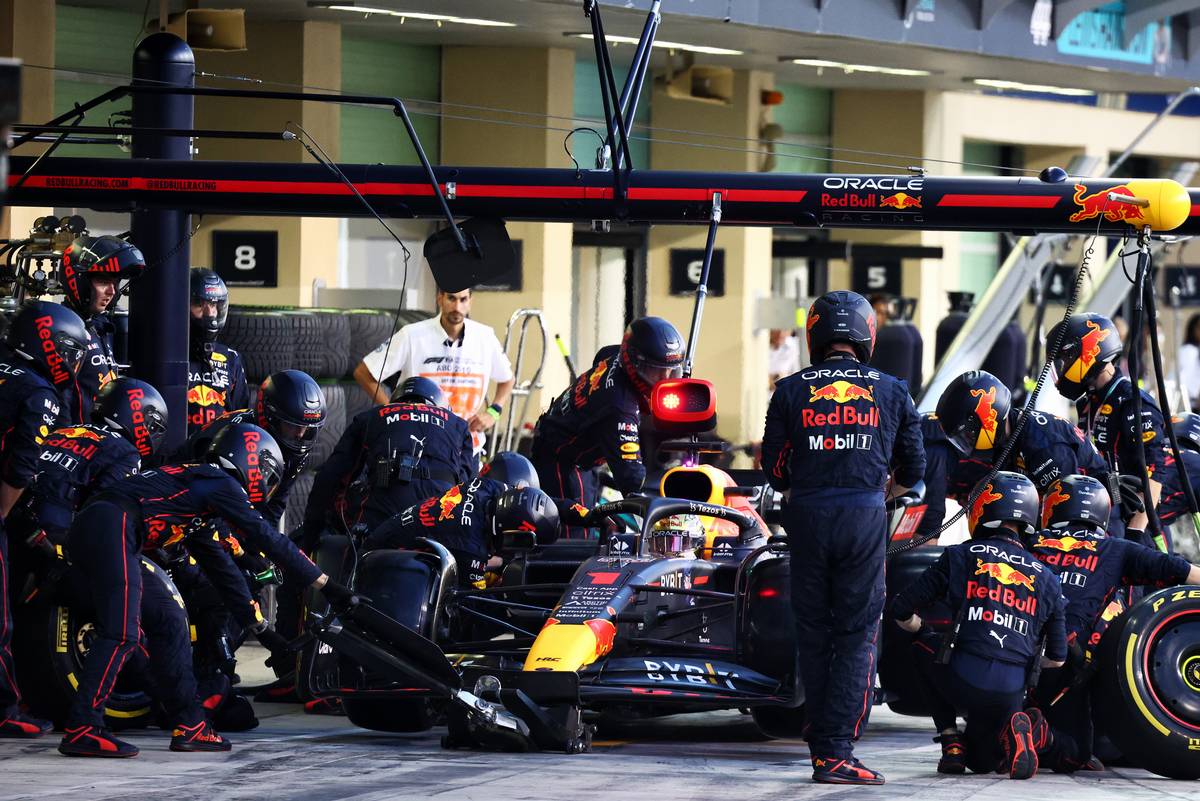 Even though Sergio Perez missed out on finishing as runner-up in the drivers championship by three points, Red Bull team principal Christian Horner hailed the team's most successful season.

"It's been an unbelievable year. There's been ups and downs, but there's been a lot more ups and we'll struggle ever to match this year," he told Viaplay, echoing Verstappen's comments.

"It's remarkable what Max has managed to achieve and the steady progress that he's made," he continued. "Still only 25 years of age, he's getting better, he's still learning, and I think he'll just continue to improve and improve.

"I think for the team - the car, 17 victories, two sprint race wins, drivers championship, constructor championship, Checo third in the drivers. He drove like lion as well today.

"Particularly in a year when we lost our founder Dietrich [Mateschitz], I think he would have been very proud of the results that we've managed to achieve."