As expected, Daniel Ricciardo has joined Red Bull Racing as its third driver for 2023, the Aussie hired to assist the team with testing, sim work and commercial activities.

It's a homecoming for the former 33-year-old McLaren driver who raced for Red Bull from 2014 to 2018, a period during which Ricciardo won seven of his eight Grand Prix  victories with the Milton Keynes-based outfit.

"It is great to bring Daniel back into the Red Bull family," commented RBR team boss Christian Horner.

"He has enormous talent and such a brilliant character; I know the whole factory is excited to be welcoming him home.

"In his role as test and third driver, Daniel will give us the chance to diversify, assisting in the development of the car, aiding the Team with his experience and knowledge of what it takes to succeed in F1.

"We’re very pleased to be working with Daniel again and look forward to everything he will bring to the Team in 2023."

Last weekend in Abu Dhabi, Horner made clear that Ricciardo's potential contract with the team would be very specific. And while he'll be burning rubber at the wheel of an F1 car on multiple occasions next year during Red Bull's show runs, there is no provision in Ricciardo's contract for a return to a full-time race seat. 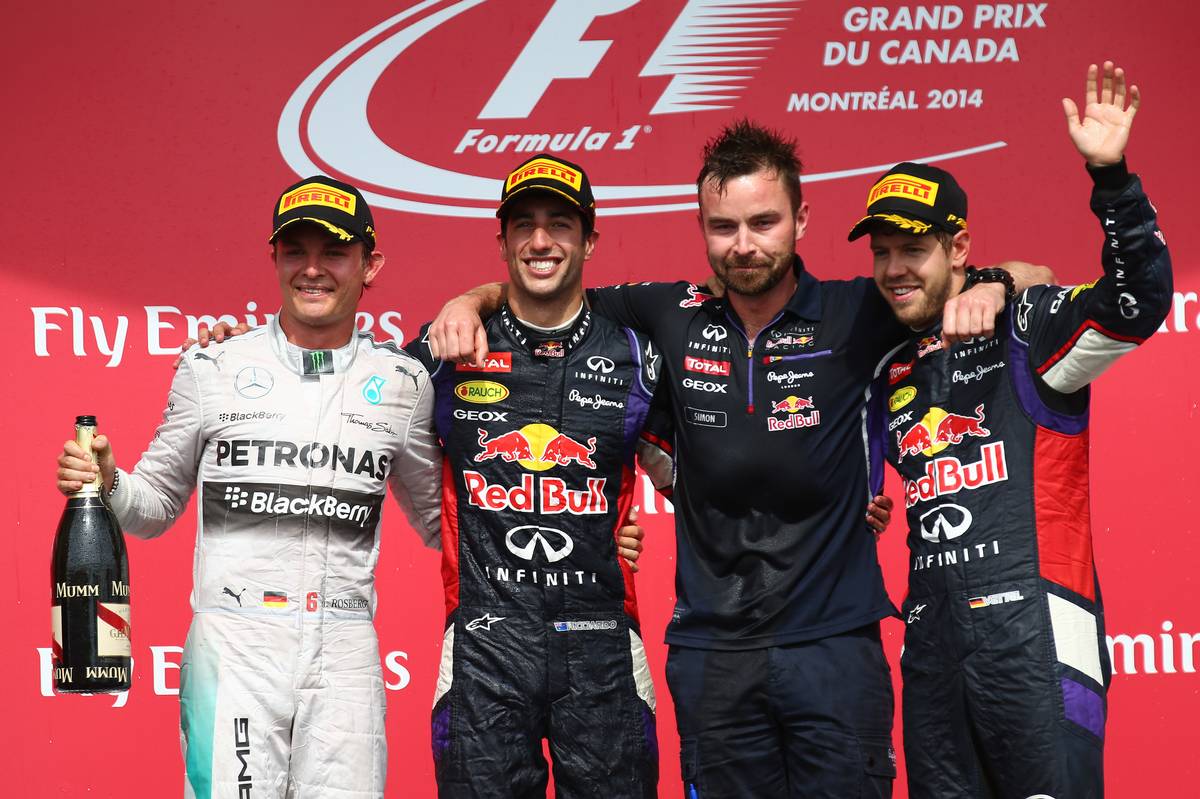 Daniel Ricciardo won his maiden Grand Prix in Canada in 2014 with Red Bull.

After the news last summer of his exit from McLaren, Ricciardo made clear that his priority was to remain in Formula 1, even in a support role with a front-running team.

Ricciardo is by no means giving up on returning to the grid at some point in the future, but in the interim a more leisurely programme in 2023 in association with Red Bull proved "hugely appealing" to the Aussie.

"The smile says it all, I’m truly excited to be coming back home to Oracle Red Bull Racing as their Third Driver in 2023," he said.

"I already have so many fond memories of my time here, but the welcome from Christian, Dr Marko and the entire team is something I’m sincerely appreciative of.

"For me personally, the ability to contribute to and be surrounded by the best team in F1 is hugely appealing, whilst also giving me some time to recharge and refocus.

"I can’t wait to be with the team and support with simulator work, testing sessions and commercial activities. Let’s go!"

Brown: Piastri a 'future star' but must be given time