Daniel Ricciardo says his ninth-place finish in Sunday's Abu Dhabi Grand Prix has left him "at peace" with how his final season with McLaren has ended, regardless of whether he returns to F1 or not in the future.

Ricciardo drove a solid final race with the Woking-based outfit despite his struggles to keep his front tyres alive during his one-stop race.

The Aussie's extended second stint saw him charge back from P18 to P9 and resist a valiant effort from Aston Martin's Sebastian Vettel to beat him to the checkered flag.

All in all, Ricciardo was pleased with his final effort with team papaya. 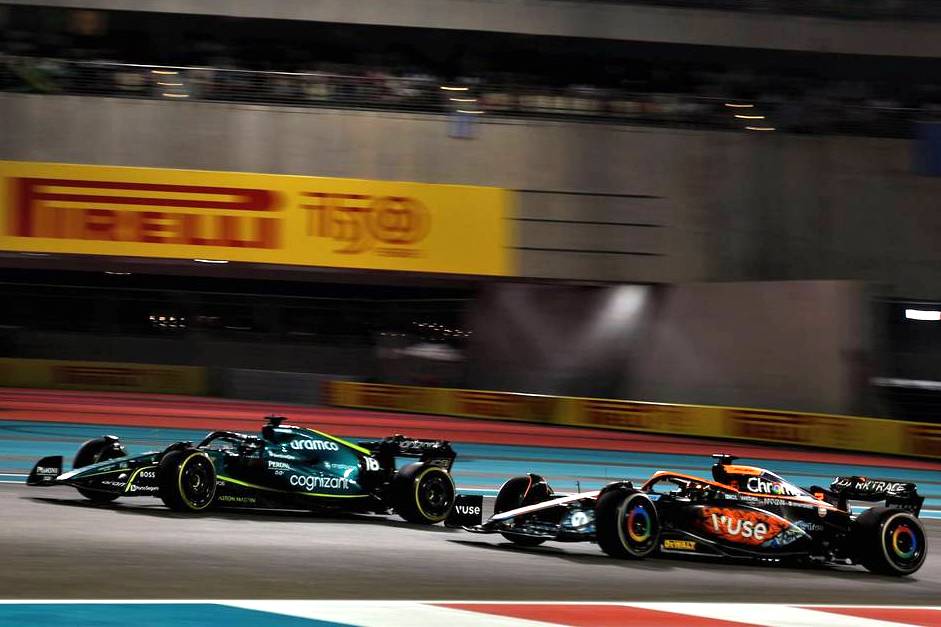 "I'm happy," he said. "I'm relieved also that the season finished like this and not like the race in Brazil [where Ricciardo retired on the opening lap].

"I think to see the checkered flag, to finish in the points, it just makes me a little more at peace with how this year has ended.

"And, of course, I don't know what the future holds, so if this was to be my final ever race, at least I can say, 'Alright'. I had a nice little battle with Vettel at the end.

"I feel a bit more content with my performance, so for that I'm relieved."

During this weekend's finale at Yas Marina, Ricciardo tried his best to keep his emotions in check by focusing on the task at hand rather than on his uncertain future and the thought that he was perhaps on the eve of his final race in F1.

"I tried not to get too emotional, honestly," said the eight-time Grand Prix winner who looks set to return to Red Bull next season as the Milton Keynes-based outfit's third driver.

"Because it's not a sure thing – maybe it is [the last race], maybe it isn't, and there's still a race to happen. I didn't want to be overridden with emotions, and a lot of nostalgia and all these things.

Schumacher slapped down by Haas one last time in Abu Dhabi