"This is the fusion of two future-focused businesses that are re-shaping motor racing for the digital generation that will bring the benefit of the most integrated and extensive motoring and motorsport media operation to our series," said Formula E founder and CEO Alejandro Agag.

Details of the amount of the investment and the size of the stake that Motorsport Network will take in Formula E were not immediately disclosed.

The company, which owns Motorsport.com and which recently bought Autosport magazine from Lord Heseltine's Haymarket Group, explained that the move was part of a broader strategy to take a leadership position in both the electric vehicle road car and electric racing media.

"The intelligence we can add to this picture is a discernible trend among our digital motorsport audiences to consume the racing content from Formula E," he added. "This has underwritten our decision to invest in the series."

Brown also said that the company, which also includes automotive website Motor1.com, would develop a dedicated platform to cover the latest news, car launches and road tests of the increased number of electric road car launches scheduled for 2017.

"2017 will be a year of unprecedented activity in the electric vehicle market," said Motor1.com editor-in-chief John Neff. "In recognition of this paradigm shift in the automotive sector, we are committing to provide a dedicated platform.

"It is a real strength that we can extend our EV content into broadcast and OTT channels as well as make the logical connection to electric racing with this new investment in Formula E."

Alonso: 'Boring' Formula One has passed its peak 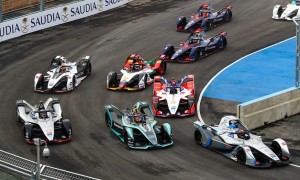 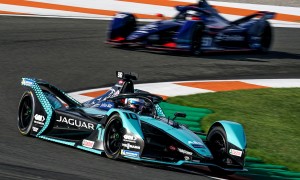