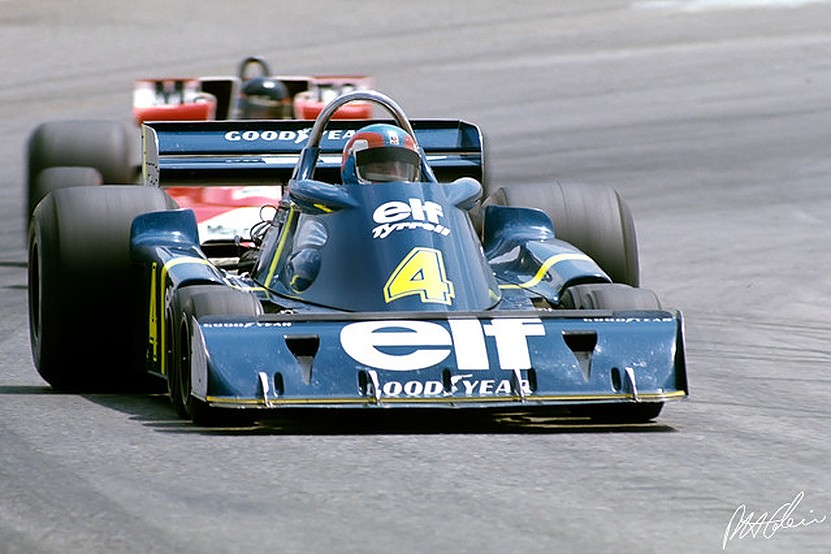 On this day in 1976, Tyrrell's radical six-wheel Tyrrell P34 made its race debut at the Spanish Grand Prix at Jarama

The brainchild of designer Derek Gardner, the revolutionary car was born out of the engineer's will to elevate Tyrrell above Grand Prix racing's very level playing field at the time.

Indeed, most teams were using the same Cosworth DFV-Hewland gearbox-Goodyear tyres combo.  So a bit of thinking outside of the box was required.

And outside of the box Gardner undeniably went, with the radical car showing massive potential in testing - very secret testing, by the way - and winning on only its fourth outing!

Unfortunately, almost non-existent development by Goodyear of the P34's mini front-wheel tyres eventually put the innovative design at a dead end, where it eventually succumbed.

When angry Mansell told journo to 'see a psychiatrist'