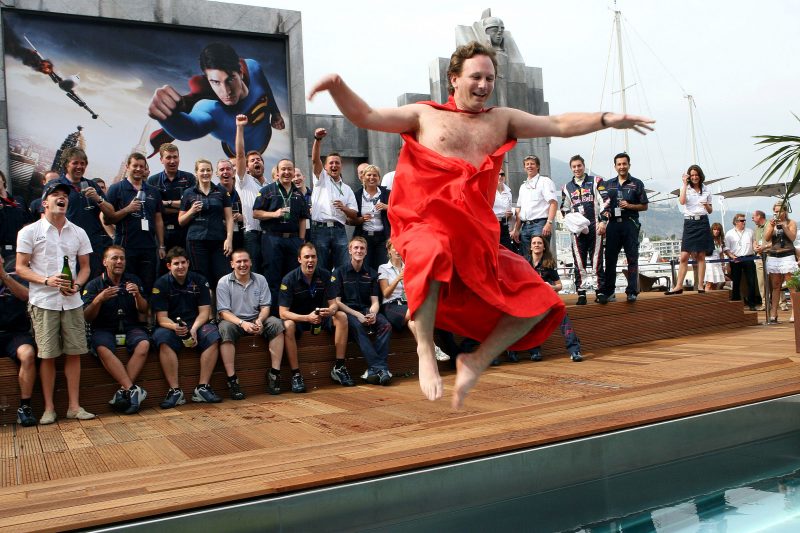 There was a good reason to celebrate in the Red Bull camp on this day at Monaco in 2006.

The Milton-Keynes outfit was just starting to build itself up as a force to be reckoned with in Formula 1 when it clinched its first podium in Monte-Carlo that year, courtesy of David Coultard who produced a great drive to third.

That weekend, the team had been promoting the Hollywood blockbuster 'Superman Returns'.

To celebrate its milestone achievement, Red Bull boss Christian Horner donned a cape and took a naked leap of faith into the Energy Station's swimming pool!

Who took a dip in Monaco's harbour?