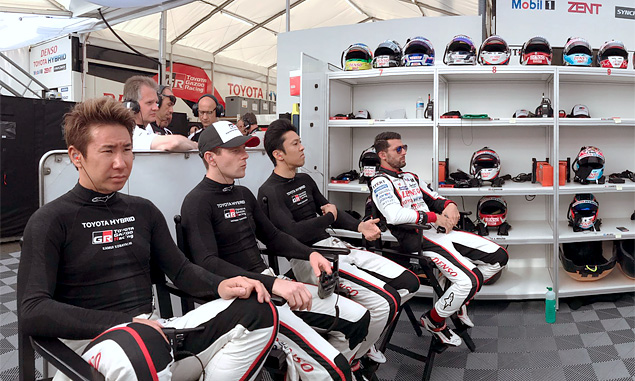 Today sees the start of the 2017 Le Mans 24 Hours race, and everyone's getting ready for what should be a thrilling race.

A brilliant qualifying lap from Toyota's Kamui Kobayashi smashed the pole record for the event by two seconds. The Japanese driver previously raced in Formula 1 between 2009 and 2012 for Toyota and Sauber, making 75 starts in all.

Today's Picture of the Day shows Kobayashi watching the Saturday morning warm-up in the Toyota garage. He's sitting alongside another Formula 1 alumni, Anthony Davidson, who is one of the drivers of the sister car. The pair will line-up on the front row of the grid for the start of the race at 3pm local time.

Throwing the flag for the start of the race will be new Formula 1 boss Chase Carey. Among other drivers taking part in the race will be Rubens Barrichello, as well as many other sportscar drivers and stars from Formula E and IndyCar.