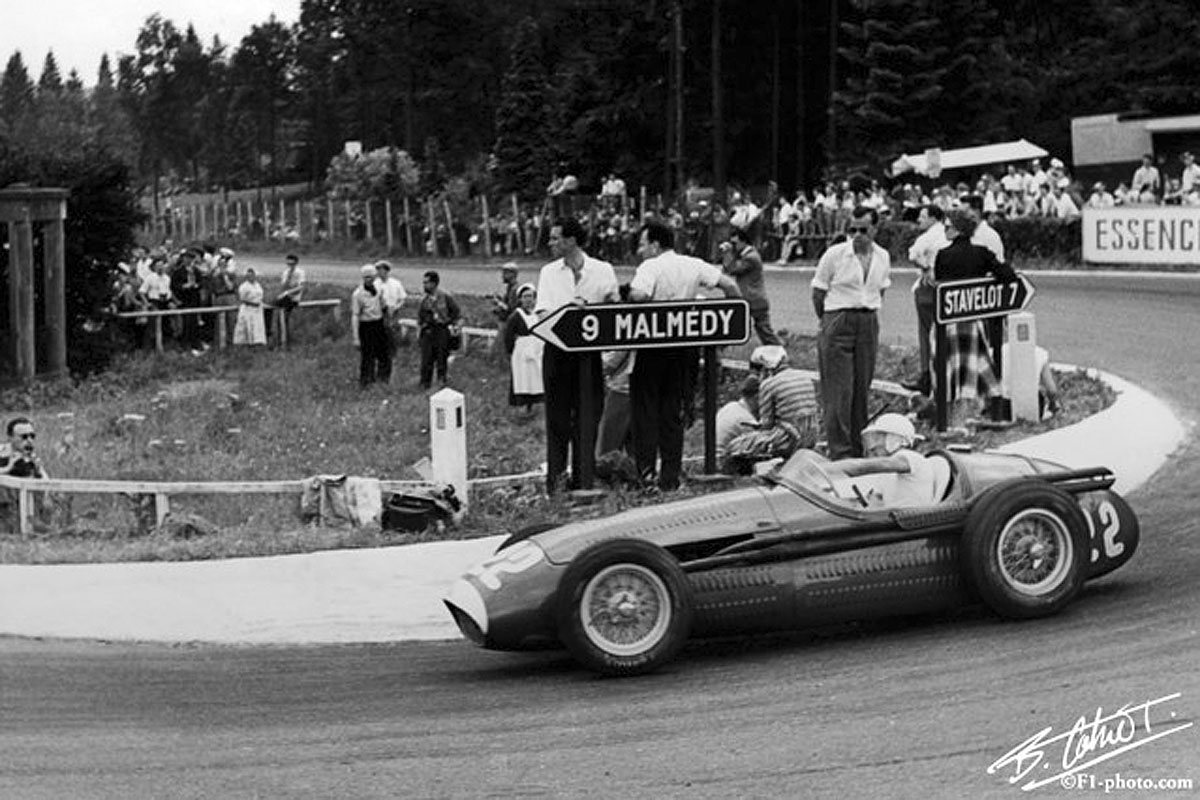 On this day in 1954, Stirling Moss finished third in the Belgian Grand Prix at Spa, achieving his first Formula 1 podium driving a privately entered Maserati 250F.

The third of nine races in that year's world championship, it was only the 11th race appearance for Moss who had made his F1 debut in the 1951 Swiss round.

The great Brit trailed the Maserati of race winner Juan-Manuel Fangio and the Ferrari of runner-up Maurice Trintignant. Just seven cars - half the number that lined up at the start - lasted the full race distance, with an unwell Mike Hawthorn swapping out mid-race in favour of José Froilán González.

Fangio would go on to win that year's title with 42 points, compared to 25.14 points for González. Things were very different back then... 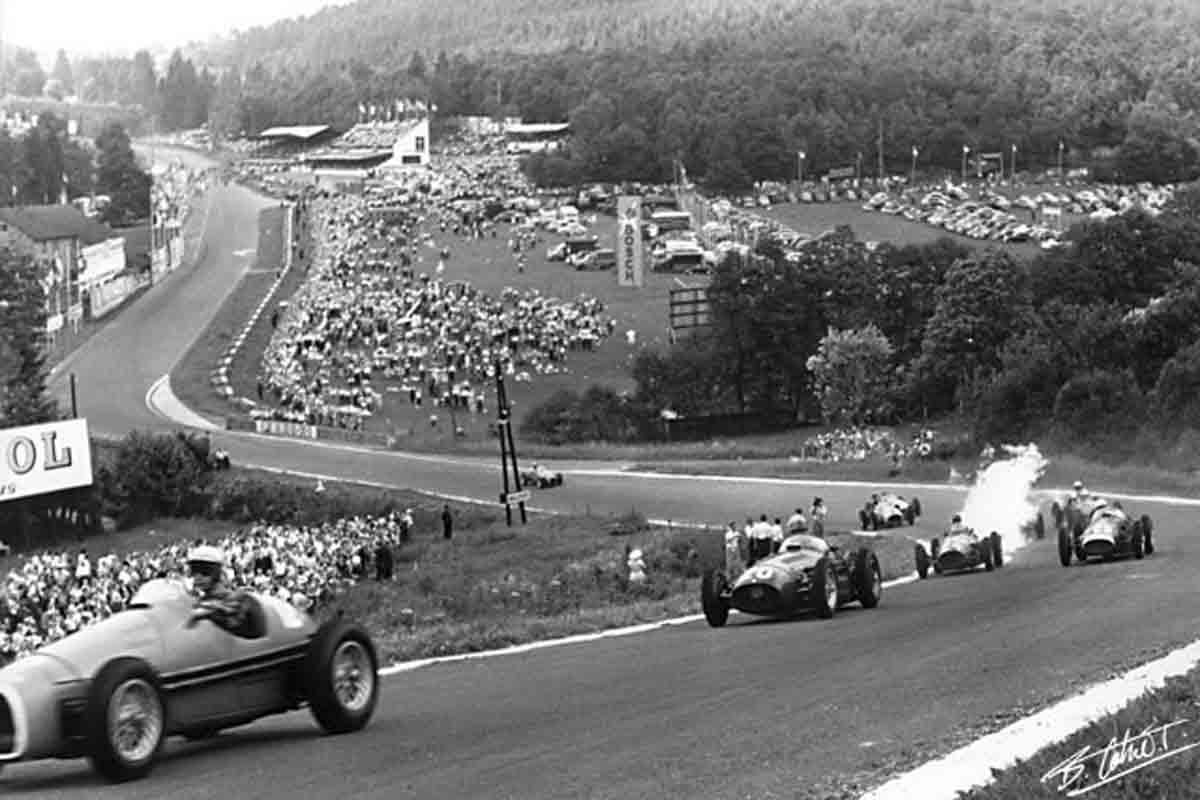 The day F1 staged a ruinous farce at Indy