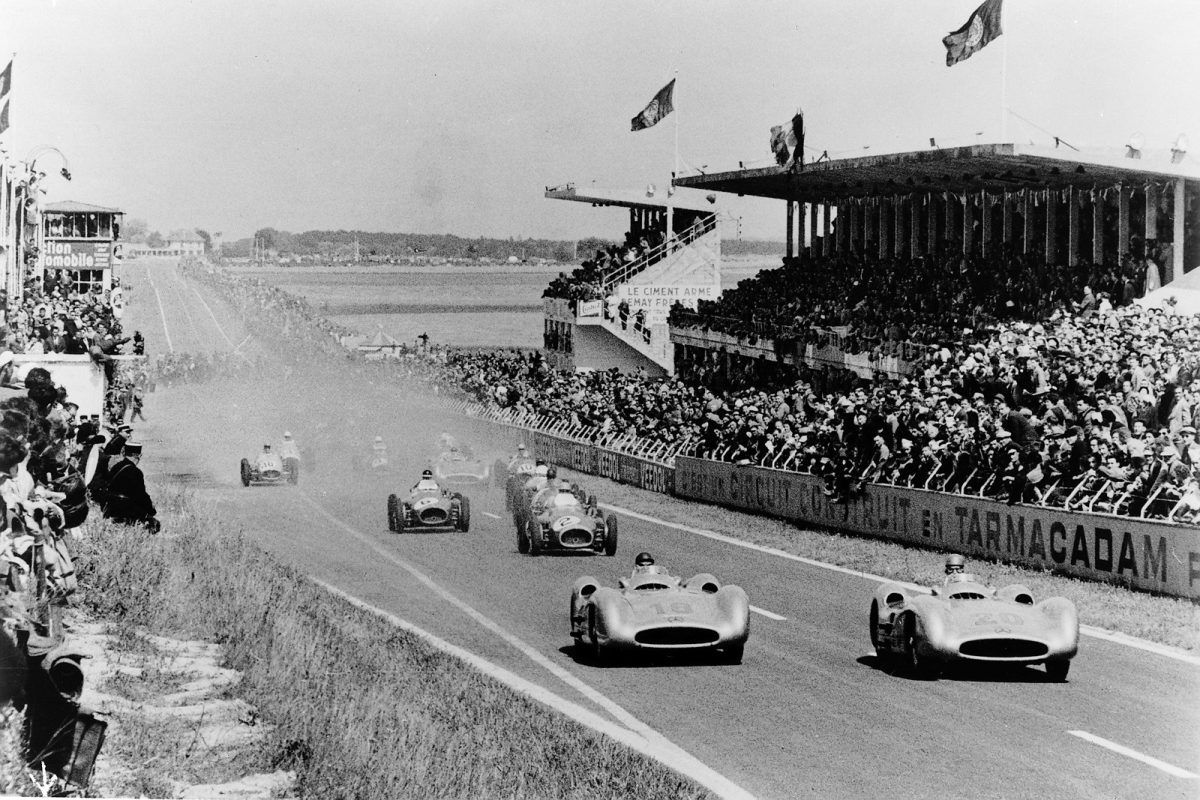 On this day in 1954, Juan Manuel Fangio led home team mate Karl Kling as Mercedes dominated the French Grand Prix at Reims to secure its first ever victory in Formula 1.

The German manufacturer's streamlined-bodied W196 Silver Arrows, powered by its mighty straight-8 fuel injected engine, set the pace from the outset on the 8.3 km power circuit, with Fangio and Kling running away with the race and finishing a lap clear of Robert Manzon's Ferrari.

Since its glorious inception, the mighty Mercedes squad has accumulated 118 wins in the Formula 1 World Championship and seven consecutive Constructors' titles!