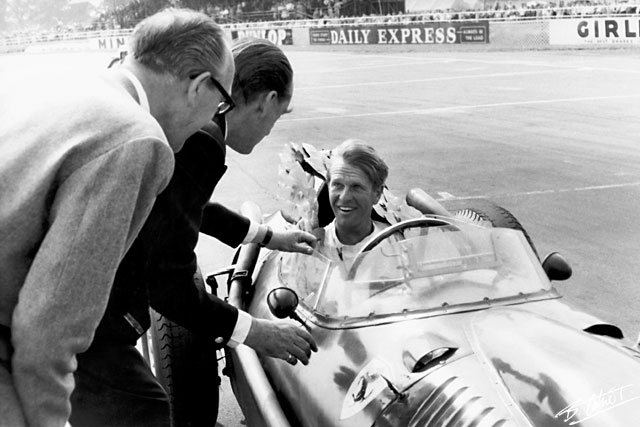 Peter Collins answered Enzo Ferrari's criticism in the best possible way by winning the British GP at Silverstone on this day in 1958.

Feeling he was losing his edge, Ferrari demoted Collins to its 'B' team in France, but fellow team mate Mike Hawthorn would have none of it, standing up for his mate and boldly telling the Commendatore that he was wrong.

Collins was reinstated at the next race in Silverstone  and produced a flawless drive in the Scuderia's D246 to win by a comfortable margin from Hawthorn and Roy Salvadori's Cooper-Climax.

To win or not to win, that was Hunt's question

Nothing like a deranged clergyman to spice up a race!