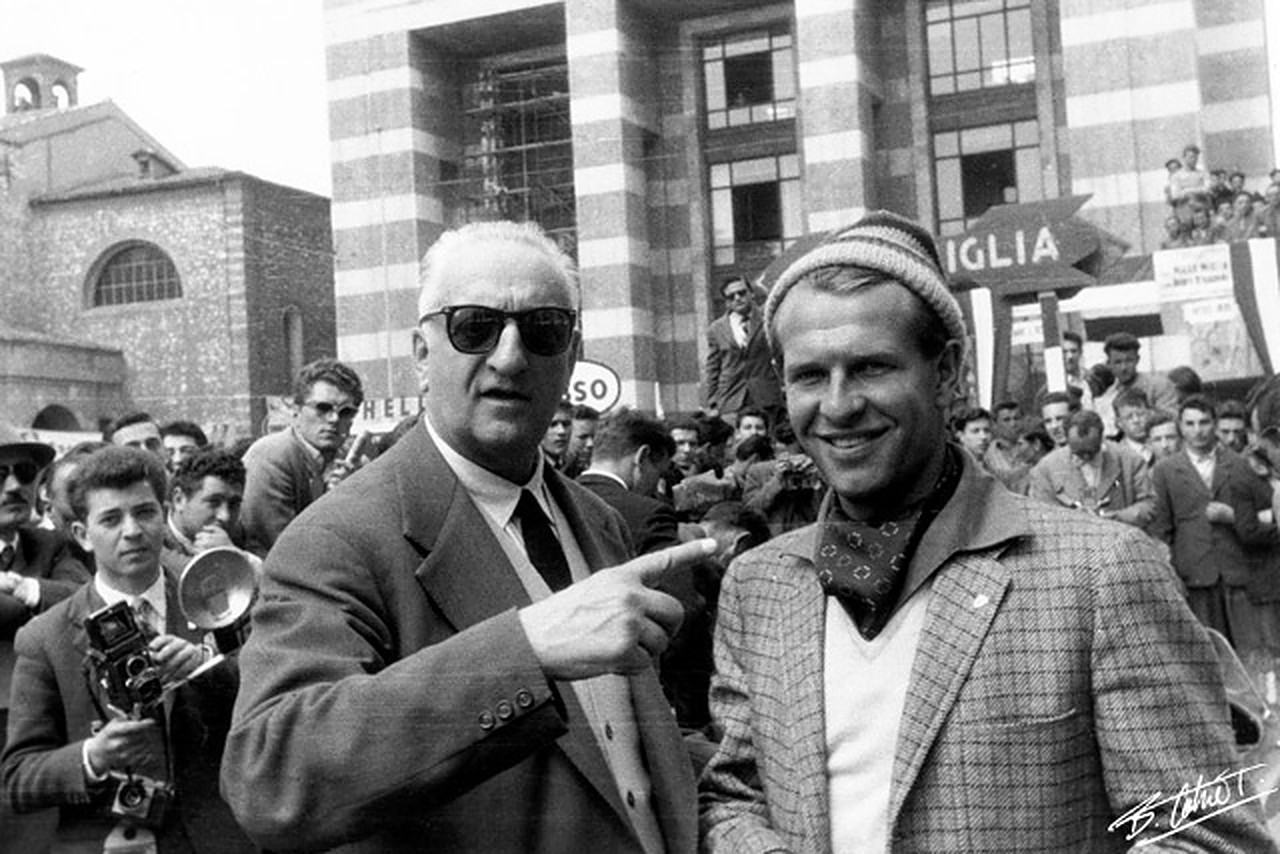 Peter Collins was born on this day in 1931. A handsome young man from Kidderminster, Great Britain, Collins' talent behind the wheel of a racing car was matched only by his off-track charisma.

Collins' move to Ferrari in 1956 saw him win his first Grand Prix at Spa, becoming only the third Briton to do so after Mike Hawthorn and Stirling Moss. His results that summer put him ahead in the world championship.

But he voluntarily relinquished his title hopes when he handed over his car to Juan Manuel Fangio at the Italian GP, a gesture which immediately made him a favourite son of the Scuderia, endearing him to Enzo Ferrari who labeled Collins "a really great one".

He was back in the mix in 1958 however, winning the British GP at Silverstone. Alas, it would be his last win, for tragedy struck at the following race at the daunting Nurburgring.

While he was dueling for the lead with his team mate and Tony Brook's Vanwall, Collins lost control of his Ferrari through the twisty Pflanzgarten section.

The 27-year-old was thrown out on impact upon hitting a fencing, and died in hospital later in the evening.

A popular figure in Formula 1, his death caused enormous grief in the racing community, and in Great Britain as well, as he was remembered as a true gentleman and as one of the most gifted drivers of his generation.

When Boutsen braved the elements Down Under

The end of a cold war between F1's giants