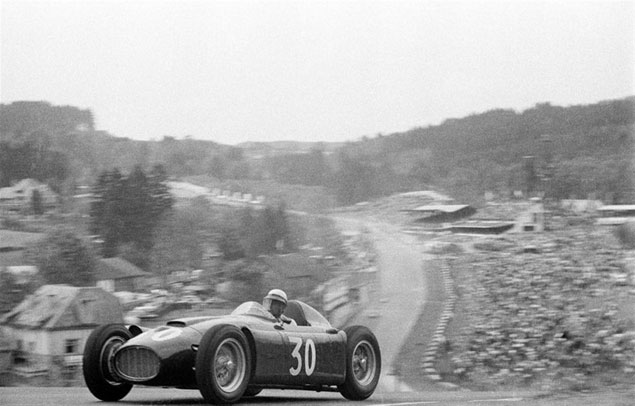 Former F1 driver Eugenio Castellotti would have celebrated his 85th birthday today, had he not been killed in private testing at Modena in 1957. The Italian racer has established himself as the successor to two-time world champion Alberto Ascari, who had taken him under his wing. Castellotti’s list of achievements include securing a stunning pole position at Spa-Francorchamps in 1955. On that day, he beat the almighty Mercedes W196 of Juan-Manuel Fangio and Stirling Moss in his privately-entered Lancia D50. His performance was all the more remarkable considering that it took place only a few weeks after his mentor Ascari had died.

A sigh of relief