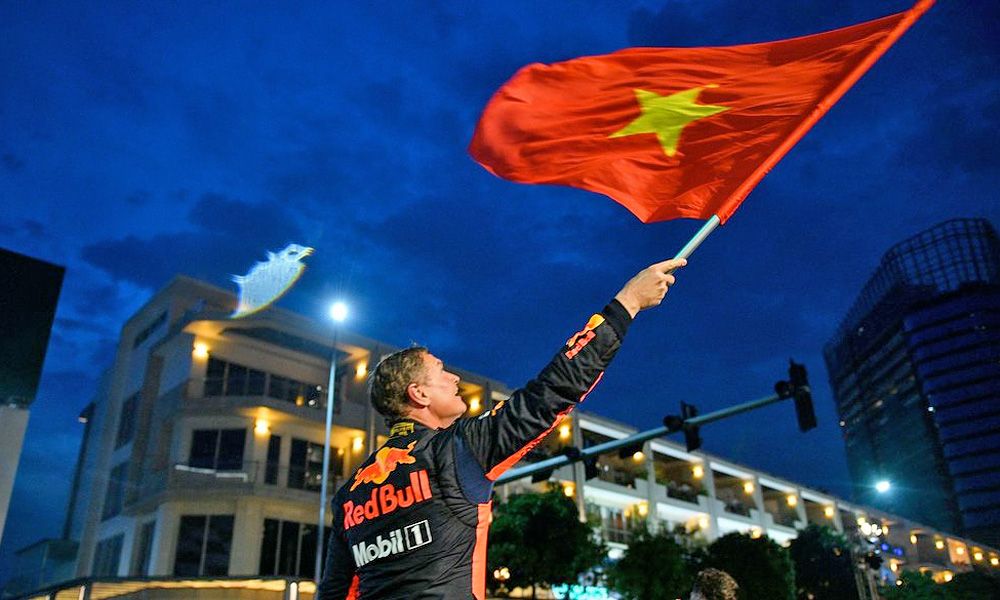 Red Bull's Live Events team has been putting an 'off' weekend to good use with a trip to promote the sport on the streets of Ho Chi Minh City.

Vietnam is one of the cities being linked with staging a Grand Prix event in the near future. And gathering from the excited fans who showed up on Friday, it would be a very popular move!

Former driver David Coulthard was at the wheel of the legendary championship-winning RB7 from 2011 for F1’s first live performance in the country.

He completed three runs through the 650m course, which had been laid out on Nguyễn Cơ Thạch Street. The runs were split between daylight, twilight and in the evening under floodlights.

“It really feels somewhat emotional when you bring a Formula One car to a new country,” Coulthard said. "In a sport that’s been so kind to me, you feel that you’re sharing it with a new generation.

"I’m sure the people that were here today and the media coverage this gets will make people tune in and watch Formula 1. That’s something which, as a passionate fan of motor racing, makes me very proud.

"It’s my first visit [to Vietnam] too. It’s great to be in a place that’s clearly full of very friendly, educated, enthusiastic people," he added. "To be able to let them hear first-hand and see, up close, the engineering art of Formula 1."

Sadly, a downpour made it impossible for him to perform any burn-outs. But what Heineken’s Perfect Experience with F1 festival lacked in tyre smoke it more than made up for in ear-splitting noise from the Renault V8 engine! 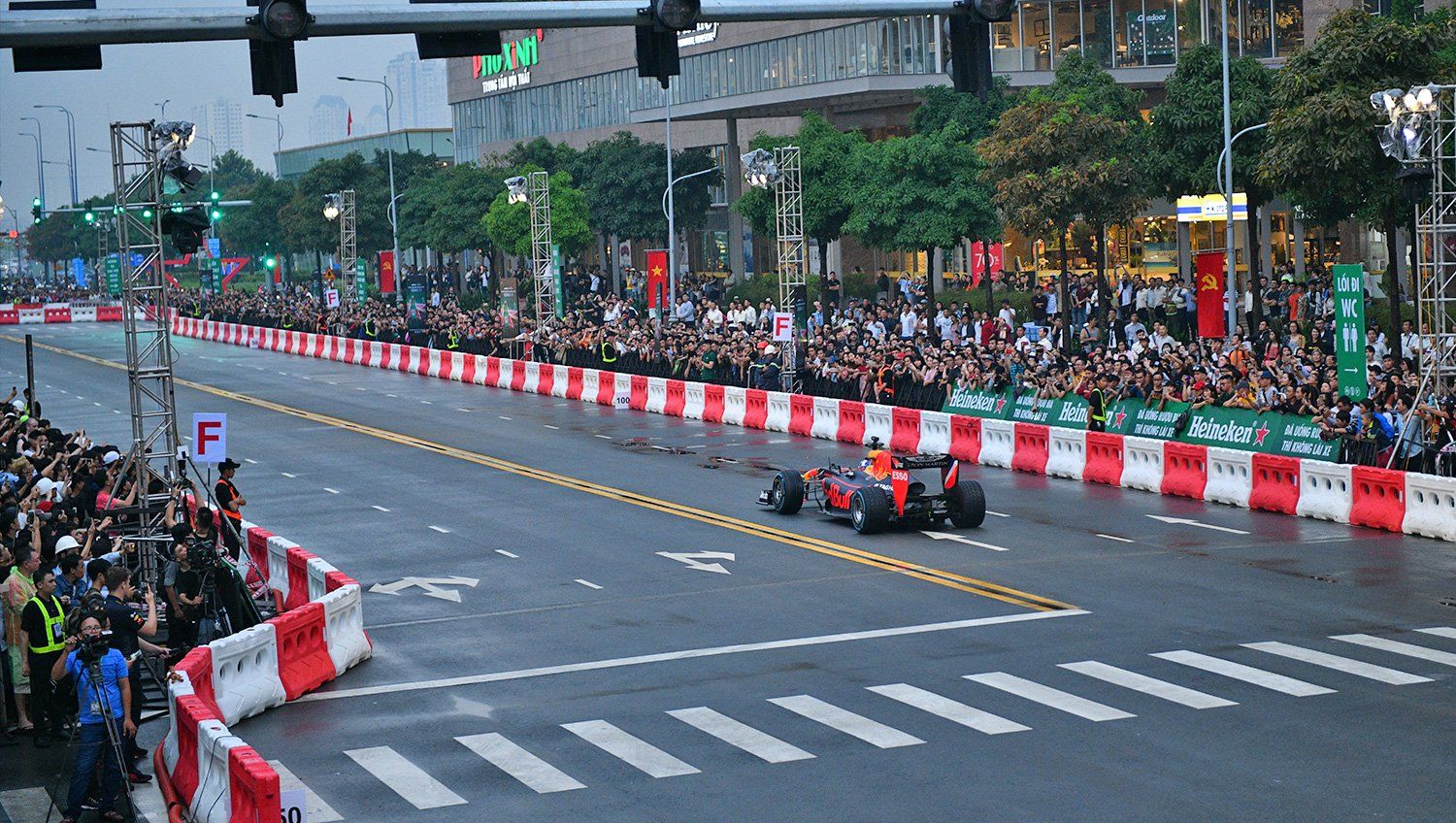 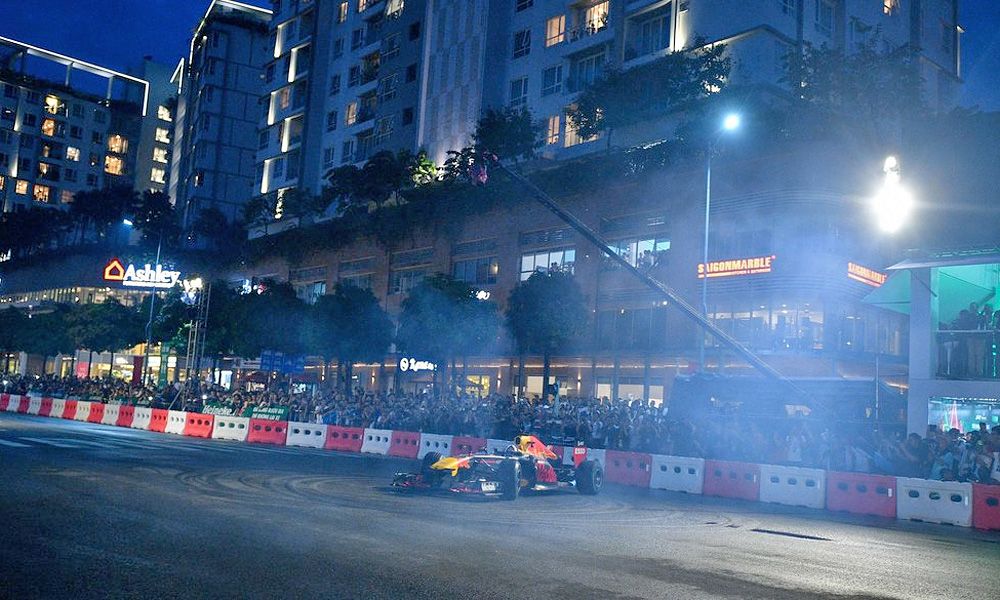