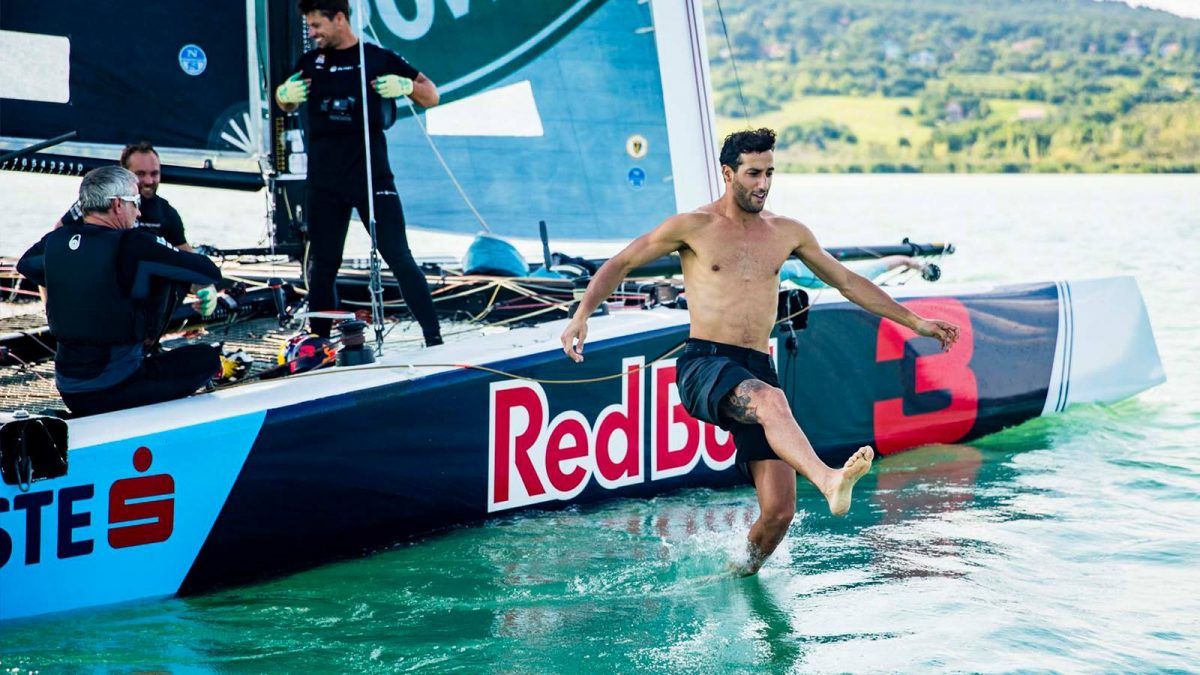 Many believe - including himself - that Lewis Hamilton is F1's annointed one, but this indiscreet shot of Daniel Ricciardo walking on water offers clear evidence that it is the Aussie who is the Messiah.

The story behind the pic? The Aussie and his team mate Max Verstappen hooked up this week with the crews of the Red Bull Extreme Sailing Team to try their hand at Catamaran racing on Hungary's beautiful lake Balaton.

The pair were showed the ropes of competitive sailing, and were quite impressed with both the boats and the skills of their Olympic sailing gold medalist coaches, Hans-Peter Steinacher and Roman Hagara.

At the end of the day however, Ricciardo needed no sails to head back to terra firma, disembarking and confidently walking across the moor as onlookers watched in bewilderment!

The first of Hamilton's record five wins in Hungary