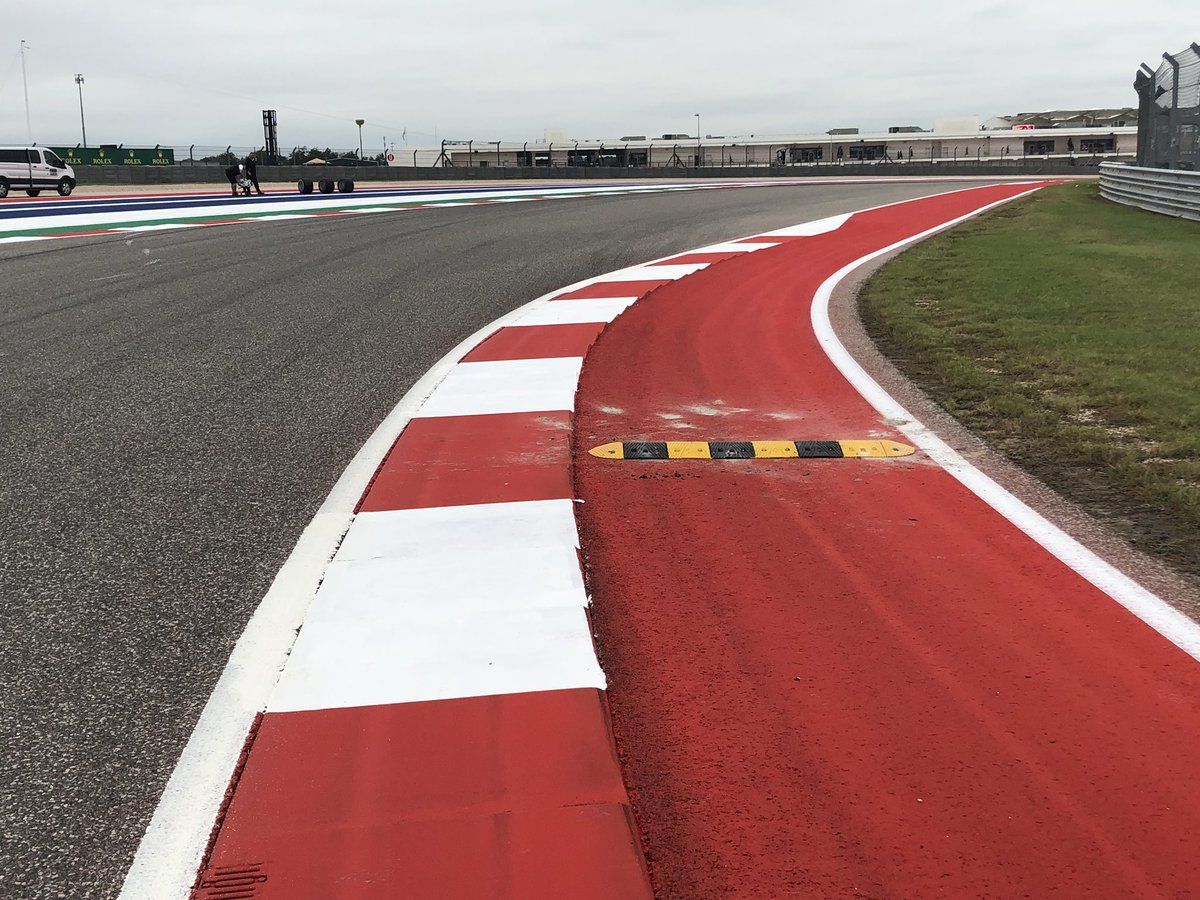 This just has to be an outright winner for 'tweet of the week'.

On Thursday, the Circuit of the Americas' posted on its Twitter account a picture of a new kerb installed by the FIA behind the apex at Turn 17 and aptly named it 'the Verstopper'!

Why, you ask? Because the corner was the scene last year of Max Verstappen's controversial overtake of Kimi Raikkonen on the last lap of the US Grand Prix

The move, seen as a clear transgression of track limits, was ultimately punished by the stewards and their decision kicked up a firestorm with the driver and the fans.

With the 'Verstopper', prevention is better than cure…

Hamilton and Wolff: Golden Boys in the City