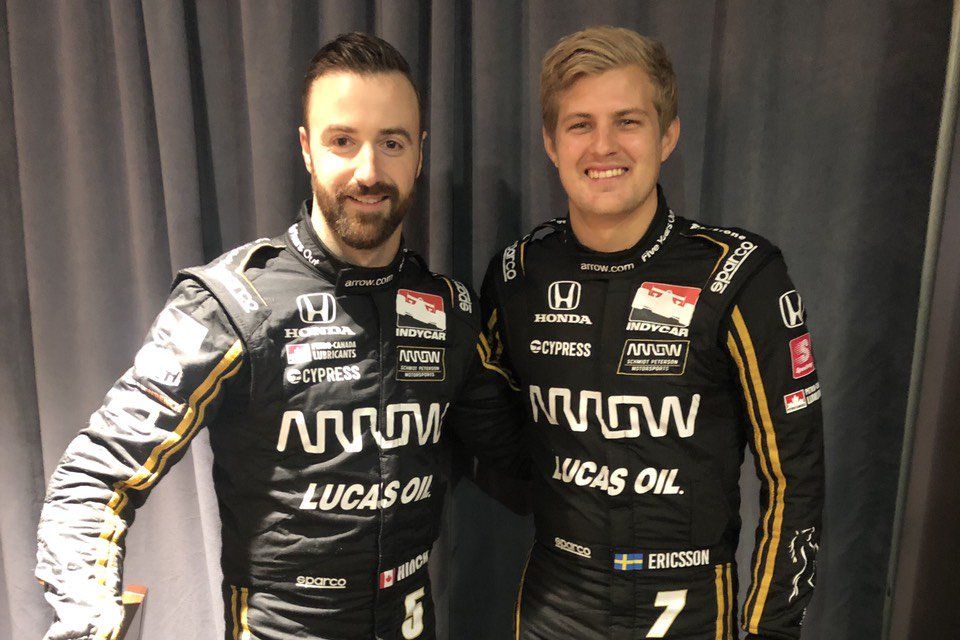 Marcus Ericsson is all suited and booted for his new endeavor: a season of IndyCar racing!

After five years of Formula 1, the Swede has headed west to America where he hopes to discover greener pastures with the Schmidt Peterson Motorsports outfit in IndyCar.

The team conducted its unveiling yesterday in Denver, showcasing the black and gold colors that will adorn this season the Dallara-Honda cars of Ericsson and team mate James Hinchcliffe.

Ericsson's grand debut driving the #7 SPM-Honda will take place on March 10 on the streets of St. Petersburg in Florida.

"When I got the news I was not continuing in F1 I looked at other options and IndyCar was something I had followed for many years and the series has got a lot of momentum, great drivers and teams," said Ericsson.

"It was a series I was interested in. I got in touch with SPM and we went from there, it's been super exciting joining the team and being made to feel welcome.

"Everything is new, not only the team, but the tracks and the country. I have great team-mates and people I can lean on.

"James is an awesome guy, very experienced too. I've asked him a lot of things about driving the car, also Robbie [Wickens] about IndyCar and they're helping me get up to speed."

Baby Button on its way for Jenson and Britt