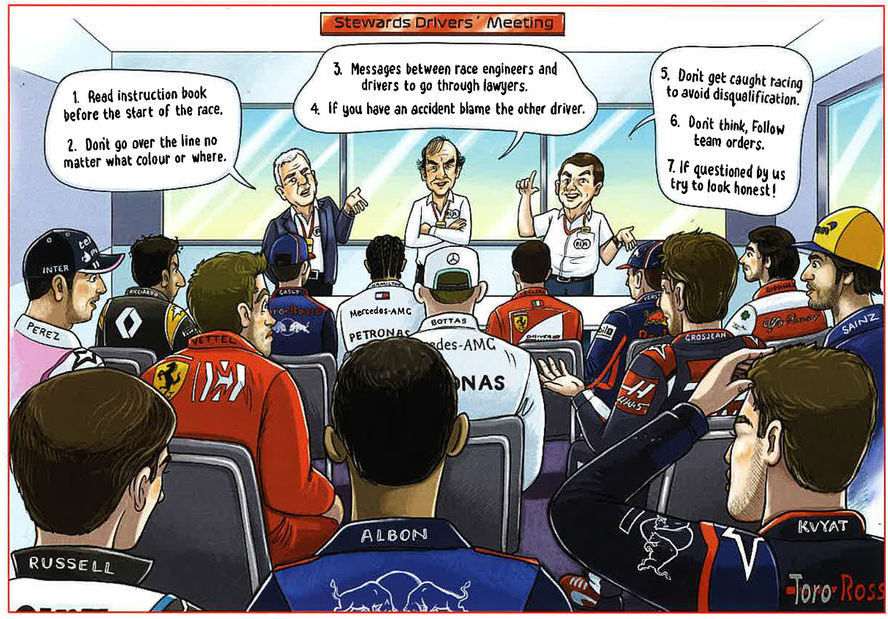 It's that time of the year again, when a thrilling sense of anticipation grips the F1 community.

There's the contemplation of a week off from the factory grind or the expectancy of a well-deserved bonus, but it's all superseded by the prospect of Bernie Ecclestone's traditional Christmas card landing in the (e)mail box.

Bernie is no longer in charge of Grand Prix racing's destiny, much to many people's chagrin apparently, but the former F1 supremo has fortunately upheld his long-lasting ritual of forwarding his season's greetings.

The always farcical scene depicted on this year's card involves a Friday drivers' briefing and some confusing recommendations from the stewards.

FIA drivers steward Emanuele Pirro - a man who found himself on the receiving end of the ire of Sebastian Vettel's fans in Montreal - suggests that "messages between race engineers and drivers are to go through lawyers" in the future", while his colleagues issue a few equally wacky orders.

As usual, the card likely entails a hidden message from Mr. E. Interpret at will!

Mercedes: Muted sound of F1 has brought families to the track