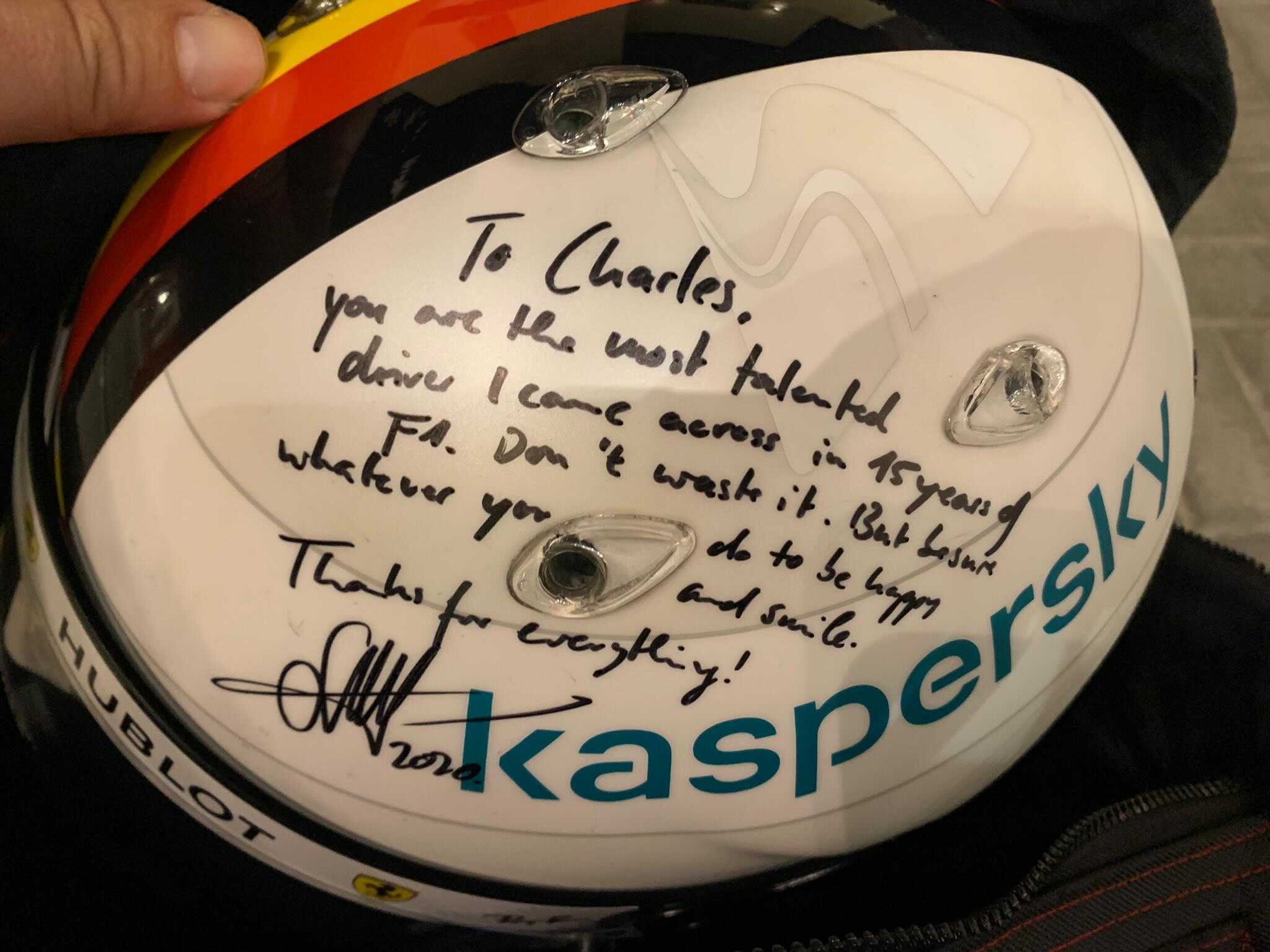 And the moment will likely be remembered by both drivers as the highlight of their final weekend together at Ferrari in light of another unremarkable performance by the Scuderia.

Leclerc sported at Yas Marina a special lid - based on Vettel's own helmet design - that honoured his four-time world champion teammate.

The two men found themselves at odds with each other on the track a few tiles in the past two years, but there is no doubting the abundance of mutual respect that unites them.

As Vettel donated his helmet to the Monegasque, he inscribed a heartfelt tribute to Leclerc.

"To Charles, you are the most talented driver I came across in 15 years of F1. Don't waste it. But be sure whatever you do to be happy and smile. Thanks for everything!" 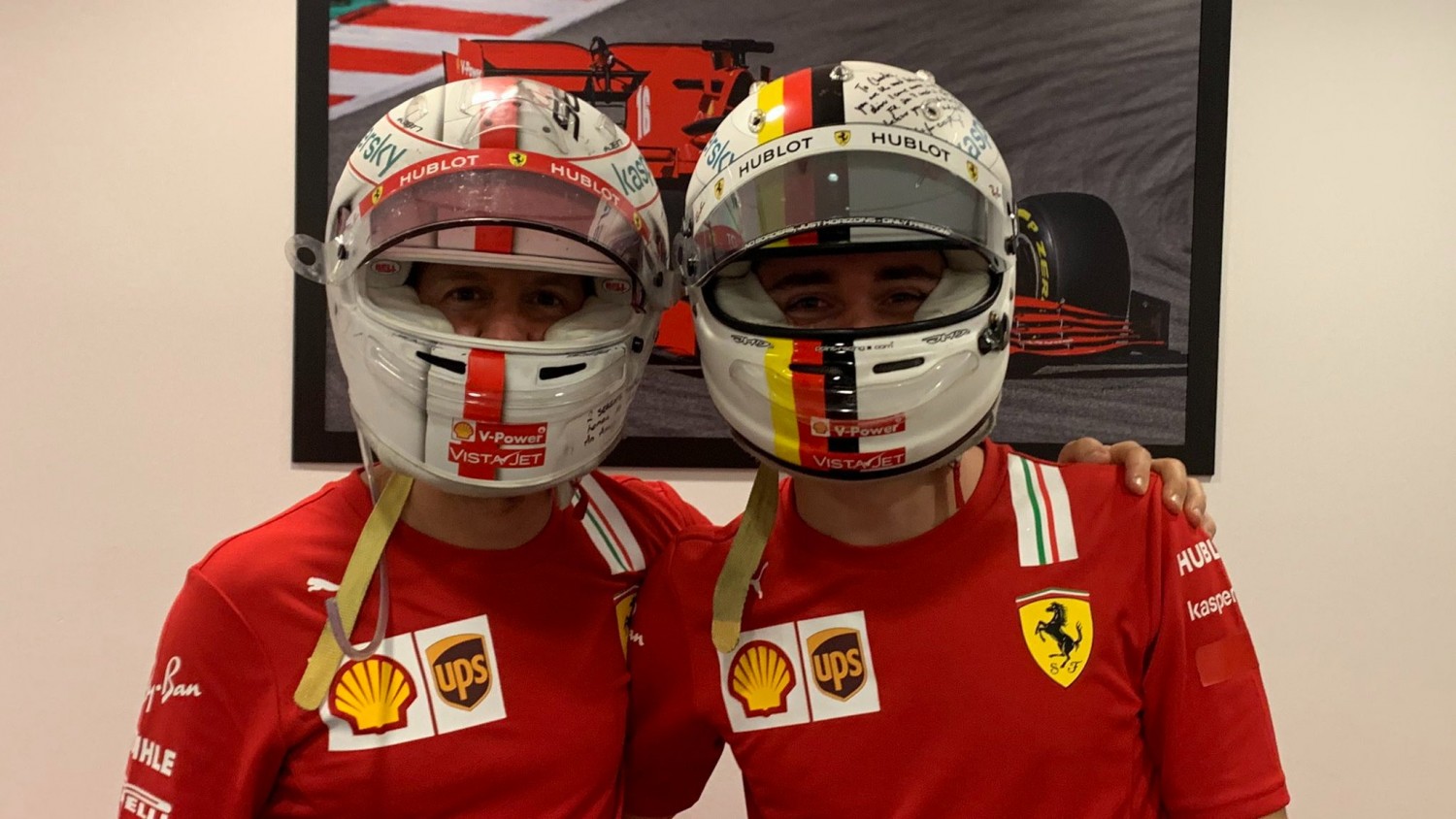 A helmet swap with no hard feelings