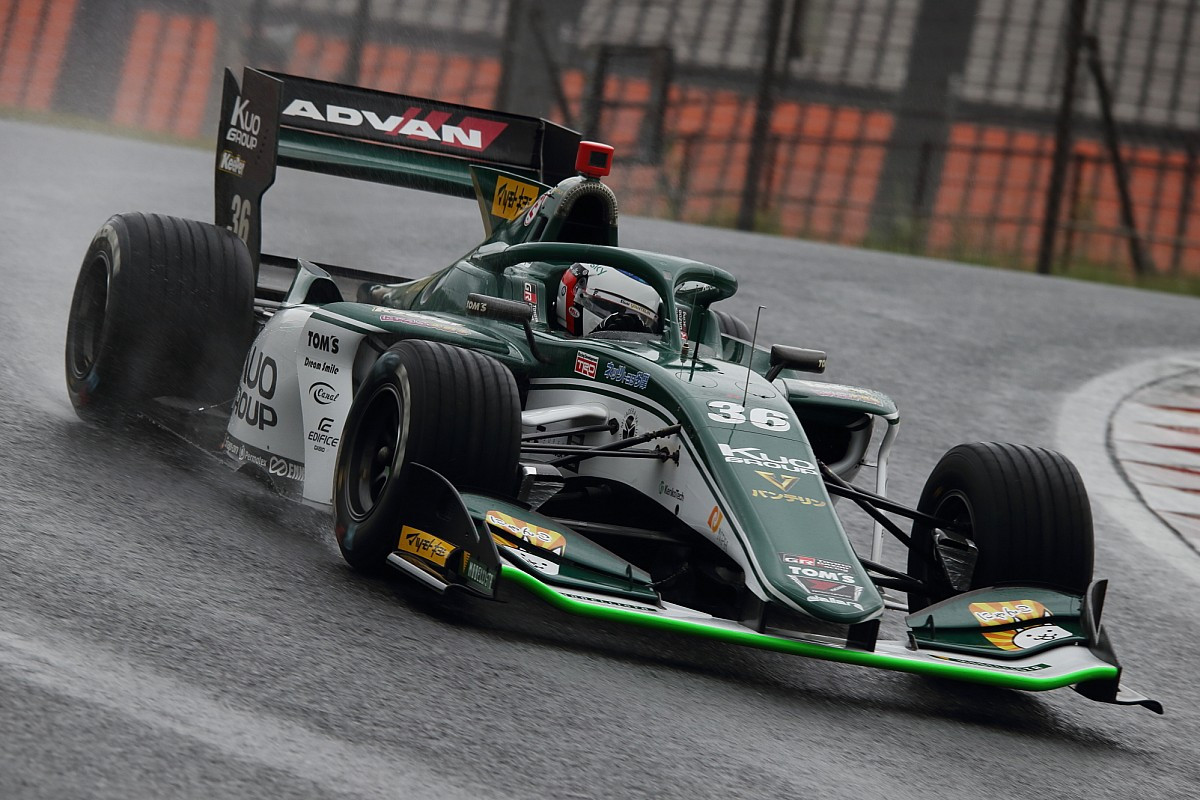 Giuliano Alesi upheld his family's motorsport heritage in Japan on Sunday, with the 21-year-old clinching his maiden Super Formula triumph at Autopolis.

The son of former Grand Prix driver Jean Alesi who left Europe last winter to breathe new life in his single-seater career defied the elements to secure pole position for the Japanese series' third round.

The rain was ever-present once again at the start of Sunday's race which was marked by chaos on the opening lap and two safety car interruptions before the event was red flagged after 13 completed laps, all of which were led by Tom's Alesi.

With less than 75% of the planned distance completed, only half points were awarded to the field. But come rain or shine, a win is a win for the young man from Avignon and former Ferrari Academy member.