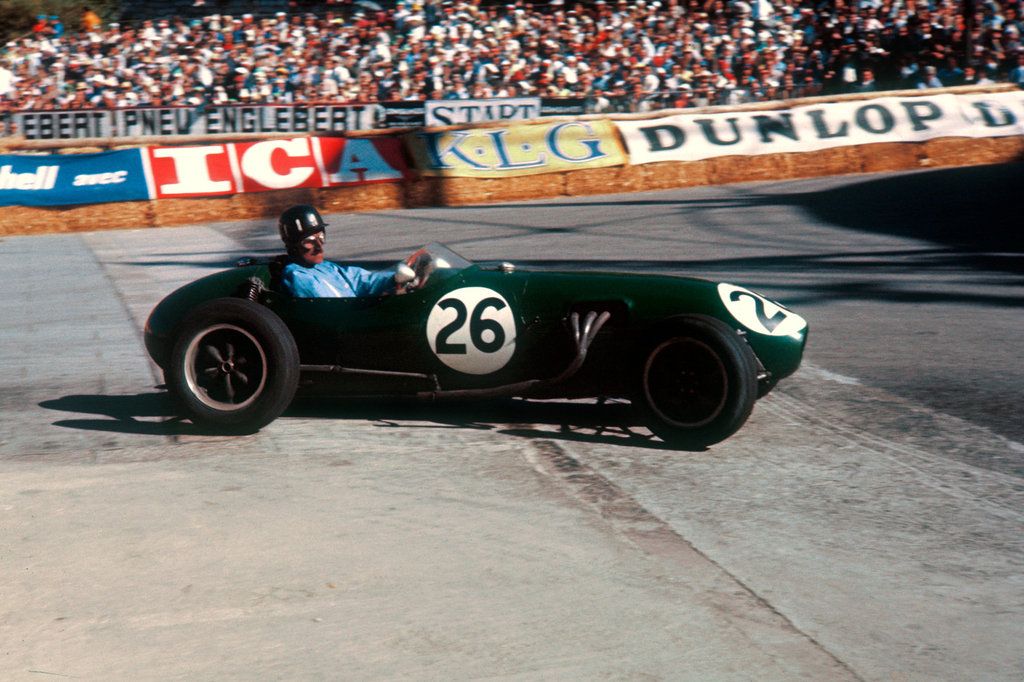 It was the start of a long and prosperous journey for the legendary British team, a trip to 606 Grands Prix, 81 wins, seven Constructors' titles and six Drivers' championships split between Jim Clark, Graham Hill, Jochen Rindt, Emerson Fittipaldi and Mario Andretti.

In the picture by Bernard Cahier above, Hill is seen here rounding the Principality's Gazomètre before the Briton was sidelined by a drive-shaft failure while running sixth. But Allison would go on to finish in sixth position, although 13 laps behind the Cooper-Climax of race winner Maurice Trintignant.