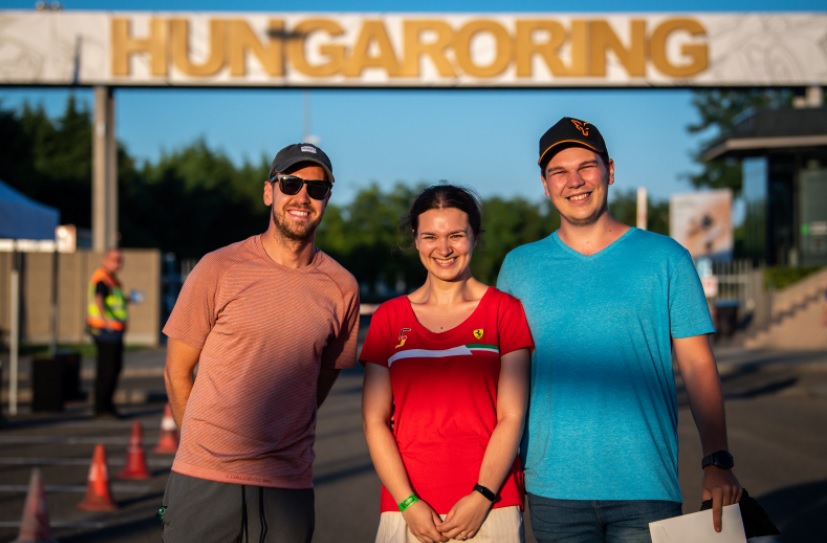 You've just got to love Sebastian Vettel. When he's not teaching the kids about the environment or collecting litter from Silverstone's grandstands, he'll drop in on a young couple's informal engagement at the Hungaroring.

Some will argue that the four-time world champion is getting more attention off the track than he is on it, but we'll take a wholesome, feel-good story involving Seb any day.

Vettel fan Daniel Koronczi encountered his idol at Budapest airport this week and slipped the Aston Martin driver a short note asking if he could meet up with him late on Friday at the entrance of the Hungaroring to witness his surprise proposal to his girlfriend Veronika.

When the time came, there was no sign of the F1 driver who was likely locked in an all-important debrief with his team.

But just after Daniel had popped the question to his bride to be, Vettel showed up, unsure if he had gotten the time right, to congratulate the two love birds and mega fans!

"He just appeared there and asked: 'Did you wrote 7:30?'. I think, I don't need to describe how much LEGEND this man is," wrote Daniel on Instagram.

That one day when Verstappen really felt the heat!