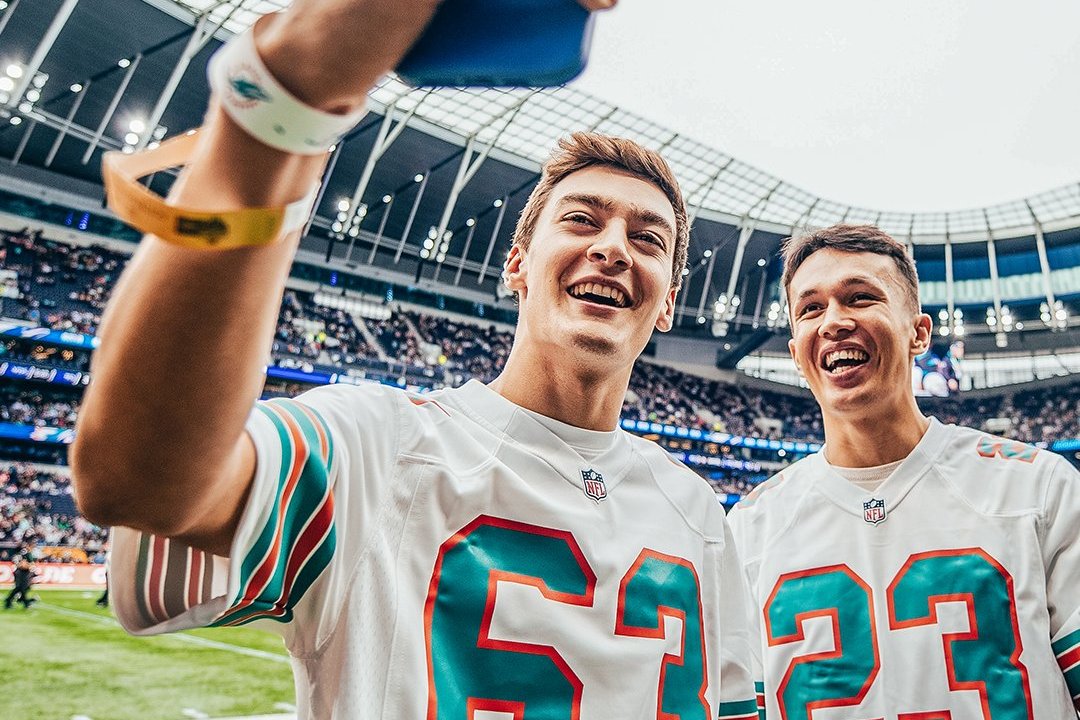 The NFL traveled to the United Kingdom this weekend, where the Miami Dolphins took on the Jacksonville Jaguars in London, at Tottenham Hotspur Stadium.

Williams charger George Russell and the man who will succeed the Mercedes-bound driver at the British outfit next season - his good mate Alex Albon - were on the sidelines to take in the action on Sunday.

And the pair were logically decked out in Dolphin jerseys emblazoned with their respective race numbers as they supported Miami's historic NFL franchise to celebrate the Magic City's arrival on the F1 calendar in 2022.