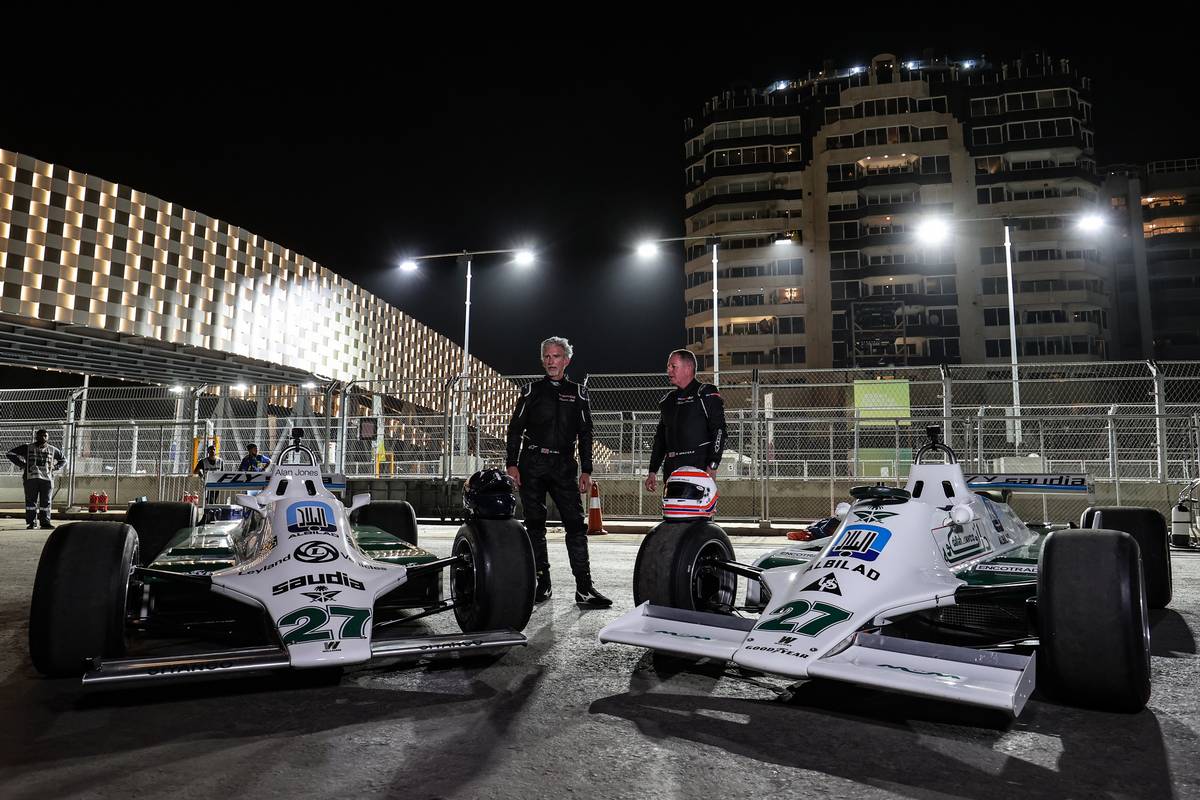 Saudi Arabia played a pivotal role in launching Williams into F1's stratosphere in the late 70s, with the British outfit receiving the bulk of its sponsorship at the time from the Kingdom's investors.

It was therefore only fitting for Williams to roll out in Jeddah a pair of FW07 cars from its Heritage collection to pay an homage to both the country and to Frank Williams who sadly passed away last Sunday.

F1 world champion Damon Hill and Martin Brundle, who raced for Williams at the 1988 Belgian Grand Prix, were on hand on Thursday night to do the honours of opening up the Jeddah Corniche Circuit and becoming the first drivers to lap the new track onboard an F1 car.

The moment was but the first of many tributes that will be paid to Sir Frank this weekend.