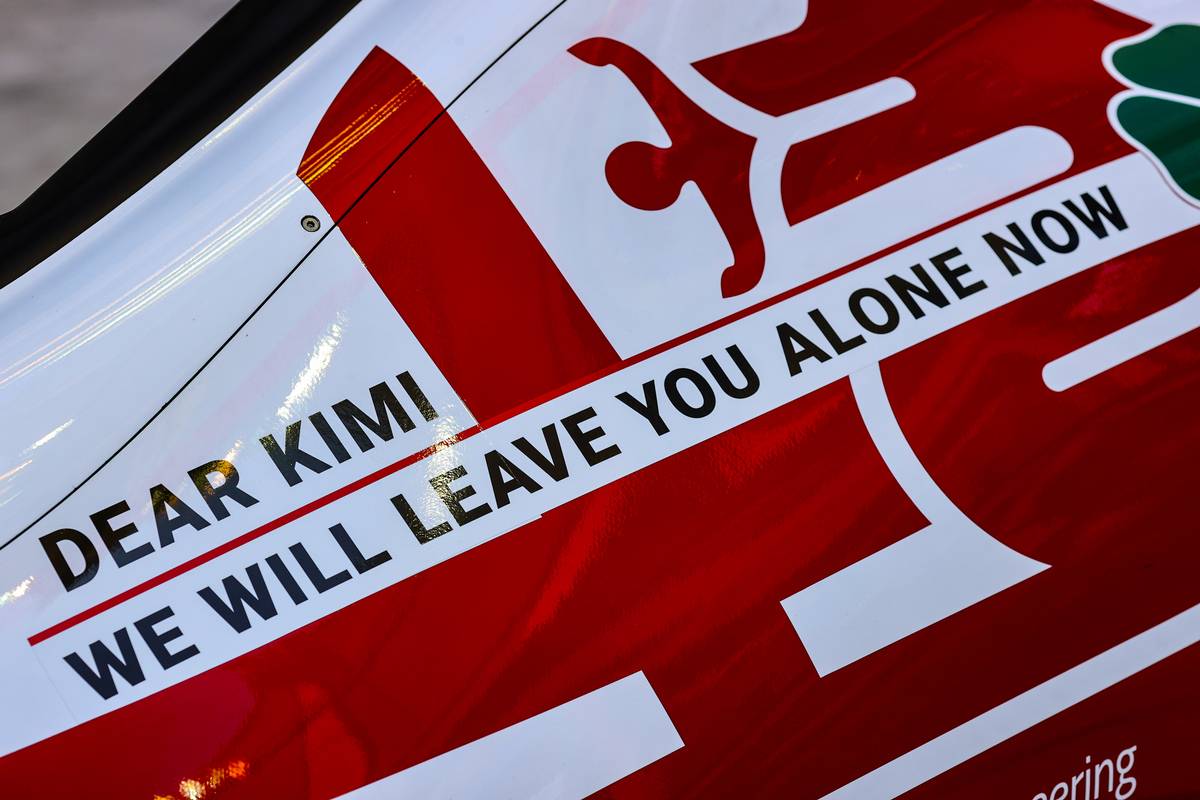 Kimi Raikkonen's taciturn nature - a signature trait that has ironically only added to his popularity over the years – has often projected the image of a quiet man with little troubles.

However, in the heat of the moment, when his full focus is on the job at hand, the Iceman won't hesitate to abruptly dismiss an incoming message form his team's pitwall.

"Just leave me alone, I know what to do" is undoubtedly the Finn's most memorable F1 retort, one that has been elevated to the rank of a genuine catchphrase ever since it was heard on F1's radio waves in Abu Dhabi in 2012, when the Iceman was driving for Lotus.

Kimi's Alfa Romeo team has emblazoned his famous words on the side of his C41 car for this weekend's season ending round at Yas Marina that will also conclude Raikkonen's career in F1.

It's the ultimate tribute to the Iceman!