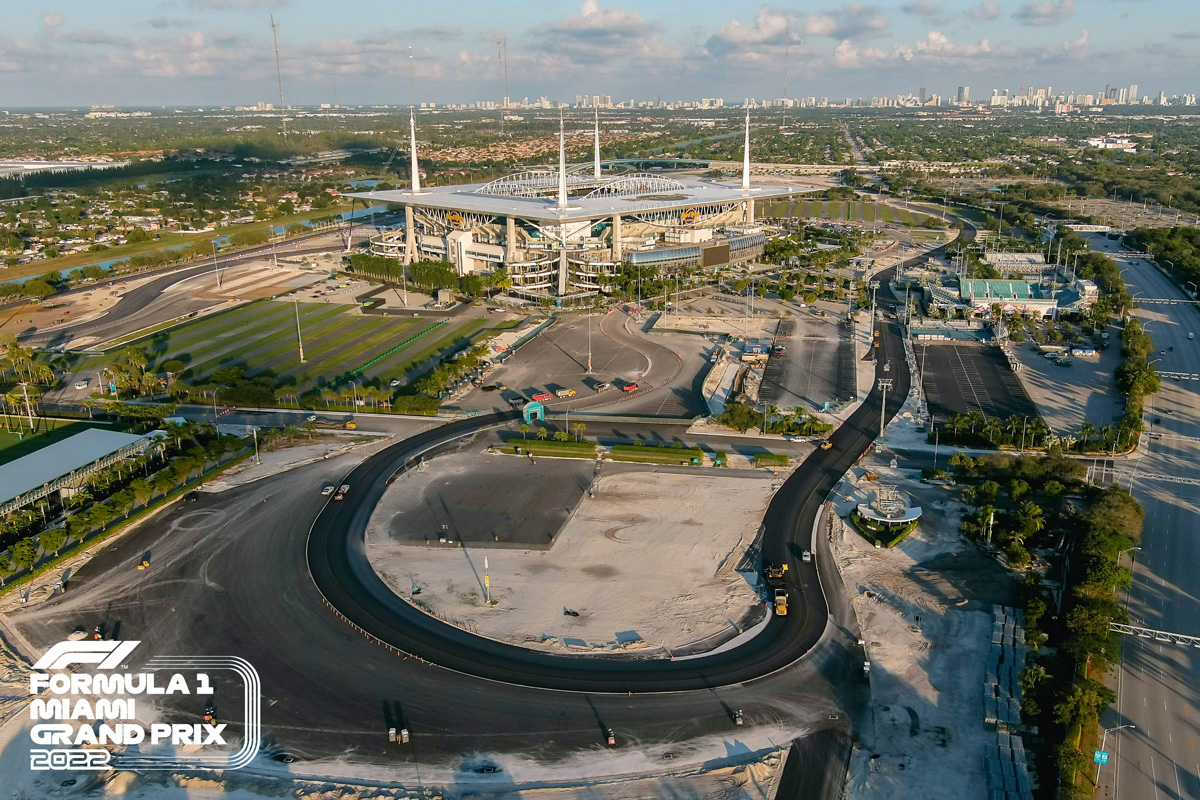 It's not long to go now before Miami becomes the latest new venue to claim a place on the Formula 1 calendar, and work is continuing to ensure that everything is ready.

Local organisers shared these aerial images on social media of the Miami International Autodrome, which is currently undergoing construction in the city of Miami Gardens located in the US state of Florida.

Once finished, the circuit will be 5.410km in length and feature 19 demanding turns. Drivers will face a 57-lap race when they line up for the start of the inaugural Miami Grand Prix on May 8.

George Russell took the opportunity to visit the site last October, as did FIA race controller Michael Masi who declared that it was 'a proper circuit' and a far cry from the races held in the car park of Caesar's Palace Hotel-Casino in Las Vegas in the 1980s.

Work has had to be scheduled around the NFL season, as the chosen location incorporates the Miami Dolphins' Hard Rock Stadium but it still reported to be fully on schedule in time for the arrival of the F1 roadshow in a little under three and a half months time. 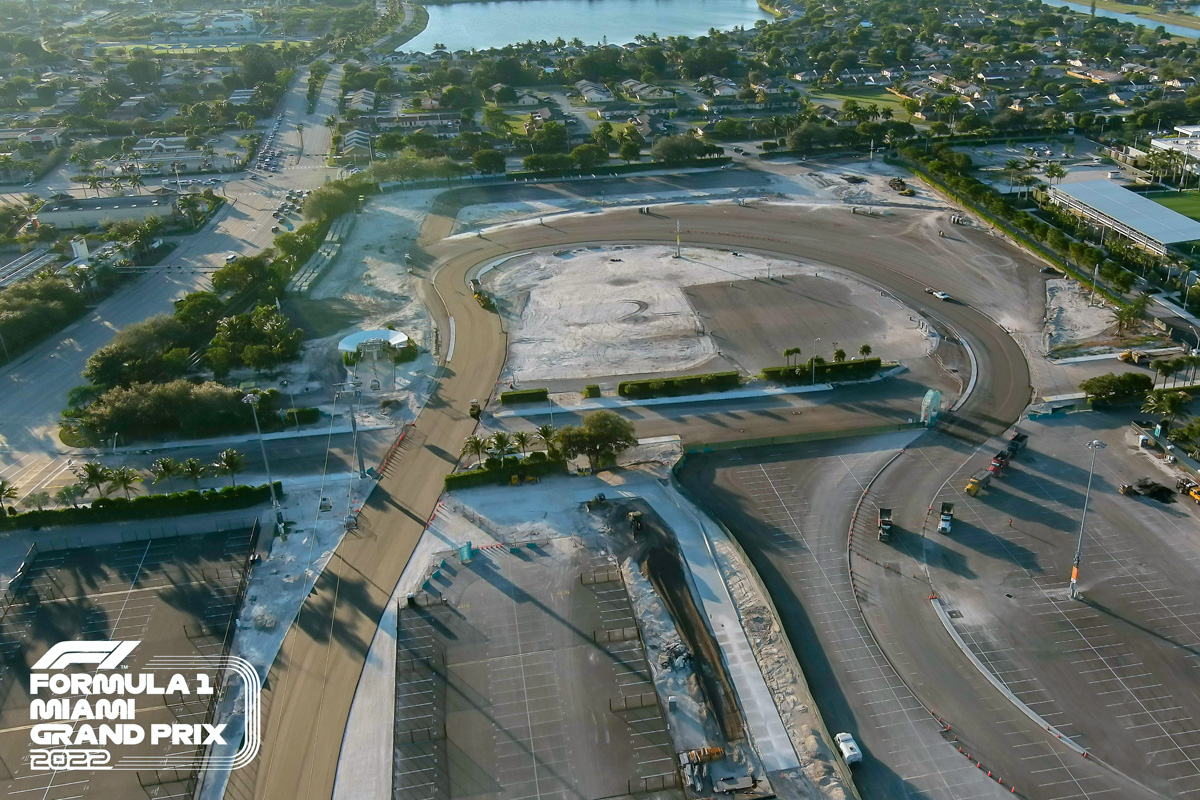