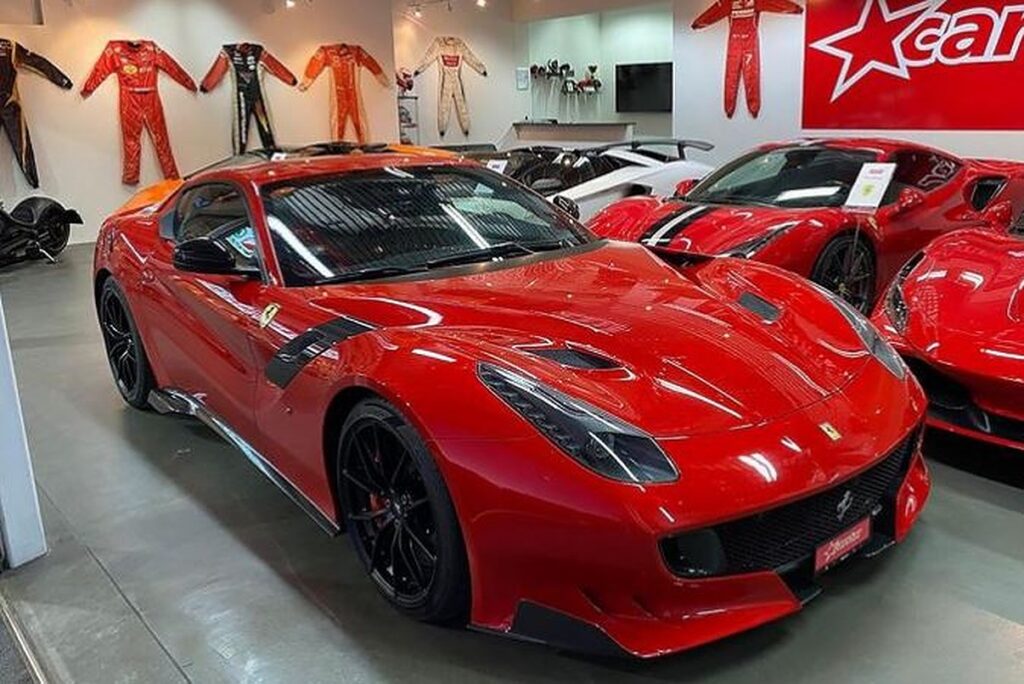 As the last man to deliver a drivers' title to Ferrari, Kimi Raikkonen retains a historic link with the House of Maranello.

And the Iceman's place in the Scuderia's legacy will boost in value anything owned or associated with the 2007 F1 world champion.

Case in point: a 2016 Ferrari F12tdf owned by the Finn has hit the market in Switzerland and is available to any well-heeled Kimi fan for a whopping $2.4 million!

The V12-powered 770 bhp supercar, of which only 799 were made, was sold at around $620,000 upon its introduction, but Raikkonen's example sports a few custom add-ons that have appreciated its value along with the car's rarity and its prestigious ownership.