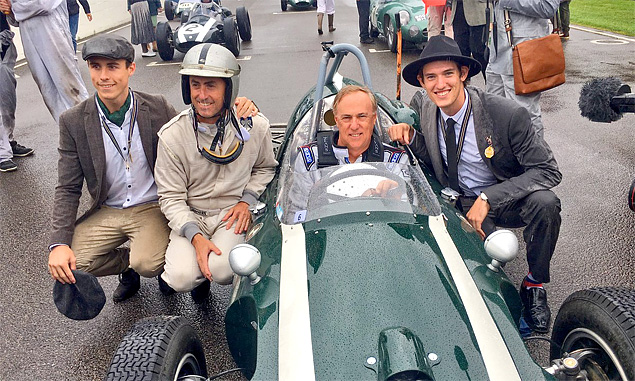 The 'Brabham' name is undoubtedly one of the most famous in the annals of motorsport, a veritable racing dynasty as this photograph from this year's Goodwood Revival proves.

Sir Jack Brabham was a three-time Formula One world champion in 1959, 1960 and 1966 and the founder the Brabham racing team that began life in 1960 and continued to take part in F1 right up to the 1992 Hungarian Grand Prix.

Sir Jack himself retired from racing in 1970 at which point he moved back home to Australia and bought a farm and other business interests including a racing engine manufacturer.

Sir Jack died at his home on the Gold Coast on 19 May 2014, aged 88, following a lengthy illness. His youngest son David said afterwards: "He lived an incredible life, achieving more than anyone would ever dream of and he will continue to live on through the astounding legacy he leaves behind."

The crash that sparked 'Crashgate'

Congratulations to Mr and Mrs Bottas